As April departs with its spring showers and May blossoms with its flowers, Muslims worldwide are gearing up to celebrate Hari Raya Aidilfitri, also commonly known as Eid al-Fitr, which translates to ‘Festival of Breaking the Fast’.

While Muslims partake in this yearly affair by performing Eid prayers and seeking forgiveness or forgiving one another, each country has its traditions of celebrating this festive season. Take a look at the different Aidilfitri celebrations and practices in these five countries.

In China, Muslims are a minority and Huizu (Hui people) is the predominant ethnic group of Chinese-speaking adherents of Islam. In the Northwestern China region, particularly Xinjiang, the festivities are highly regarded as they observe a three-day public holiday. The Hui people in Western China’s Gansu, Qinghai, and Yunnan provinces call this occasion Da Erde (Big Id), while people in the southern part of Ningxia call it Xiao Erde.

During this time, families gather to feast on glorious meals together. Some devotees may even travel to visit the tomb of Sayyid ‘Ajjal, the first provincial governor of Yunnan who is of Muslim faith, after their communal prayers and conduct Quran readings and tomb cleaning.

The defining tradition that Chinese Muslims observe is their unique recipes during this occasion. This cuisine is known as Qingzhen Cai and includes Chinese-style halal dishes that mainly use mutton and lamb as their staple ingredient. A must-have dish to be served is You Xiang, a deep-fried dough that only the family elder can make and must recite the Tasmiyah (a sacred Islamic phrase) beforehand.

The night before Eid is called Chaand Raat in India, which means Night of the Moon, and Eid al-Fitr is known as Id-ul-Fitr in India. Upon the first sighting of the new moon for the month of Shawwal (the tenth month of the lunar-based Islamic calendar spelled as Syawal in Malaysia), Indian Muslims will revel in an all-night-long festivity by visiting bazaars and shopping malls for last-minute shopping. During this time, Chandni Chowk Market, Delhi’s biggest shopping hub, is bustling with activity until Fajr prayers in the morning.

In preparation for the festivities, women will apply traditional mehndi (henna) on their hands and feet and wear colourful bangles. When dawn breaks, those who celebrate this occasion will give Zakat al-Fitr (donations to the less fortunate) before prayers commence.

Crowds of devotees will come with their prayer mats, and it’s a sight to behold at Jama Masjid in Delhi, Haji Ali in Mumbai, and Hazratbal Shrine in Srinagar. Devotees would flock to the Hazratbal Shrine, also known as Dargah Sharif, to view a relic called Moi-e-Muqqadas, which is believed to be the whisker from the beard of Prophet Muhammad.

During this time, families will gather to celebrate the three days of festivities. Besides its spices, India is well-known for its sweets, and the Eid delicacies certainly do not disappoint. Desserts such as sheer khurma (toasted sweet vermicelli noodles with milk and dried fruit), saviyaan (a sweet milky pudding with dates), and ras malai (a rich cheesecake) will be served during open houses, while a savoury bite called kibbeh (a meatball made of beef or lamb) is also on the menu.

This tradition is typically carried out in offices or at schools after the Eid holidays, whereby colleagues and students perform the act of handshaking to ask for forgiveness from one another, followed by a communal meal that is enjoyed together.

Meanwhile, the Javanese have their way of celebrating Eid al-Fitr. Riyaya is known as the Javanese Idul Fitri festivities, and all factions within the community: abangan (peasant), santri (villager), and priyayi (trader) gather to seek forgiveness from each other.

Syawal Grebeg is a tradition that is unique to Yogyakarta, whereby the Sultan of Yogyakarta gives out alms to the public through a big procession called Numplak Wajik. Seven decorated bundles of donations, called gunungan, will be prepared at least two months beforehand at the Kraton Ngayogyakarta Hadiningrat (The Palace of Yogyakarta).

The Numplak Wajik ceremony occurs on the first day of Idul Fitri, and the alms are paraded from the palace to the Gedhe Kauman Mosque, where members of the public can try their luck to receive the Sultan’s offering.

Eid al-Fitr in Turkey is also affectionately known as Ramadan Bayram or Şeker Bayramı, which means the holiday of sweets! During this time, Turks perform prayers at mosques across the country to usher in Eid al-Fitr. Did you know that in 2020, Hagia Sophia regained its mosque status? Eid prayers were held within its walls for the first time in 87 years.

Family gatherings during Ramadan Bayram are expected, and young children will also visit neighbours and relatives and greet them with a, “Happy Bayram,” to receive a sweet treat in return.

The sweet treats that children may receive range from candy to chocolates, not forgetting traditional Turkish treats. Baklava or Turkish Delights are popular choices and are sometimes accompanied by money packets akin to our duit Raya.

The country goes all out to ensure that mosques, minarets, and public fountains are adorned with beautiful lighting. Sufi music (devotional music inspired by the works of poets), concerts, and dancing ceremonies will also take place, along with various Turkish shadow play theatres featuring the tale of Karagöz and Hacivat.

Eid al-Fitr is a grand affair in the United Arab Emirates, with men buying new kandora (a traditional long robe, often white) or dying their existing kandora with walnut oil and cardamom. Emirati women will wear the abaya (a thin, flowing cloak covering the body) or the burqa (a mask made with a cloth designed to cover the forehead and upper lip).

The day begins with prayers at an Eidgah, an open-air enclosure reserved for Eid prayers offered in the morning of Eid al-Fitr. Following the prayers, a three-day feast begins, and majlis (where community members gather to sit) are held. Visitors are greeted by the saying, “Eid Mubarak,” which means blessed feast or festival, and are offered fruits, dates, tea or coffee, and biscuits.

It’s not just the residential homes filled with excitement, but the entire city comes alive. The waterfronts in Abu Dhabi are the most happening, where you can view fireworks by the stroke of midnight on Eid al-Fitr. Yas Marina‘s sky pyrotechnics is a yearly affair that most Emiratis won’t miss! 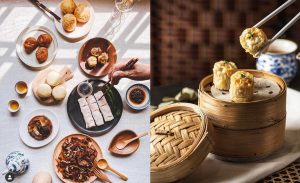 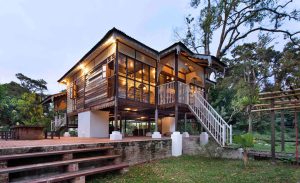 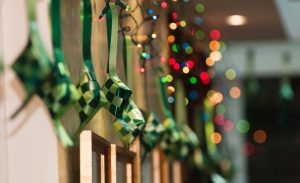 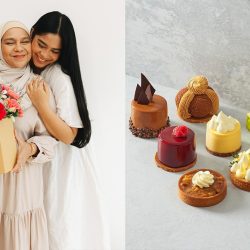