Not only is this piece a witty, incisive take on male culture in the capital, its self-deprecation only makes it more endearing.

Sagar Malik, a Delhian himself, wrote this piece on ‘Delhi Men’ – a catch-all term for nearly half of the city’s population. While the term ‘Delhi Men’ is a massive generalisation, it at times comes with a stereotype that is incredibly hard to ignore.

Malik chimes along with the angry cries that Dehi Men are as foul as its insufferable roads and heat, that they are all the “same brand of disgusting” with their wandering eyes and unnecessarily tight t-shirts.

He deftly rounds them up: there is the spitter, the scratcher, the oily-haired lecher, the guy that calls you ‘madam’ disproportionately loudly, the whistler, the giggler, the music-blaring-window-rolling-eyebrow-raising-driver, the stalker, the by-mistake toucher, the myself-introducer, the potbellied uncle, and the friendship maker. They are mostly just your generic brand of reprobate, likely to be found in hundreds of places in the country, leaning on things outside shops or at parties, determined to enjoy their one-sided staring competitions.

And then there are what Malik calls the ‘Moobs Overcompensator’. The moobs come in three types: the Name-dropper, the Globetrotter, and the Clinger. The Name-dropper comes from the most affluent of neighbourhoods; the Globetrotters are known for picking up traits and accents of places thousands of miles away from the ones they visited; while the Clinger will always insists you’re the one.

Of all the men to avoid, it is the urban men under forty with his disposable incomes and personalities who you’d want to stay clear of. That, Malik warns, is a specialised kind of creep.

If that’s the case, where do sharp, humble, self-aware men like Malik stand amongst the crowd? Rare but growing, Malik and this new wave of men is Delhi Men’s saving grace. They are the men who have become professionals in the fields beyond medicine and engineering, they’ve shopped at other places other than South Extension and Karol Bagh, and have eaten things other than something-tikka, Butter-something, and Shahi-something-else.

Marginally better education coupled with the proliferation of internet and TV means these men are interacting with the world, they are broadening their intellectual and literary horizon.

These are the men who realise how the city is cursed with an often abjectly regressive government, and voice the same anger as women when cops ask what was the sexual assault victim wearing.

The only problem is, the righteousness of these men are drowned in the voices of the archaic and patriarchal.

Those who fear change are holding on to the world of the abjectly regressive government and are merely watching as the world evolves around them. They pick and choose the Western modernities to enjoy, at the same time blame the West for the evils that has proliferated into their society. These men will continue to expect their sisters back from college for lunch at home every day as they go to Bangkok for their bachelor party. They will continue to breed, and their children who often learn from what they see will be the same kind of men as they were.

That is why, Mailk reveals, that there’s only a handful of them who believe in the fight for equality. Slowly but surely, they are growing. “There are people in the city who’re doing ridiculously cool things with their lives, and external auditing has revealed that approximately half of those people are men. Other interesting statistics revealed include the fact that of all the people who’re enriching the lives of others, again half happen to be men.”

Malik holds on to the hope that one day “such a Delhi boy” isn’t a figurative slap in the face.

It’ll take time but maybe, just maybe, there is hope in Delhi’s men after all.

Tip: To understand Delhi’s attitude towards women, check out Customs and Culture section in the Delhi City Guide for Women.

Aditi Datta
Nothing makes Aditi happier than good shampoo, good design, evolutionary theory and a spicy Bloody Mary. A Bombay girl to begin with, she’s made a home in New York, Glasgow, Singapore and London over the last ten years. After a one-day career in hand modelling (true story) and a much, much longer stint in brands & advertising, Aditi is all set to make the most of her Delhi/NCR chapter. Aditi is the Delhi Editor for Zafigo and her writing has appeared in Little Black Book Delhi, Travel+Leisure and Huffington Post.
TAGS:
Culture Talk
Share This Story
0
Shares
Share Tweet Message 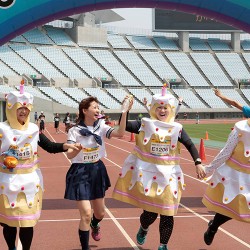