TripAdvisor, the world’s largest travel site, announced its commitment on 12 October 2016 to launch a set of industry-leading actions to improve the animal welfare standards in tourism. Their new effort includes changes to its policy on selling tickets to animal attractions, and the launch of a new education portal to help inform travellers about the standards of care for wild, captive, and endangered species in tourism and their interactions with tourists, and their impact on wildlife conservation.

TripAdvisor and its Viator brand will discontinue selling tickets for specific tourism experiences where travellers come into physical contact with captive wild animals or endangered species, including but not limited to elephant rides, petting tigers, and swim with dolphin attractions.

While some attractions will cease booking through TripAdvisor immediately, the company plans to have both the educational portal and booking policy changes fully-launched and implemented by early 2017. The educational portal will provide links and information on animal welfare practices, helping travellers to write more informed reviews about their experience, and to be aware of opinions that exist on the conservation implications and benefits of some tourism attractions.

The following changes and amendments were made to TripAdvisor and Viator’s booking policy concerning animals:

TripAdvisor and its Viator brand will no longer sell tickets to, or generate booking revenue from, specific attractions where tourists come into physical contact with captive wild animals or endangered species, including but not limited to elephant rides, “swim with” programs where tourists touch or ride on dolphins, the petting of captive wild or endangered species, etc.

For years, as a matter of practice, TripAdvisor prohibited listing or the publishing of reviews for businesses that used captive wild animals or endangered species for blood sport, e.g. bullfights, captive hunts, etc. That policy will continue to stand.

By early 2017, every attraction listed on TripAdvisor that involves animals will be identified with a “PAW” icon that will link to an education portal that will present all sides of the animal welfare issue from top accreditation trade groups including animal welfare activist groups including People for the Ethical Treatment of Animals (PETA) and World Animal Protection.

“By refusing to sell tickets to businesses that treat animals as entertainment or playthings, TripAdvisor is making a precedent-setting statement about the use and abuse of animals for entertainment,” said PETA Executive Vice President Tracy Reiman.

Mei Mei Chu
Mei Mei writes to afford her wanderlust. Her (mis)adventures as a solo female backpacker have shown her the best and worst in mankind, and some of the funkiest toilets in the world. Read her honest travel stories at www.meimeichu.com.
GFG+
Share This Story
0
Shares
Share Tweet Message 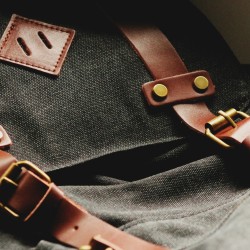 
Do You Really Need Travel Insurance?