First hotel reviews, then restaurants and tours. Now, TripAdvisor has launched a platform to reviews airlines and flights. The platform allows you to review individual flights and rate your experience starting from check-in. Besides giving an overall rating, there are ten other rating criterias are check-in and boarding, legroom, customer service, cleanliness, food and beverage, seat comfort, value for money, and of course, in-flight entertainment (WiFi, TV and movies).

The airlines review platform may be newly launched but it already has reviews of big and small airlines across the world, including Malaysia Airlines and AirAsia. As the reviews are user-generated, some airlines have chalked up thousands of feedback while others only have a handful.

The Telegraph combed the site and identified the most loved and hated airlines as below. The following are all airlines that have received a minimum of 400 reviews.

These are the top-reviewed airlines with an average rating of 4.5 stars out of 5. “Ranked best for” criteria that are mentioned received 4.5 stars or more.

About: United Arab Emirates-based Emirates (EK) is the largest airline in the Middle East and one of the country’s two flag carriers.
Average 5-star reviews: 67.5% out of 3144 reviews
Ranked best for: Customer Service, Cleanliness, Food and Beverage, Check-in and Boarding, In-Flight Entertainment

About: The flag carrier of Singapore, Singapore Airlines (SQ) is one of the world’s largest airlines.
Average 5-star reviews: 64.2% out of 1,191 reviews
Ranked best for: Customer Service, Cleanliness, Food and Beverage, Check-in and Boarding, In-flight Entertainment

About: As the national airline of New Zealand, Air New Zealand operates non-stop services to more than 20 domestic destinations as well as to international ports in Australia, the Pacific Islands, Asia, North America, South America and the United Kingdom.
Average 5-star reviews: 60.6% out of 665 reviews
Ranked best for: Customer Service, Cleanliness, Food and Beverage, Check-in and Boarding

About: Qatar Airways (QR) is the flag carrier of Qatar and a member of the oneworld alliance.
Average 5-star reviews: 59.7% out of 1,613 reviews
Ranked best for: Customer Service, Cleanliness, Value For Money, In-Flight Entertainment

These 5 worst-reviewed airlines have an average rating of fewer than 3 stars out of 5. “Ranked worst for” criteria that are listed received two stars and fewer.

About: Vueling Airlines (VY) is a Spain-based low-cost carrier and is the country’s second-largest airline.
Average 1-star reviews: 34.8% out of 1,150 reviews
Ranked worst for: Food and Beverage, In-flight Entertainment

About: Founded in 2011, WOW air (WW) is a low-cost carrier based in Reykjavík, Iceland.
Average 1-star reviews: 32.6% out of 429 reviews
Ranked worst for: Food and Beverage, In-flight Entertainment

Where about Malaysia Airlines and AirAsia ?

In comparison, Malaysia Airlines received 441 reviews, 25% of which are 5-star reviews. All of the criteria received at least 3.5 stars with Check-in and Boarding, and Cleanliness rated 4 stars.

AirAsia Berhad Malaysia received only 256 reviews, of which 25% were five-star reviews. It is ranked best for Value for Money and worst for In-flight Entertainment.

For the full list from The Telegraph, see here. 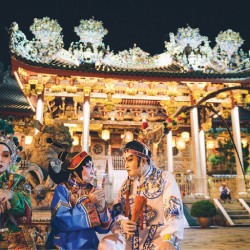