My luck finally ran out in Budapest; after half a lifetime of travelling without any severe flight delays or missed flights, I had my first taste of both. My flight to Amsterdam was delayed by two hours and by the time the plane took off, we were three hours behind the original schedule. Arriving in Amsterdam close to midnight, I missed my connecting flight to Kuala Lumpur.

Flight disruptions can occur due to a number or combination of reasons – bad weather, technical problems, security issues and workers’ strikes among them. Whether it’s by a stroke of bad luck or a case of unavoidably tight transit time in between connections, here are some things you can do to prepare for the possibility of missing your flight and make things less stressful for yourself if it happens.

As the next flight out was the following night, we had to put up a night in Amsterdam. At times like this, you realise that in this day and age, the smartphone is no longer a choice but a necessity (make sure to also carry a spare battery, powerbank, or a charger and universal plug). We booked a hotel online and used apps like MAPS.ME to find our way around town.

Most airlines have apps that let you check your flight status. KLM recently introduced KLM on Messenger, a 24/7 service that sends check-in notifications, boarding passes and status updates via Messenger. Passengers can contact KLM in 13 languages. Additionally, the airline can be reached via Twitter, Facebook and LinkedIn, with promised replies within the hour.

When things go wrong, you’d want the assurance that you’ll receive all the help you can get. Aida Othman, an in-house legal counsel, advises booking flights with premium or full-service carriers. When the Mount Bromo volcano in Indonesia erupted in 2011, Aida and her sister were stuck in Bandung as flights were cancelled.

“I was booked on Malaysia Airlines while my sister was on AirAsia. After three days, they told us we could depart from Jakarta. Malaysia Airlines provided free transfer from Bandung to Jakarta while AirAsia did not. Passengers had to figure out for themselves how to get to Jakarta. If you did not have money left, you had to wait at the airport for the next flight out.”

3. Insist and you shall receive

Aida also shares an experience with Oman Air, flying from Cairo to Kuala Lumpur, with a transit in Muscat. The second leg of the flight was delayed and rescheduled to the next morning but there was no offer of accommodation from the airline. Exhausted and with no money for meals, the passengers kicked up a fuss. The airline relented; they were booked into a hotel and treated to a lavish Arabian buffet spread for dinner.

When we missed our flight in Amsterdam, a ground crew asked us to return in the morning for our new boarding passes. We didn’t budge and got them printed on the spot.

4. Got kids? Keep them occupied

Clare Lim, freelance designer and mother to seven-year-old Grace, has her share of delayed flights from her husband’s hometown in Kuching, Sarawak. She would pack extra books, a stuffed toy, card games and milk. To take her daughter’s mind off the wait, they would play ‘I spy’. Another favourite game is storytelling, where they would take turns to continue a story.

For older children, Josephine Alvarez-Salazar, a speech language pathologist and mother to three kids (aged 9, 10 and 13), recommends bringing along electronic gadgets, with earphones and chargers for each child.

Related story:
6 Lessons I Learned From Travelling With My Kids

As obvious as this sounds, there are people who miss their flights because they misread the travel dates and time. Swee Chuan, a tour organiser to Morocco, learned a costly lesson from a family holiday to China when she read the departure time of 01:00 as 1PM. She now makes sure to get another person to check her tickets and pays attention to email reminders from airlines.

You can easily buy travel insurance online for one-off trips according to travel zones. If you are travelling to multiple destinations within the same trip, you can be covered under one policy. Just select the furthest region listed under the area of coverage. If you’re a frequent traveller, consider a yearly plan. Remember to keep all documents such as boarding passes and receipts for your claim.

Some airlines tag travel insurance to your flight bookings. If you already have your own insurance, remember to opt out. Some credit cards also offer travel protection. But even without travel insurance, you can claim for accommodation if you’re stranded due to a flight delay. Check with your airline on its policies. KLM for instance, allowed us to claim up to EUR150 for accommodation in Amsterdam.

7. Stick to one airline

Yong Lee Min of budget travel outfit Yongo Travel suggests multiple-leg flights to be booked with the same airline, as carriers will not be responsible for others’ delays. If you need to book with different airlines, ensure there is sufficient buffer time in between flights or even arrive one day earlier.

You may prefer to travel light, but being stranded with just your handbag is no fun. I’ve never seen the need to pack an extra set of clothes and underwear until that incident as we couldn’t get our check-in luggage out.

Take note of the weather at your transit. If it’s cold, pack a jacket warm enough to use outdoors, unless you plan to spend your entire time in the airport. If you’re menstruating, make sure you have enough sanitary pads or tampons. Toiletries are a must. Pack basic necessities like facial wash, toothbrush, toothpaste, moisturiser, tissue paper, wet wipes and eyebrow pencil (ladies with sparse eyebrows would understand). If you’re wearing contacts, don’t forget the cleaning solution and lens case.

Pack some snacks too; when we were stranded in Amsterdam, we went straight to the hotel without buying any food from the airport. My dinner was the raw Hungarian paprika I had bought at a market in Budapest that morning. For water, I always count on my Bobble bottle to filter tap water for drinking.

Flying Tips From Marina Mahathir:
How To Travel Like A Pro

Carry a credit card or two, and keep some cash for emergencies – in the local currency, or commonly accepted ones that you could easily exchange, like Euro and USD. 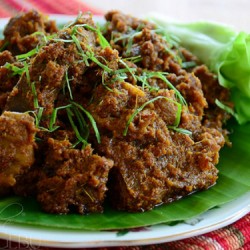