On Monday night (25 May 2016), a decapitated head of a Canadian tourist was found in a plastic bag on the streets of Samal Island in the Philippines.

Two men on a motorcycle dumped the head in Jolo, a town in Sulu province after it was decapitated in cold blood by Abu Sayyaf, a militant group based in and around Jolo and Basilan islands in the southwestern part of the Philippines.

According to news reports, the victim was 68-year-old John Ridsdel. Risdel was one of four tourists that were kidnapped by Abu Sayyaf from the Holiday Oceanview Resort on Samal Island last September. The other hostages are Canadian Robert Hall, Norwegian Kjartan Sekkingstad, and Filipina Teresita Florn. Abu Sayyaf held the four hostages in jungle captivity for seven months and demanded a ransom of 1 billion pesos (RM84 million) for each captive. Risdel was beheaded after the random deadline expired.

It is believed that the terrorist group continues to hold more than a dozen people from at least 8 countries, including two Malaysians.

Bluntly put, kidnapping-for-ransoms is Abu Sayyaf’s bread and butter. Besides money to fund their activities, the militants also use hostages as human shields against government offensives and to capture the attention of foreign terrorist networks. “Kidnapping has, indeed, become a lucrative industry in Mindanao,” CBC news quoted a confidential government security assessment report.

The abduction highlights long and ongoing security problems in the southern Philippines where the crystal clear waters of the Pacific Ocean makes it a top diving destination. This is also where Abu Sayyaf stronghold is, from the southern Sulu province that stretches south from Mindanao to the northern tip of Malaysian Borneo.

They, along with several other militant groups in the area, are the biggest threat to tourist safety in the Philippines. The kidnappings appeared to specifically target foreign tourists.

While Philippine’s Department of Tourism Official sings its “It’s more fun in the Philippines” tagline, travel advisories from governments are advising against unnecessary travel to the southern part of the country, an area that is popular for yachties, divers, and beach lovers.

The New Zealand, American, and UK government have warned about high threats of terrorism in the Philippines. They advised against non-essential travel to the Sulu Archipelago and through the southern Sulu Sea, with extra cautioned highlighted for the island of Mindanao due to the “continued terrorist threats, insurgent activities, and kidnappings”.

Nonetheless, tourists continue to flock to the country that is famed for rich coral reefs, volcanoes, colorful rice terraces, and amazing singers. The IB Times reported that tourism in the country is forecast to rise by 5.6 percent from 2014 to 2024.

In an interview with The Telegraph, Tim Milner, director of Bamboo Travel, which arranges trips for British holidaymakers to various countries in Asia, believes the Philippines remains “a very safe destination to visit”.

“The ongoing Muslim separatist issues are largely confined to Mindanao and the small islands to the southwest of it,” he said. “Hence the current Foreign Office (FCO) advice against travel to this part of the country. Elsewhere in this spectacular archipelago visitors will find the Filipinos to be a very welcoming, friendly and gregarious bunch and any serious safety issues affecting tourists are extremely rare.”

True enough, travel advisories does not advise against travel to the majority of the country. The British Foreign Office (FCO) says around 154,000 British nationals visit the Philippines trouble-free.

However, it does warn that there remains a threat of attacks throughout the region, especially at tourist-concentrated areas. “Terrorist groups continue to plan attacks and have the capacity and the intent to carry out attacks at anytime and anywhere in the country,” it says. “Attacks could be indiscriminate, including in places visited by foreigners like airports, shopping malls, public transport and places of worship.”

Travellers to the Philippines should largely be fine in the northern areas of the country. The south, however, is probably not a place you should risk. 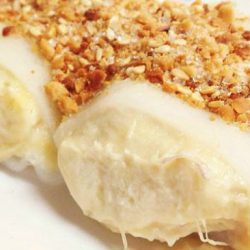