Ahhh… Paree. Known everywhere as the City of Love, Paris usually claims a spot in the travel bucket lists of most people. Of course, even if you’ve been before, there are numerous reasons to visit Paris time and time again: it is a beautiful and cultural city, a walker’s paradise, and a source of inspiration for a number of writers, painters, and filmmakers.

One show that drew inspiration from and completely set in France is the Emmy-nominated series Emily in Paris, which became Netflix’s most-viewed comedy series of 2020. If you enjoyed the show, well, good news! Season 2 will drop on Netflix 22 December 2021!

Emily in Paris follows Emily, a driven 20-something American from Chicago who moves to Paris for an unexpected job opportunity. She’s tasked with bringing an American point of view to a venerable French marketing firm but she’s quickly sucked into the excitement, romance, and drama of life in the French capital.

While the series made us want to board the next airline to Paris (Season 2 trailer below) to prance down the cobblestone alleyways in our OOTDs and indulge in all the delectable food Emily enjoyed, did you know KL also has some places reminiscent of the wonderful city? Here are three examples.

Arte by Thomas Chan is the epitome of luxury. The restaurant, which is the brainchild of the Arte property designers, aspires to combine outstanding French cuisine with the ambiance of a “romantic Parisian vacation.” So, expect all the glitz and glamour of a dreamlike interior, with influences from the Palace of Versailles and the old Notre-Dame church.

Brasserie Fritz, tucked away in the bustle of Persiaran KLCC like a cathedral, delivers excellent French cuisine with a dash of local flair. What we love about it is that it exudes an air of refined minimalism — typical of a modern Parisian eatery. Spot black and white accents, exquisite chandeliers, and cathedral-worthy high windows along with delectable French fare.

Strolling into the bakery down the street for a sweet pain au chocolat, grabbing a quick croissant, and buying a baguette for dinner make up simple, everyday French fare. But although simple, what’s important is that these breads and pastries are done perfectly. Well, Croisserie promises to bring you the best handmade French breads and pastries using the finest ingredients and Respectus Panis (with respect to bread) techniques. Insider tip: their caneles are to-die-for!

So, for those of you still cautious about travelling, we can relive our memories of France by visiting places that give us the Paris vibe, indulge in ethereal delicacies, or even watch Emily in Paris. Here’s a sneak peek at the new season. 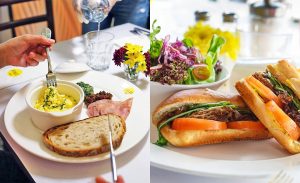 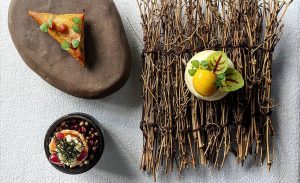 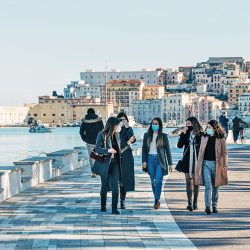