Here are some little-known destinations to inspire your next travel destination. These beautiful photos were curated from the amazing travel community on Instagram and previously shared on the @ZafigoAsia Instagram over the last few months. Follow us on Instagram for a dash of passionate wanderlust in your feed!

At 8,611m above sea level, the K2 is the second highest mountain in the world and is also known as the second deadliest – for every four climbers who successfully reached its summit, one dies. It’s little surprise then, that fewer than 400 people have set foot on its peak to date whereas more than 4,000 have conquered Everest. The extreme difficulties in its ascent has also earned the K2 the nickname, Savage Mountain.

Also known as National Highway 35 and China-Pakistan Friendship Highway, this 1,200km-long thoroughfare connects three provinces (Punjab, Khyber Pakhtunkhwa, and Gilgit-Baltistan) in Pakistan with the Xinjiang Uyghur Autonomous Region in China. It passes through the Karakoram mountain range, making it one of the highest paved roads in the world and a popular tourist attraction. Construction took two decades due to the high elevation and difficult conditions, leading many to consider it the Eighth Wonder of the World.

Following the death of his wife, Mughal emperor Shah Jahan decided to shift his capital from Agra to Delhi and founded the walled city of Shahjahanabad. It remained the capital of the Mughals who succeeded him and eventually evolved into what we now know as Old Delhi. The Jama Masjid was commissioned to be the central mosque of this ‘new’ city back in the day. Built by more than 5,000 artisans under the supervision of Wazir Saadullah Khan, it was designed by architect Ustad Khalil and took 6 years to be completed.

The Camotes Islands make up a part of Cebu, in the Philippines. It’s a paradise that lies just two hours away from Cebu city, with pristine beaches and crystal clear waters forming the basis of its appeal. A collection of four islands, wanderers will find the best beaches and hotels on Pacijan island

A point of pride in Bhutanese architecture, Paro Dzong and its massive buttressed walls that tower over the town are visible throughout the valley. Most of the chapels are closed to tourists but it’s worth a visit for its stunning architecture and views.

This busy shopping strip is set on Mount Tai, one of the Five Great Mountains of China. Being the furthest east, it is often associated with sunrise, birth and renewal.

One of Phnom Penh’s main attractions, the Silver Pagoda is a Buddhist temple that lies within the compound of the Royal Palace. It’s locally known as Wat Preah Keo or Temple of the Emerald Buddha but got its nickname because of its floor that’s covered in a whopping five tonnes of gleaming silver.

A UNESCO World Heritage Site, the Konark Sun Temple was built in 1255 CE. Its grounds are in the shape of a chariot, while its walls are imbued with elaborate carvings.

For picture perfect sunsets such as these, a trip to Sri Lanka’s Dalawella Beach is a must. The waters are safe for swimming too, making it worthwhile to stay a night or two at one of the beach’s resorts. 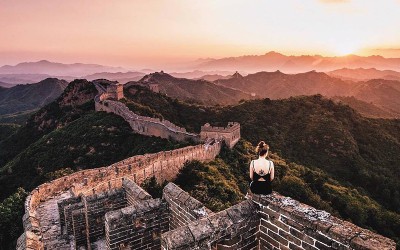 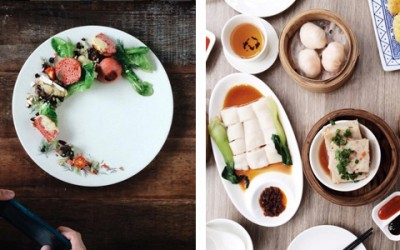 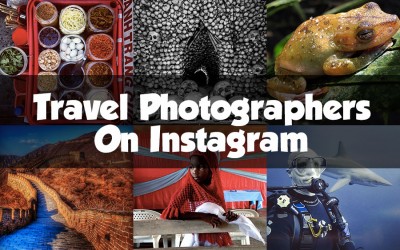 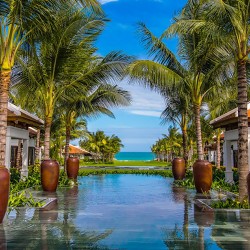