We’ve all dreamed of visiting the Great Pyramids of Giza, to see the perplexing triangular buildings that are the stuff of myths and movies with our own eyes. Though the Pyramids are in fact a must-visit, dare we say that it is an overrated tourist destination. They are admittedly a surreal view from the outside but keep your expectations low when you enter the dark tombs. Everything inside in the Pyramids had been looted clean and the walls are as bare as an empty building.

The less discussed Valley on the Kings, on the other hand, is a different story. This UNESCO World Heritage Site is where you should go to be in awe of ancient Egypt.

While the Pyramids housed the tombs of the Old Kingdom pharoahs, the Valley of the Kings is where the New Kingdom pharaohs were buried, including the legendary boy-king Tutankhamun. This Unesco World Heritage Site may be modest on the outside, but its insides tells the remarkable history of Egypt that dates back around 2100 BC.

Similar to the Pyramids, treasures in the Valley of the Kings had also been stolen and removed, but the arm-deep carvings and vivid hieroglyphic paintings on the walls are still perfectly intact. You will feel surrounded by history as you stand inside the tombs admiring its ancient hand paintings that have stood the test of time.

The tombs in the Valley of the Kings were purposely carved in a limestone valley that are surrounded by steep cliffs. Unlike the Old Kingdom pharaohs who built their tombs in iconic Pyramid structures, the New Kingdom pharaohs’ burial site are inconspicuously hidden underground. Landlopers say in the past you wouldn’t be able to see any signs of the tombs apart from mounds of sand above ground. Guards would watch over the burial grounds from the cliffs which circled the tombs. However, that did not stop tomb robbers from finding the tombs and raiding its treasures no matter how dark, cursed and hidden they were.

Ancient Egyptians believed that there is an after life for the living. To preserve the bodies for the next world, the deceased would be mummified before burial. Where the burial sites were depended on the status of the deceased. The Valley of the Kings, for example, was only reserved for the pharaohs and powerful nobles.

To ensure a smooth transition from life to afterlife, the pharaohs would be buried together with their treasures. It was believed that the dead could retrieve their goods in the afterlife. The most legendary and prized treasure found in the Valley of The Kings is of course King Tut’s golden mask, though it has now been moved to the Cairo Museum. Other treasure found in the tombs together with the mummies were furniture, clothes (being as mundane as underwear), wine and figurines of servants. In some cases, the pharaohs were buried with their beloved household pet. The pets, from birds to cats and crocodiles, were also mummified.

So far, the 63 tombs and chambers discovered in the Valley of the Kings have made it one of the most visited attractions in Egypt. Every day, a few of the tombs are opened for tourists to enter. They are accessible via a walk way that connects all the tombs. In the past, it was also a tourist spot for ancient Romans and Greeks. The graffiti they left on their visits are still visible till today. Look out for their names carved onto the walls.

As you wander around the Valley, you can descend deep into the tombs and uncover the secrets of ancient Egypt. From there, you will be in awe at how these extravagant tombs – fitted with corridors and decorated with hieroglyphics telling stories and prayers – were crafted only with man’s hands and simple tools in the blistering sun. The colours of the hieroglyphics are as bright as the day they were painted, almost making up for the missing treasures. It is also amazing to think about how the deep the tombs were carved with only the aid of a tea light candle.

According to Egypt Travel, tickets to the Valley of the Kings are regularly priced at EGP80 and EGP40 for students (you’ll need to show a valid student card). The admission ticket will allow you to visit three of the tombs in the Valley. In addition to that, you can choose to pay an extra fee to visit the famous tomb of King Tut. The extra ticket is priced at EGP100 or EGP50 for students. King Tut’s small, mummified body is still in his tomb though his treasures are all displayed at the Cairo Museum. Howard Carter, the archeologist who discovered King Tut’s untouched tomb in 1922, was not the most careful archeologist. The damage he inflicted on the pharoah’s mummy means that it cannot be moved at all or else it would be completely destroyed.

Be prepared for the hot, dry heat when walking around the Valley. There is a small electrical train that ferries visitors between the visitor centre and the tombs for a small fee. To take a break from the heat, step into the air-conditioned Visitor Centre or freshen up at the public toilets available there. There is also a tourist bazaar selling drinks and snacks on the road to the Valley of the Kings. The opening hours are from 6AM to 4PM. Keep in mind that photography is not allowed in the tombs as the flash may degrade the paintings.

What should you do next after visiting the Valley of Kings? Consider embarking on a half-day tour of the nearby Valley of the Queens, Valley of the Nobles and Valley of the Workers. Though not as majestic as the pharaohs tomb, it is interesting to compare the luxuries of life and death between the different levels of society in the once powerful civilisation that had captured our imaginations. 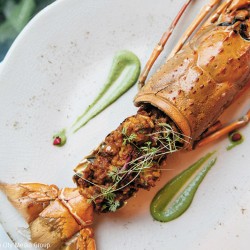