Shruti Seth is an actor, a VJ, an entrepreneur, a mother and an overall force to be reckoned with. Seth and model-actress Gul Panag have co-founded Festivelle, a crowd-sourced cultural event which will take place 17-18 December at Juhu Hotel in Bombay.

Zafigo sat down for a chat with the entertainer-entrepreneur-mother threat ahead of the festival happening this weekend and spoke about what brought about the idea for Festivelle, why events such as these are important for women and her post-event plans.

Right, so what are we celebrating?

Shruti Seth: Women! But you know that already. We are basically the most heroic characters in all of history. Not only do we multi-task every single day, week after week, we also run multiple lives and somehow hold it all together. The only thing we tend to overlook is actually ourselves. It’s true – we need an official festival to remind us to unwind from chores. Festivelle is a reason to stop for a minute and take that breather which is only too well earned.

That sounds wonderful but we have to ask, at a time where we’re hoping to eventually negate any demarcation between the genders, why a women-only event? Why shouldn’t men come along to celebrate with us?

SS: Because then women would never get a break! They’d still be playing a role, in whichever capacity. Gul (Festivelle co-founder) and I know how we use our female friends as power sources. We use each other to decompress, we get each other’s struggles and strife because so much of that is shared – hanging out with our girlfriends is basically like free therapy. We’ve also noticed that adding a male to the scene changes the dynamic, even if it’s two girls and a guy hanging out. Things somehow get competitive in a really subtle way; it’s very organic, and maybe we’re biologically wired that way. But we thought we could use a couple of days where we remove that element of competition, which is why it’s women-only attendance.

The rest of the world think that Indian women stay home after dark, or are told to do so. What can we expect to see at Festivelle?

SS: I can’t say that isn’t true in some parts of the country. I’ve travelled extensively across India and I feel like small town life is quieter. Men AND women do stay home after dark, so it’s not necessarily a gendered issue. But, of course, it’s not like men are TOLD to stay home, even if that’s what they end up doing.

Bombay is at the other end of that spectrum: It’s a city that never sleeps and its women are far from waiting in the shadows. We’re an upwardly mobile lot. Festivelle will put the spotlight on female authors, speakers, influencers, those who have achieved something with their lives and inspire others to do the same. Festivelle is helmed by women who have a voice – we’re just giving them a mic and a stage.

Do you think Bombay is representative of how India treats women in general? And is India really that different for women than the rest of the world?

SS: Bombay is easily the most cosmopolitan, and it compares to most big international cities. Not in terms of infrastructure; we’re still very much part of a developing country but Bombay doesn’t think of itself as lagging behind in any other aspect, which is great. Sadly, it is no dipstick for the rest of the country. India’s been in the news for all the wrong reasons when it comes to women’s issues, and we really need to get our act together if we want to attract female tourists to freely and safely explore the real India.

You have a daughter. If she were to travel across India, your top five tips?

SS: Well, there’s a long time before she goes off on her own! I suppose I’d say: • Ensure you always have network and a working phone. • Keep minimal cash on you, and I’d say this to travellers regardless of gender. I got mugged in Stockholm – the world is clearly not a safe place for women! • Stay at a reputable hotel or a good AirBnB, where you can check the credentials of your host. • Be sharp, be vigilant… always, always! • And I hate to say this, but I have to: Stay low. Don’t be provocative, not just in dressing but also in conversation or behaviour. This is, by no means, to shift the responsibility of attitudes towards women on what we say, wear or do, but unfortunately India has a lot of evolving to do. The country just isn’t ready for us yet!

When Festivelle is over, you’re going to need a break! Where would you like to go?

SS: Already booked! My daughter and I are off to Mount Abu for a week to stay at a friend’s place. It’s a small town but it’s very safe and just what I need.

Witness some of the most influential speakers and artists performing only at Festivelle this 17th & 18th December, 2016.#Festivelle2016 # pic.twitter.com/A9CqfKYOqT

Festivelle will take place on 17 & 18 December 2016 at Juhu Hotel in Bombay, India. Find all the details at www.festivelle.in and follow them on Instagram @festivelle. 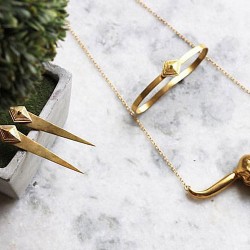