This Travel Tale is the second part of Nezia’s story. Read Part I here: “The World’s Longest First Date : An Epic 25-day Train Trip From London To Tehran“

We didn’t need to spend every waking hour together, now that we’re on solid land and not on a moving train. Several times, we agreed to venture off in different directions. I wanted to try out a traditional Turkish bath and he wanted to visit some museums. I’m very much a museum fanatic, but how could I give up an authentic hammam experience in the very birthplace of Turkish baths?

We met up in the evening, and shared stories of our individual experiences over ice cream and baklava before retreating to our respective chambers. The next day, I spent the morning aimlessly walking in one of the old bazaars while he checked in at the Iranian embassy to see if his visa to Iran was ready.

Our next train ride was on the Meram Express from Istanbul to Konya, the birthplace of Rumi, the world’s most-read poet, thanks to the numerous translations by Coleman Barks and his contemporaries.

We visited Rumi’s tomb and as I was craning my neck looking at the intricate cloth covering the tomb, he pulled out his copy of the Essential Rumi and began reading one of the poems to me. It was awkward. And heart breakingly romantic. I had to remind myself that he’s a native of the cold mid-western town of Madison, Wisconsin, and otherwise could be considered a pretty stoic guy when at his baseline.

After a short stay in Konya, we took the Yuksek Express train to Ankara, where we would only have a night’s stay before embarking on the long three-day trip to the Turkey-Iran border. We were hungry and decided to walk a few blocks down from our hotel. It was late at night, so not many places were open. We found a small restaurant at the bottom of a set of steps off of one of the streets we stumbled onto.

We inadvertently walked into what seemed like a private party, but the waiters seated us anyway, right next to the live musicians playing traditional Turkish music, taking requests from the women who were clearly hosting the party. They were most likely in their mid-40s, confident and commanding. My friend, being the caring and appropriate man that he was, asked me if it was too much and if I’d prefer to just go back to my hotel room and rest. I laughed heartily and said to him “Don’t be silly, we’re at a party and we’d better dance!” I stood up and slowly walked towards the women, smiling and moving to the music, before one of them grabbed me and showed me some dance moves. It was a magical night.

Be prepared for the possibility that you might be separated

The next day we got on the Trans-Asya Ekspresi (i.e. the Trans-Asia Express, out of operations as of August 2015 due to security incidents in eastern Turkey) and fell back into our long quiet moments of looking out the train car window. As our train chugged along, alternating between barren land and the backyards of people’s houses from Ankara to Tatvan, it struck us just how huge this country is.

It was at this point that we faced a very challenging experience. The Trans-Asya Ekspresi had a ferry leg where we had to disembark and then cross Lake Tat Van before continuing on to the Iranian half of the train from Van Pier to Tabriz, Iran. After an eight-hour delay sitting in a cold waiting house at Van Pier, we finally got on the train onward to Iran.

In the middle of the night I felt the train slow down to a stop. We were sharing a four-sleeper cabin with two older French women, who slept in the two lower bunks. I opened my eyes when there was a knock on our door. An Iranian official asked to see our passports. My travel partner was the only American on the entire train. He was asked to leave the train and follow the man to what must have been an interrogation room of sorts. Before he left, he said to me “If I don’t make it, you keep going. The tour’s all set up, enjoy Iran, and tell me all about it when you come back.” I nodded and said “Be safe.”

The next three hours was perhaps one of the longest waits of my life. There was nothing I could do. Though I would have no problem travelling onward alone, I worried greatly for his safety. The US had just expanded sanctions against Iran in the month before, in November 2011.

After what felt like an inordinate amount of time (nobody knew what was going on, and the entire train had to wait because of this one American), the sleeper cabin door suddenly swung open. He climbed to the top bunk across from me and sat with his feet dangling over the bunk. I asked if he was good to go and he said “I guess, but they didn’t give me my passport back.” At that moment, as the sound of metal on metal signalled that the train was getting ready to go, the door swung open again. I saw an arm extend and hand back his passport to him. The arm disappeared just as quickly as it appeared. It was almost comical, if the whole experience didn’t also nearly give me a heart attack.

The rest of our time in Iran was wonderful. We flew to Shiraz (we missed our Tehran-Shiraz train because of the border crossing delay) and met with our tour guide, Darius, who drove us around for the next few days (Americans can travel in Iran only with a tour guide).  Darius worked for Gasht Tour (highly recommended), and was a pleasure to be with and listen to. He was clearly proud of his country’s history and was a particularly avid reader of Persian poetry, and not at all duped by the realities of the politics of his government.

We visited the tomb of the Persian poet Hafez, and roamed the 2, 500-year-old city of Persepolis before proceeding to the 5, 000-year-old city of Yazd, once a Zoroastrian centre. There we saw the eternal flame in the Fire Temple, famed to have been continuously lit since 470 A.D. We walked through the beige city, built almost entirely out of adobe. Before retreating back to our car to drive to Esfahan, we visited the Towers of Silence, where Zoroastrians used to bring the bodies of their dead for excarnation – a process in which the bodies are exposed by way of carrion birds.

Esfahan was nothing short of wondrous with its boulevards, covered bridges, and its residents enjoying their city from morning till night. We walked through the park behind our hotel, late at night, and saw men sitting in their wool jackets playing chess.

But perhaps the most striking realisation for us was just how messy the world is. By the time we got to Tehran by train from Esfahan (a comfortable overnight ride with the option of sleeper cabins), we felt more of the grip that the regime has on its people, and the resulting calamities that members of this society must contend with. There were many young men, seemingly unemployed, trying to sell flowers to drivers sitting in traffic jams. The roads, especially the highways, had large billboards with pictures and names of those fallen in the Iran-Iraq war, and we had to carry wads of cash on us since we left Turkey, because no ATMs worked in Iran due to the US sanctions.

The complexities of politics of identities were manifested in our very bodies. My friend the American white male, myself the Malaysian Muslim female, and our Iranian male tour guide whose livelihood depended on the desire by foreigners to come and learn about his country and people.

I do not cover my hair but in Iran it was law for women to do so. Every morning, I struggled with my pashmina-cum-hijab. And yet, I saw just as many chador-donning women as I did those who had the most Eva Gardner-esque coiffure accented by their Grace Kelly-esque scarf. With what was, and still is, going on in Malaysia itself with regards to the policing of women’s bodies, I sometimes fell into deep and painful reflection on just how divisive the world has become. Some of my closest friends cover their hair, and I respect their choice. I wish the authorities would also respect my choice not to cover.

All these troubling thoughts, my partner and I freely discussed and shared in a safe space we created for ourselves, even amid witnessing some of the most beautiful sights either of us had ever seen.

In the course of the 25 days, we learned more about each other, and about the world that we live in. It is wrong to claim that our trip together prepared us for a life together. Nothing prepares you fully for the challenge of living with another person – a whole other amalgamation of nerves and clots of blood and flesh with their own entirely separate personality, hopes, fears and dreams. My friend, travel partner and now husband and myself continue to learn this every day.

We are each an individual, sometimes staunchly so, but if there was anything those 25 unbroken days foreshadowed for us, it was that we would be pretty good partners on this leg of our journey called life. 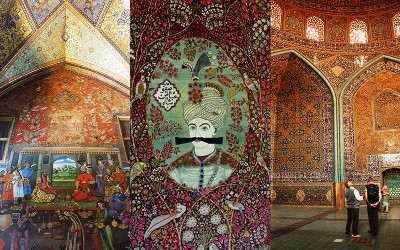 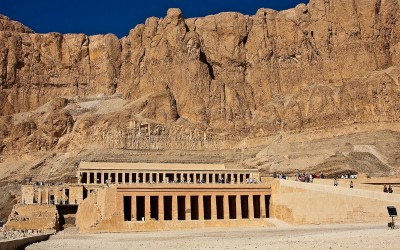 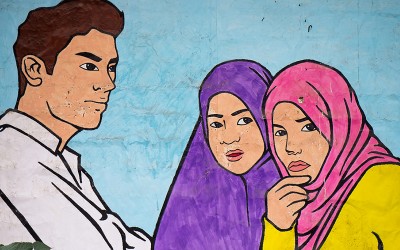 Nezia Azmi
Nezia has been managing projects since age six, loves to dance, and is currently working on her first documentary. Currently based in Honolulu, she grew up both in Kuala Lumpur and Jakarta, found herself in New York City, and regularly visits family and friends in South East Asia. 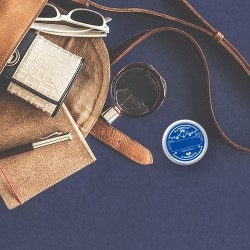 
12 Reasons Why You Should Always Travel ...