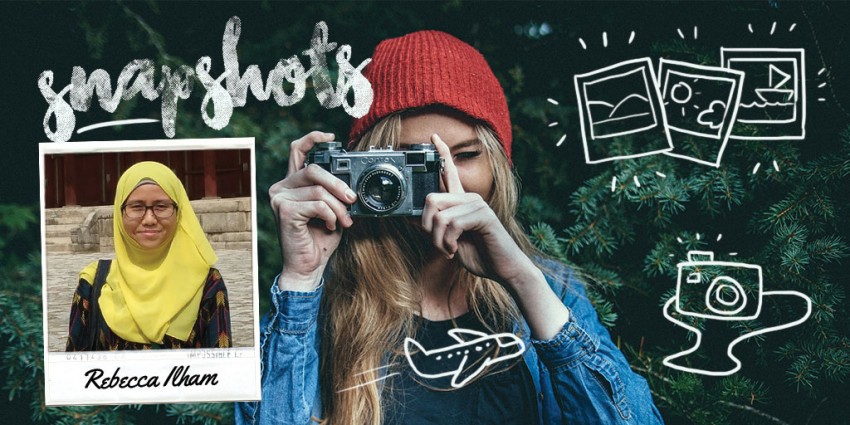 The military tension in the Korean Peninsula escalated just before my trip to Seoul. Even though there was no travel advisory, the development did dampen slightly my intention to visit the DeMilitarized Zone (DMZ), where I had imagined myself taking a peep across the border into the elusive, hermit kingdom of North Korea.

Even though the Korean War ended in 1955, the two brothers are technically still at war as the fighting was halted through an armistice instead of a peace treaty. Hence, the threat of war is a perpetual reality, with the slightest provocation on either side enough to launch military activities. However, the ever helpful staff at the Korean Rail (KORAIL) Travel Centre assured that DMZ was safe and before I could convince myself otherwise, I was on my way to spend a full day in an area where a lot of blood had spilled and families separated.

It was a somber trip, but a much-needed excursion away from the hustle and bustle of Seoul that have come to define South Korea. The DMZ certainly added depth to this modern country, revealing a different side of the pop culture mecca – one that is still entangled in an unresolved, conflicted past.

Railway to the border 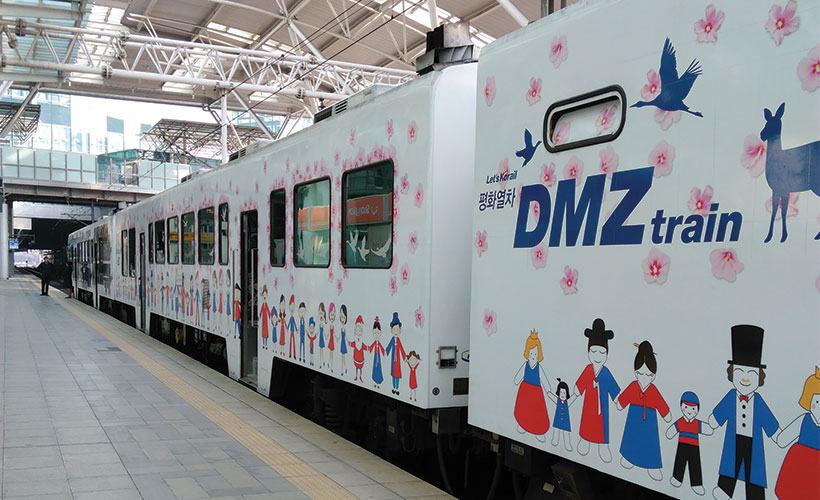 DMZ can only be accessed via specially-arranged tours. As a train buff, I opted for the special DMZ Train, a tourism initiative by KORAIL. There are two lines that go to DMZ, the Gyeongui line and the Gyeongwon line. Both leave from Seoul Station every morning except for Mondays, and return in the late afternoon. My destination was Dorasan, the last station on the Gyeongui line. The train is decorated in images of elements that are native to the DMZ area, with paintings depicting hopes for peace and reunification. 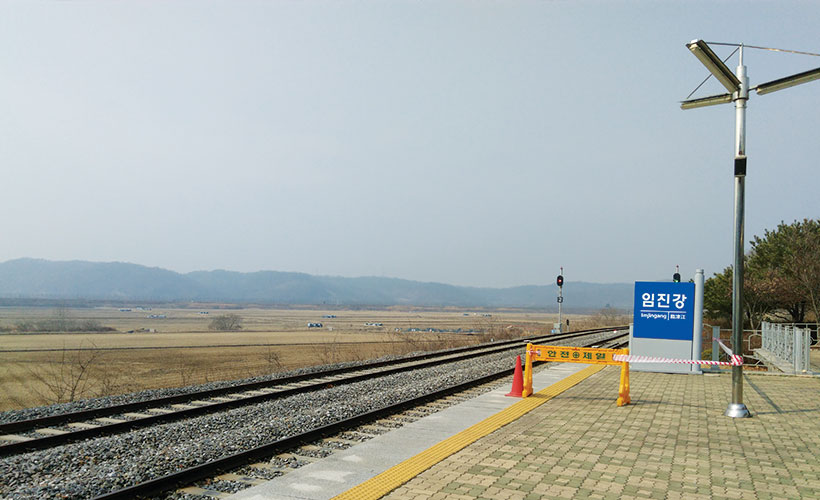 A normal sightseeing trip this was not; I was reminded early on to carry my passport along and upon boarding, was handed a security identification card and a security form. The train made a stop at Imjingang station, where I alighted with the rest of the passengers for a security check conducted by the Korean army personnel guarding the area. The station was deserted. Except for us lot, there were no other souls around. Barbed wire fences surround the barren land, left undeveloped after the war, to be preserved as remainders of the painful past. 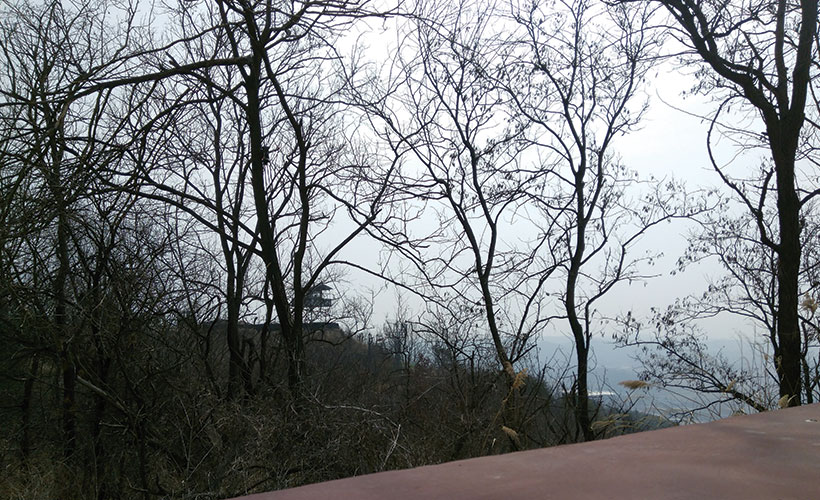 It was a misty day, and North Korea was as elusive as ever even though I was just a few hundred metres away from the border. I pulled myself away from the eager crowd, who were clicking their cameras at indistinctive views, and turned my head to the left side of the observatory. My eyes quickly registered the military outpost on the slope of the hill, where army personnel are on perpetual lookout. When the war halted, both governments agreed to leave 2km strips on both sides of the official North-South border as buffer zone, where no high-impact activities are to be carried out. While in the south, a part of it was developed as Gaesong Industrial Complex – where South Korean conglomerates have factories and hire North Korean employees – its northern counterpart has been left untouched, apart from some low-impact farming activities by its sparse population. 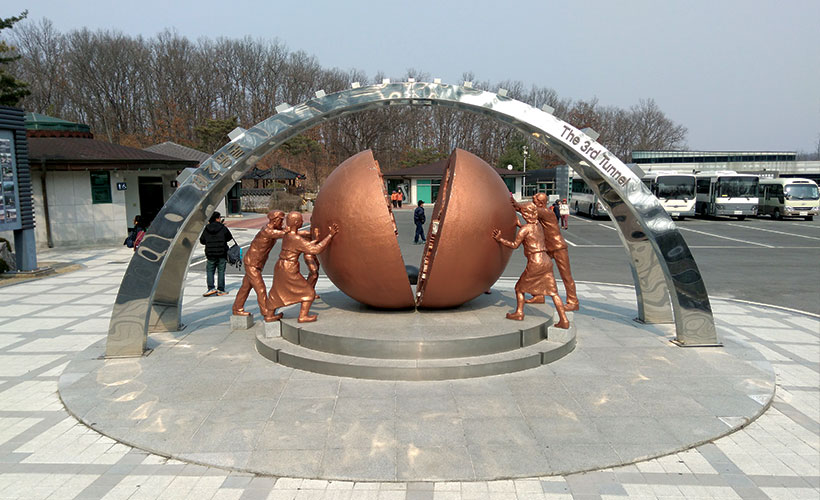 The separation of North and South Korea is not just physical (borders) and emotional (families) but is deeply rooted in political ideologies. It is a shame that in this time and place, despite technological advancements and superhuman achievements, such differences still rule, resulting in psychological wounds that would take generations to heal. This sculpture outside the entrance of the Third Infiltration Tunnel truly embodies the hope of the people affected by the divide – that reunification would provide closure and lasting peace, not just in the Korean Peninsula, but the world over. 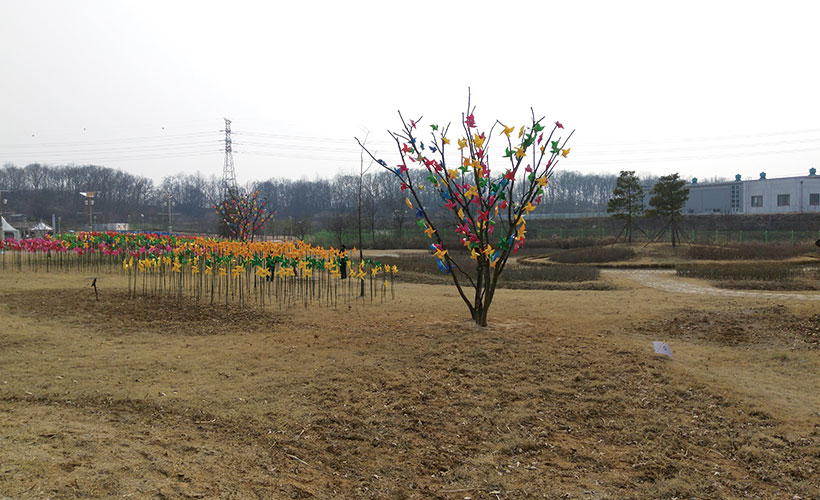 Spinning periwinkles of various colours greet visitors to Dorasan Peace Park, where a peace memorial tower was erected in memory of the war. Even though many remnants of the Korean War – rusty tanks, military vehicles and collection of photos from the chaotic years – are aplenty, the park is only a testament of the South Korean government’s commitments to nature preservation. During the war, animals that were native to the area fled, while most plants died. Now, after years of relative peace, they gradually returned, restoring much-needed beauty to the area. As I observed the periwinkles while North Korean propaganda blared from the loudspeakers, it felt as if the winds of change were already in motion.

Read the previous Snapshot submitted by Marni Zainodin: The Magic Of Wae Rebo In The Mountains Of Flores Captured In Drawings
Snapshots (formerly known as Views) is our photo essay section, whereby we ask women to share 6 of their favourite images that tell the story of their city or a destination they have travelled to. We welcome contributions from readers; if you have a photo story to share, email [email protected] and indicate ‘Snapshots’ in the subject line. Published submissions will receive a token sum from us. 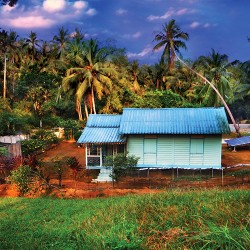