It was the sound of flapping that woke me up that night. Wings, somewhere in the dark. It wasn’t anything large, for that would have been terrifying. It was a small insect, but the silence and the darkness amplified the sound of its wings.

My tent mate Nicole was tossing and turning noisily in her sleeping bag, probably in an attempt to scare the thing away. I was as still as a mummy wrapped in linen. As long as it stayed away from me, I was fine. As my friend thrashed away at her side of the tent, I directed my thoughts towards the insect, willing it to stay put and not come anywhere near me.

There was no trace of the insect the next morning. It had either died in the night, or flown out quietly. On my way out to have a shower, I saw how it had come to invade our space: one of us hadn’t zipped up the tent properly. This was not a good idea — we were in Africa and camping in the Namib Desert, an area where scorpions are known to thrive. One of them could have easily crawled in.

At 20 million years old, the Namib is the world’s oldest desert. It is also possibly the most beautiful. Its dunes, some well over a thousand feet high, are a striking dark orange in colour.

About a week earlier, I joined a camping group in Cape Town. Apart from a married couple from South Korea, I was the only Asian. We left in a large truck we would later nickname “Whitney” and reached the Namibian border two days later.

The Immigration officer had probably never seen a Malaysian passport before. I heard him mutter, “Malasia, Malasia,” as he frowned at a chart on his desk. Five minutes later, after being satisfied that I didn’t need a visa to enter his country, he stamped my passport and let me through.

For much of the trip, I was completely cut off from the rest of the world. I didn’t have a phone line or Internet connection, even at the better campsites. Our guide and our driver, both from Zimbabwe, were the only ones who could use their phones.

In a day and age when we are expected to be connected 24 hours a day, I rejoiced in being miles away from civilisation. Before leaving South Africa, I had sent messages to my family and closest friends on my whereabouts, and that was good enough. As far as I was concerned, nobody else needed to know where I was.

For ten days, every day, we had to pitch our tents in the afternoon and take them down again the next morning. On some occasions, we had to take our tents down in the dark before the sun came up.

For ten days, there were no unwanted text messages from banks, developers or telco companies promoting their latest credit facility, housing project or chat line. There were no annoying calls urging me to join programmes which would give me five-star hotel stays for the rest of my life.

For ten days, there was peace and quiet, and just the world around me.

It wasn’t just the absence of a phone signal or Wi-Fi connection that made a difference. Our campsites had proper toilets and showers but because they ran on generators, most places switched off their electricity supply after 10 o’ clock. In more remote places, there wasn’t any electricity at all, so we had to use torchlights and headlamps.

My favourite time in the Namib desert was at night. I would lie in my tent and look at the millions of stars above me and listen to the sounds of wild animals.

It occurred to me early in the trip that when your days are filled with important things, connectivity and the Internet are mere distractions. They are not essential in our lives, not all the time. Even now, there is freedom in switching off my data connection when I don’t need it, and not posting a new photo or another devastatingly witty status update.

When you go back to the basics, all that matters is a warm sleeping bag, a patch of dry ground to lie on, and no creepy-crawlies in your tent.

This story was originally published on www.fivefeetflat.net.

23 curious things to notice about Egypt 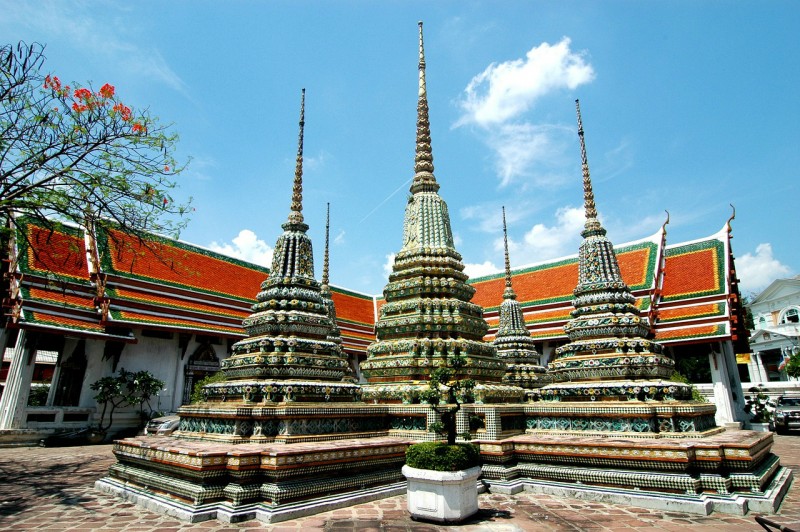 
The 10 Must-See Places In Bangkok