They say travelling in Sri Lanka is the safer, easier version of risky India. Camilla, a Brazilian girl I met one night in this little island ferociously nodded at how true this statement was as she had just spent six months in India on her own.

By the time I met Camilla, I had been backpacking in Sri Lanka solo for a week. It was wonderful. The locals greeted me with sincere smiles, a policeman asked if I were married (don’t worry he said, I’m married with two children), and everyone was happy to point me in the right direction, even if they couldn’t understand English. The streets start to grow dark and quiet at 6pm but I always made my way back safely to the hostel with the street lamps guiding me. There were a few deviant men, some throwing questionable smiles, others asking where I’m from, some taking the liberty to walk with me, but I always avoided eye contact with anyone I didn’t feel comfortable with, ignored them, and they would get the hint and leave.

The buses and trains were often packed like sardines with curious eyes. There are many horror stories of groping and theft, but I made sure to always get a seat, preferably next to a girl, and I would hold on to my bags on my lap. Tuk tuk drivers, known worldwide as scurvy scoundrels with their inflated fares and tourist scams are very much the same in Sri Lanka. There were, however, two tuk tuk drivers here whose kind hearts I will never forget.

The first driver I met could very well be the reincarnation of Bob Marley.  I first met Luqman outside  a temple in Srigiriya when he asked if I had seen his guests. As we got to chatting, he humbly offered me a ride back to my hostel with the permission of his French guests. If it weren’t for Luqman and his obliging customers, I would have had to run 2km back to the bus station through a rather deserted street hoping to make the last bus. Faith has it that I would bump into Luqman again the next day. This time, he waited for the bus with me and made sure I got on safely. He never charged me a single Rupee, and pushed my money away when I tried to tip him, “I just want to help, we have to help each other.” When we bid our goodbyes, Luqman left me with a word of caution on the next city I was about to visit.

Luqman was right about Anudradhapura. I was fresh off the bus and already one tuk tuk driver tried to cheat me. As I walked past him looking for my hostel, the conniving man told me that it is closed. He confidently walked me to an abandoned house proudly proclaiming,“See! Hostel closed, slow season! This banner in Singhala reads closed! Come my hostel, I give you good price.” Little did he know that I wasn’t born yesterday. I remembered clearly that Lake View Travel Lodge was at 800 Freeman Road, not 529.

Anudradhapura may be home to the sacred city of this Buddhist country, but the streets after dark felt specially eerie. I felt so uneasy on my first night I started walking next to a random lady who had just finished her shopping. We only exchanged smiles, yet she sensed my alarm and accompanied me all the way to the brightly-lit train station where I could take a tuk tuk, even though it was a detour for her.

From the amount of people – the hotel manager, the guy who rented me a bicycle, and Luqman – warning me of conmen, I had my guard up not to trust anyone promising me a cheap tour. Armed with a bicycle, a very vague map, and a sense of adventure, I set off to let curiousity lead the way.

This had been the first time I cycled  in three years, a sense of pride flushed over me as I made my way through the city and highways incident-free. I was relaxing at my last stop, the magnificent Elephant Pond, when two moustached tourist policemen snapped me out of my daydream. “Don’t stay here alone,” they said, shoo-ing me off on my way. “Here quiet, dangerous. People come, take your camera, your bag,” his hand making a yanking movement as I scurried off.

I continued on my merry way heading home when a sign pointing towards “Western Temples” caught my eye. The road led me to a windy path passing through picturesque paddy fields that mesmerised me. Noticing that the sunny path grows darker into a village, I decided to turn back. Just when I made the u-turn, a young teenage boy, barely 19, started following me. “Where from? My name is Sahan. Where from?” He asked over, and over, and over again. I avoided eye contact and ignored him, yet he was relentless, trying to catch my eyes. After trailing me for a couple of minutes, I gave him a piece of my mind, and he sped off.

I was left feeling jumpy at the sight of Sri Lankan men after that. Thank heavens a guy friend, Dhruv, joined me in Colombo where the sight of women after dark is rare and the sight of ogling men is rife. Although men weren’t trying their luck with me anymore, we were not spared from scammers.

In Colombo, one eloquent “hotel manager” tried desperately to get us to enter a “cheap” tuk tuk with him to visit an “amazing exhibition”, which was conveniently on his way home. Dhruv reckoned the guy just wanted a free ride.

In Galle, when we looked like the perfect lost tourists on rented bikes, a moustached man started waving to us like we were long lost best friends. “Hello! How are you! Yesterday drinking, today no problem? Remember me? We met yesterday at the restaurant! I’m the chef!” Dhruv and I searched our memories. “It’s 5pm, Galle Fort is closed now, no more ticket.” He had a better idea – since the fort is closed, we should check out his souvenir shop. This guy was an even bigger baloney than the tuk tuk driver in Anuradhapura. Galle Fort is actually a little village with houses and shops, and thus have no entrance fees nor closing hours. Besides, we sure as hell did not meet any chefs.

So to answer my own question, is Sri Lanka safe for the adventurous woman?

A single woman does garner a lot of attention from local men, whether curious, sleazy, opportunistic or plain money-minded. Although travelling in groups do keep the men at bay, it is fine for a lone girl to quench her wanderlust, as long as she is equipped with a keen sense of alertness, a hint of skepticism, and conservative dressing. I find avoiding eye contact and not responding a good way to make men leave you alone as they often are just trying their luck. If they don’t, pull out that pepper spray. Do your homework and always know the details of places of interest and hotels – learn the address, the opening hours, the ticket price and such.

Along your journey, you will have the pleasure of meeting many kind-hearted locals, but don’t let it make you overly trusting, even if it’s a friendly hotel staff offering you fresh towels at night. And most importantly, never wander off in deserted places alone. Let curiosity lead the way, but don’t let it put you in harm’s way. 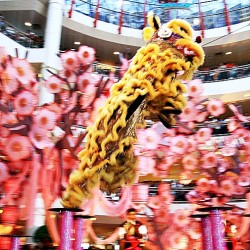