The KL PASS® Night Out Deal is the latest promotion from the KL PASS Team that offers tourists and locals a night out of dining and entertainment in Kuala Lumpur. The promotion combines three predetermined night experiences for tourists that include dinner at the Coliseum Cafe followed by watching MUD: The Musical and then on to Zouk Club KL to party into the night.

The KL PASS® Night Out Deal aims to provide tourists and locals with a complete evening experience that begins with dinner and ends as late, or early, as they wish. The ‘night out’ begins with a four-course dinner at one of the city’s oldest cafes in operation. An icon of the city’s colonial era, the Coliseum Cafe is already well-known amongst KLites for its unique colonial style decor, ambiance and signature western fare. Patrons just need to present their KL PASS® Night Out Deal card when ordering for verification by the cafe staff. Valid pass carriers will be served with a four-course set meal that begins with the soup of the day.

The entree is a long-standing favourite amongst regulars at the cafe, the signature Hainanese Chicken Chop that is served with a side of thick cut potato chips. What makes the Hainanese Chicken Chop a classic is the Coliseum Cafe’s signature sauce that gives it a sweet and sour tang. The dish is a perfect example of fusing the western chicken chop with an Asian-style sauce. The dessert that follows is another Malaysian favourite; fried banana fritters with ice-cream. Each set also comes with a choice of coffee, tea or a carbonated drink.

Having consumed a sumptuous dinner at the Coliseum Cafe, take a short stroll down Jalan Tuanku Abdul Rahman to Panggung Bandaraya (Bandaraya Theatre) located just beside the iconic Sultan Abdul Samad Building affront Dataran Merdeka. Home to MUD: The Musical, Panggung Bandaraya is over 100 years old and has an ornate interior to match its period architecture exterior.

The show is colourful and entertaining for the whole family. Set in the 1800s, it tells of the early settlers who came and built the town on the muddy confluence of the two rivers that later became known as Kuala Lumpur. The audience will learn of the booming tin mining industry that attracted people from near and far to the town in search of their fortunes and to realise their dreams.

[Read more on MUD The Musical: Kuala Lumpur Hidden Gem: A Fun Musical About The History Of KL]

The show starts at 8.30PM everyday and ends just before 10PM, giving patrons plenty of time to make their way to Zouk Club KL for the final part of the ‘Night Out Deal’. Once at Zouk Club, skip the queues and head straight to the counter to verify your KL PASS Night Out Deal card to gain entry with a complementary beverage.

The benefits of the KL PASS® Night Out Deal doesn’t end there. Although the ‘night out’ benefits can only be used for one evening, like all other KL PASS® cards, pass holders are entitled to special discounts and offers provided by a host of shopping and dining establishments in and around the city. Just present the card upon ordering or making payment to redeem the offer. The full list of the participating establishments can be seen at the KL PASS® official website.

The KL PASS® Night Out Deal is valid only until the end of April. Priced at just MYR99.00, the deal offers savings of up to MYR82.00. It available for purchase from now till 31 March 2017 online at www.klpass.com with pass collection situated at the Kuala Lumpur City Gallery beside Dataran Merdeka (Merdeka Square). 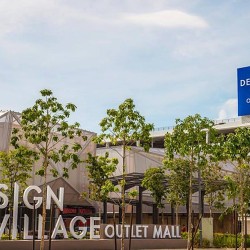 
5 Places To Shop For Luxury Brands At Hu...