Boasting a star-studded line-up of 72 participants from 18 countries, George Town Literary Festival’s (GTLF) theme for 2022 is eye-opening. ‘Taming the Wild’ seeks to explore the complex relationship between wilderness and human nature – exemplifying the paradox of our world, now more than ever, poised between civilisation and barbarism.

GTLF will be taking place from 24 to 27 November 2022. The festival will be directed by Ms Pauline Fan and curated by Mr Izzuddin Ramli, both highly respected figures among the Malaysian writers and translators’ community.

While this year’s theme aims to address how the wilderness has shaped the creative power of our imagination, George Town Literary Festival has long been transcending borders, ever since its inception in 2011 by former Chief Minister of Penang, Lim Guan Eng. Upholding the commitment to be a platform of free speech and expression, GTLF is one of the region’s most urgent, vital, and provocative literary festivals.

Kinokuniya also returns as the festival’s official bookstore for the fourth consecutive year. The bookstore giant will carry titles by the festival’s prestigious line-up of writers and speakers, spanning the wide scope of mythological, literary, and scientific imagination. Speculative fiction and magic realism are some other themes to look out for, GTLF director Pauline Fan says.

The winner of the London Book Fair International Excellence Awards 2018, GTLF is Malaysia’s largest international literary festival and continues to be funded by the State Government of Penang. Penang State Exco for tourism and creative economy, YB Yeah Soon Hin, expresses joy at the growth and resilience of GTLF throughout the pandemic and pledges continued support for Penang’s creative and literacy industries.

The festival’s main site will be held along Gat Lebuh Cina, part of the World UNESCO Heritage site of George Town. With the exception of writing workshops by festival writers, GTLF remains free for all members of the public. 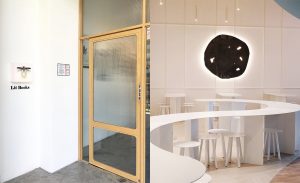 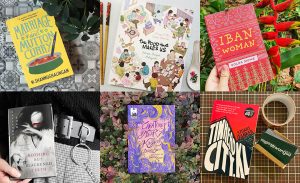 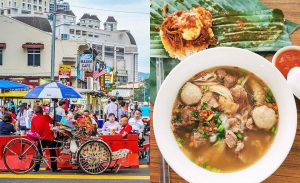 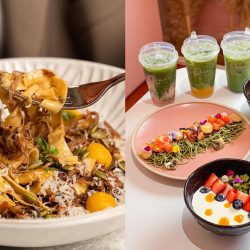 
13 Eats In TTDI For Your Next Gastronomi...