We all look forward to our morning cup of joe. When the world is quiet and the sun hasn’t yet risen, nothing quite wakes us up like the familiar aroma of coffee.

For some, coffee is a necessity – something to keep them alert as they rush through their hectic lives. For others, it’s a joy where every sip is an experience to be relished. Then there are those for whom it’s a passion and sometimes even a career.

In actuality, a lot of how we perceive coffee and the way we like to drink it is heavily influenced by where in the world we reside. In this article, we explore some of the unique ways people drink coffee around the world. From using sand as a heat source to the addition of raw eggs, treat this list as your coffee bucket list!

If ever you find yourself taking a gander down the streets of Hanoi, don’t just go for your usual long black or cafe latte. Instead, make sure you try this infamous drink that propels travellers from all over the globe towards the direction of Vietnamese coffeehouses. Ca phe trung is egg coffee. Don’t worry though; it’s not just an entire raw egg whisked into an espresso.

One look at the first step in preparing a cup of ca phe trung and already, things look different. Traditional Vietnamese coffee always uses the more bitter Robusta beans as compared to the majority of the world that prefers Arabica. On top of that, ca phe trung comes with a curious topping that’s sweet, sticky, and creamy all at once – egg yolks mixed with condensed milk. Essentially, the rich and creamy egg coffee is closer to a dessert rather than a morning wakeup call.

Cafe Touba hails from the city of Touba in Senegal, which is also where it got its name from. Picture sweet, black coffee but with the addition of a peppery spice known as djar (or Grains of Selim). Djar carries a pungent kick akin to star anise, Sichuan peppercorns, and black pepper all in one.

In Senegal, Nescafé usually dominates the coffee culture. But cafe Touba has in recent years managed to tip the scale ever so slightly. The coffee beans themselves are roasted with the spice, and the resulting coffee is served with no milk and a tonne of white sugar.

You might have seen videos of this curious brewing method. Very finely-ground coffee and water are placed in tiny long-handled vessels called a cezve. Here’s where the sand comes in! Filled in large woks and placed over a fire, the sand ensures even heat distribution, and depending on how deep you place the cezve in the sand, the higher the temperature. As the coffee boils, it froths up and rises to the top of the vessel. This step is repeated several times.

What you’re left with is a wonderfully thick, bitter brew with the grounds still suspended within. Even more interestingly, the coffee is drunk with the grounds included. And yes, it’s every bit as bitter as it sounds. This is why the coffee is almost always served with a small glass of water and paired with Turkish sweets.

Tip: Once you’re done with your coffee, have a look at the sediment left at the bottom of the cup and see what shapes you can make out. Coffee fortune telling is an actual thing.

For a coffee that’s sweet yet filled with the aroma of spices, cafe de olla is what you want. The traditional Mexican beverage includes cinnamon (ideally whole sticks) and piloncillo (unrefined cane sugar that comes in a large cone shape). Sometimes, you might find cloves or star anise thrown into the mix.

Olla is the earthen clay pot in which the coffee is traditionally brewed in. It imparts a very subtle special flavour to the coffee. Originating from the times of the Mexican Revolution, today even you and I can enjoy this sweet, spicy drink at home.

Don’t let the simple name fool you, for Malaysia’s white coffee is unique from beginning to end and is steeped deep in the roots of history. To begin with, the beans used aren’t your usual Arabica or Robusta, but the more obscure Liberica. Only two per cent of the world’s coffee production is Liberica, but much of Malaysia’s traditional coffee scene revolves around these hardy little beans.

During the roasting process, margarine is added and the beans are roasted until almost burnt, resulting in a very dark brew. The coffee is then filtered using a sock-like sieve and mixed with sweetened condensed milk. This drink synonymous with Malaysia’s coffee culture was brought to life by Hainanese immigrants who simply couldn’t wrap their taste buds around the coffee colonials drank, and thus altered it to suit their own tastes.

‘Bulletproof coffee’ is the new in thing for health-conscious java lovers. It’s essentially unsalted butter from grass-fed cows added into coffee, which many claim helps give them even more of an energy boost than the usual cuppa. It’s believed this rising trend in cafe culture might have stemmed from Ethiopia.

Ethiopians love their coffee, with many of them – such as the Gurage people – adding honey, salt, and butter into theirs. Further away in Tibet, adding yak butter into fermented black tea forms a drink called po cha, and isn’t uncommon in the least. In the high altitude living conditions of the Tibetan plateau, the fatty addition helps provide farmers with an energy boost, protects their lips from the harsh winds, and provides extra nutrition on the go thanks to its high-calorie count. 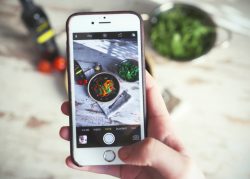 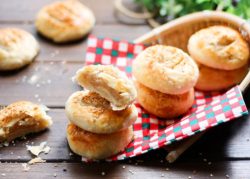 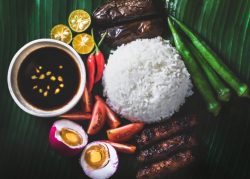 25 Unusual Delicacies To Try On Your Next Trip To Asia

Shen Lee Ng
A world record holding powerlifter, Shen is passionate in encouraging women to be more in tune with their bodies and to regain their confidence through fitness. She currently works as a membership consultant, freelance writer and is in the works of launching her own startup before she embarks on the treacherous journey that is college.
SHARE THIS STORY
11
SHARES 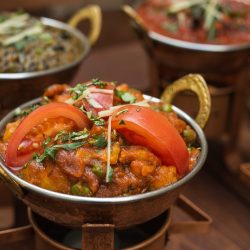