Manal, one of TIME Magazine’s 100 most influential people in the world, is a prominent voice advocating for women’s rights and empowerment in the Muslim and the Arab world. In 2011, Manal started the #Women2Drive campaign, to challenge the ban on women driving in her country. She was arrested and imprisoned for ‘driving while female’. Released on the condition that she never drives again on Saudi lands, never to speak about it or do any interviews, she continued campaigning for #Women2Drive and #IAmMyOwnGuardian to end male guardianship in her country. She started #Faraj, to help domestic helpers leave jail and #IAmLama that resulted in codifying the first anti-domestic violence law in Saudi. For her activism, she won the first Vaclav Havel award for Creative Dissent. 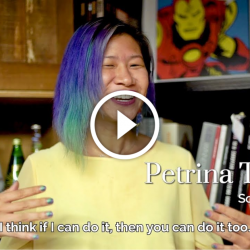