One of the joys of travelling is spending lots of time in airports. No, seriously, it’s awesome. I often find myself camped out on the airport floor (it’s much more comfortable than most of the chairs around) surrounded by my miniature mountain of luggage. Sitting on the floor also gives me the best vantage point to people-watch unnoticed. It’s one of my favourite things to do as I while away the time, and no matter where I go, I always find the same groups of people walking around.

You can spot these travellers from across the departure hall. Cool, calm, and collected, they move through the airport with the ease of someone who’s been through the process many times before. They’re always prepared for the next step of the check-in procedure, passport and boarding pass at the ready. They easily slip in and out of their shoes, and never forget stray change in their pockets at security. You won’t see these travellers stare at their tickets and then up at the gate numbers in confusion, either. It’s as if these individuals have a sixth sense directing them through even the most confusing of airports with ease.

As a guy, you’re likely to see him with a small backpack or suitcase on wheels, with a sarong draped around his neck. He’ll also be wearing a hat that, for some reason, reminds me of Cuba even though I’ve never visited the country. It often amazes me how these guys walk around with extreme confidence, looking very much ‘man’ with these two accessories. Perhaps the calf tattoo helps a little bit with that. Then you have the female version of this. Women walking around with minuscule backpacks, wearing fisherman pants. Often, they’ll have an earth-saving eco-friendly water bottle draped across their body like a Christmas tree ornament. Both genders sometimes rock an awesome head of dreads.

Every now and then, you get the paranoid travellers. They’re pretty easy to spot too. They’re the ones who get all frazzled when they have to walk back through the metal detector, leaving their hand luggage sitting exposed on the opposite side of the x-ray machine. No judgement here, though. After five years of travelling, I still make sure I see my bags go in and come out of it.

Always dressed in long, carefully-ironed, likely starched trousers, the wrinkles of which were probably removed by an anonymous hotel staff member. Ever-organised, their shoes match the colour of their belts, and they’re always collared button-down shirts. Man or woman, they’re pulling a briefcase-on-wheels behind them.

Usually an elderly couple, these are women and men with perfectly styled hair that’s slowly losing its colour, replaced by shades of light blonde, white and grey. As a mark of stature, large, shiny stones perch on the lady’s left ring finger, although most of her jewellery is probably safely locked away back home. The wealthy retiree almost never has backpacks. Instead, they usually drag branded, wheeled suitcases along. When large, you’ll see them pushing said designer suitcases (one each) on an airport trolley. Accoutrements aside, these couples seem untouchable, oblivious to the humid heat pressing down on everyone around them. It’s as if they’re in an air-conditioned bubble. Their clothes, like their perfect hair, don’t ever seem to crease.

We were all here once. As a first time traveller, I wanted to be prepared for everything, and I soon realised that I wasn’t the only one. There will always be someone in an airport somewhere trying to figure things out. Sartorially, they’re the travellers with the fanny packs and matching luggage. The latter very likely double-locked and wrapped in plastic. First-time travellers can also be seen studying guidebooks like they’re doing some last-minute cramming before an exam. They have all of the latest gadgets designed to make travelling more comfortable too – neck pillows, compression socks, anti-nausea bands, and water purification tablets.

Oblivious travellers are the ones who’ll seem to always be in a little bubble of their own. They’re often absorbed in a book, with headphones on, blissfully unaware of the hustle and bustle around them. This type of traveller is also unfazed by flight delays and the person next to them that’s trying really hard to start a conversation. Oblivious travellers don’t even seem to notice the boarding call, leisurely finishing the chapter in the book they’re reading while waiting for the crowds to move through the gate. It’s not hard to see the appeal of their calm, as they’ve avoided having to wait in a long line to board a plane where everyone leaves at the same time anyway.

In Wicked: The Life and Times of the Wicked Witch of the West, Gregory Maguire says, “The overdressed traveller betrays more interest in being seen than in seeing, while the true traveller knows that the novel world about her serves as the most appropriate accessory.” Over-dressers look more like they’re on their way to a formal event or preparing to strut down the runway rather than boarding a 17-hour flight. With high heels and perfectly matched accessories, they breeze through the airport, leaving a trail of sweet-smelling perfume in their wake.

It sometimes seems like the goal of the over-packer is to make the most use of their baggage allowance. Or to sneak in a couple more grams if they can get away with it. The over-packer often has two large bags with zippers straining to stay shut. At the check-in line, you might see a second, or even third, pair of pants peeping out of their waistband while they chug down water, trying not to overheat in the multiple layers of shirts and jackets they’re wearing.

Always the best kind of traveller! These are the fellow travellers you’ve crossed paths with before, likely forming some sort of bond with them. Your face will light up when you see them, and they’re likely to reciprocate the smile. A chance meeting with this kind of traveller makes the hours of a stopover just fly by. You’ll likely find yourself up until the early morning hours, just catching up and swapping tales of adventure. You might even finally find yourselves crashing under a desk in a quiet area of the airport This is also the kind of traveller who’ll encourage you to put on your purple pyjama pants to continue your journey in when you complain about the impossibly cold air-conditioning. In short, seeing this traveller reminds you that whatever new adventure you’re about to face, everything is going to be just fine. 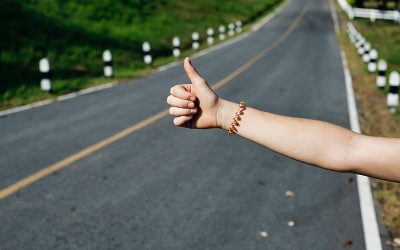 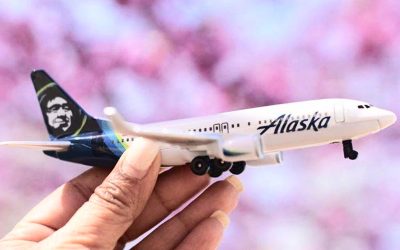 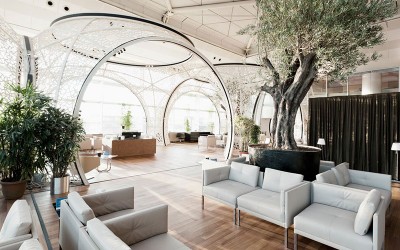 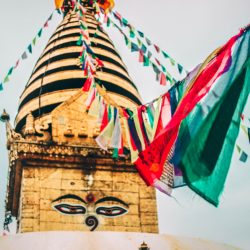 
Seeing Kathmandu Through The Buddha’s ...