I’ve had my fair share of interesting seat mates, but the woman sitting next to me took the cake, I told myself. And the muffin, and the biscuit, and the crisp.

About an hour into our journey on New Zealand’s Tranz Alpine train, I felt a tap on my shoulder. My seat mate motioned towards the food she had arranged on my tray table. “Please. For you,” she smiled.

Almost as soon as we departed Christchurch, the small, feisty-looking woman began scurrying back and forth in the carriage, going to her seat to open packets of muffins, biscuits, and potato crisps. She then distributed them to her tour group, an enthusiastic bunch from China. This lady was fair and just in her allocations: each person received exactly one muffin, three lemon cream biscuits, and a handful of crisps, all placed neatly on a napkin.

I take trains for three reasons: the absence of hurriedness, the people, and the views. On this particular ride, the Tranz Alpine had fulfilled the second requirement with the presence of this Chinese woman. Then it was time to head to the outdoor viewing carriage for the views – it didn’t disappoint.

As is the case in the North Island, trains are an excellent way to explore the south. There are two scenic train rides in the South Island – the Tranz Alpine and the Coastal Pacific – both of which come with an outdoor viewing carriage. These carriages have open sides, allowing you to get unrestricted views of the scenery. Just remember to take a warm jumper or jacket to the viewing carriages as there are no walls between you and the outdoors. 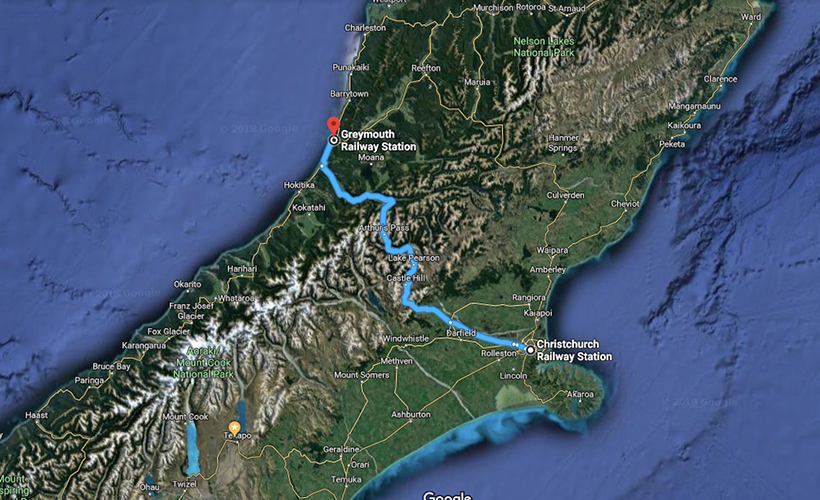 New Zealand’s South Island has some of the world’s most gorgeous scenery, and all within close proximity of each other. One can consider the Southern Alps the island’s spine. It’s home to the country’s highest mountain, Aoraki Mount Cook, but on the same island you’ll find rainforest along the west coast, fiords in the island’s southwestern corner, and turquoise-blue glacial lakes near the centre. All this is thankfully accessible by rail, with some road links in certain places.

The Tranz Alpine connects Christchurch on the east coast with Greymouth in the west. Its reputation as one of the great train journeys of the world is well-deserved and should be on every visitor’s list. You’ll see the scenery change as you cut across the South Island, from the flatness of the Canterbury Plains and the alpine beauty of the Southern Alps to the green rain-fed forests in the West Coast region. After the Canterbury Plains, the Tranz Alpine will call at Rolleston, Darfield, Springfield, Arthur’s Pass, Otira, Moana, and end at Greymouth.

Christchurch is the South Island’s largest city; although small by international standards with a population of 400,000. The city, first settled in by the British in 1840, has a distinct English character: it was named after the University of Oxford’s Christ Church College and has street names like Salisbury, Cambridge, and Manchester, while its Avon River is a reference to the Avon in Scotland.

Sadly, Christchurch’s more recent history includes two earthquakes in 2010 and 2011. Many of the city’s heritage buildings were destroyed, but the good news is that Christchurch is rebuilding itself and emerging from the rubble. New buildings and landmarks now stand in the city as it moves towards a new future.

Don’t miss: A stroll in the new, forward-looking Christchurch; a tram ride in the city centre; the Canterbury Museum to learn more about the city; the lovely Christchurch Botanic Gardens where you can go punting on the Avon River; swimming with dolphins or a nature cruise in nearby Akaroa; and getting a taste of Antarctica at the International Antarctic Centre.

Rail connections and onward travel: Christchurch Railway Station is easily reachable by taxi and the city itself is well-connected via Christchurch International Airport and the InterCity coach network. If you’re moving on from Christchurch, consider the following stops either by coach or rental car for a complete South Island experience: Lake Tekapo, Aoraki Mount Cook, Queenstown, Wanaka, and Milford Sound.

Pay attention to the stations you’ll be passing through because the scenery takes an impressive turn as you approach the town of Springfield, about an hour from Christchurch. Springfield is the station before Arthur’s Pass, so if you haven’t yet bagged a spot at the viewing carriage by this time, I would suggest you start making your way there.

Springfield is at the far westerly end of the Canterbury Plains, just before the train begins to climb towards the Southern Alps. This is a popular stop for those going on hikes and ski trips, but if you’re travelling to the end of the line, stay in the viewing carriage and enjoy the scenery.

The highlight of this journey is the approach to Arthur’s Pass. Look out for gorgeous views of the Waimakariri River. Its beautiful aqua-blue water flows in the Waimakariri Gorge which, in the spring and summer, will be resplendent with bright yellow gorse bushes. You’ll catch sight of the river now and again as the train winds itself around the cliffs. The Tranz Alpine then leaves the river temporarily as it climbs higher into the Alps, going through tunnels and viaducts before entering the high plains of Craigieburn, famous for its ski fields.

Soon after this, the Tranz Alpine presents its most stunning views as it nears the Craigieburn Straight at the edge of the plains. On a clear day you’ll get to see the snow-capped peaks of Mount Bisner as the train enters Arthur’s Pass National Park. Definitely a moment worth catching from the viewing carriage. The train then reunites with the Waimakariri River, at first running alongside it, and then crossing it on the way to Arthur’s Pass.

Arthur’s Pass is the perfect stepping-off point for those who love the outdoors. There are plenty of beautiful hiking trails and nature walks here, and if tramping (what the Kiwis call long hikes) is your thing, it’s worthwhile spending a few days exploring. The train will stop for a few minutes at the platform so you can get down and stretch your legs, but if you’re not getting down at Arthur’s Pass, be ready to hop back on when you hear the whistle.

Going through to Greymouth

Greymouth is your ticket to the beautiful West Coast, a region with a gold mining history and unique vegetation and scenery quite unlike the rest of New Zealand. This is where you’ll find snow-capped mountains, turquoise-blue rivers, lush rainforests, and ancient glaciers you can actually walk on, all in one place.

The city itself has a local museum and galleries that specialise in pounamu (local nephrite jade). Instead of heading back to Christchurch on the afternoon train, spend a night or two in Greymouth. I suggest hiring a bike and riding to Lake Brunner and Shantytown, a nearby pioneer gold mining town, for a day trip.

Onward travel: Turn your Tranz Alpine journey into an exploration of the South Island. After spending time in Greymouth, rent a car and seek out places like Hokitika, the Franz Josef Glacier, Fox Glacier, and the Haast UNESCO World Heritage Area. 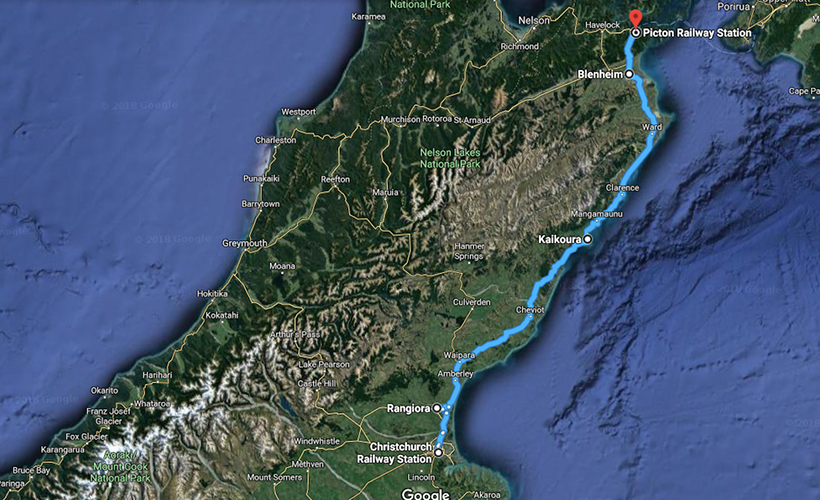 You can now hop back aboard the Coastal Pacific! The service was temporarily suspended after the 2016 Kaikoura earthquake, is up and running once again between Picton and Christchurch. The difference between this train and the Tranz Alpine is that passengers on the Coastal Pacific will enjoy stunning views of the Pacific Ocean. Coastal Pacific runs along the northeastern coast of the South Island on what is truly a beautiful journey. There are five stations on this line: Picton, Blenheim, Kaikoura, Rangiora, and Christchurch.

Like many of the end stations on New Zealand’s train rides, Picton deserves a few days stay. At Picton’s doorstep is the beautiful Queen Charlotte Sound, home of the Queen Charlotte Track, a five-day, 71-kilometre hiking and cycling track around coves and inlets, coastal forests, and along skyline ridges. If a long hike isn’t your cup of tea, there are lots of smaller day walks and boat cruises that you can take.

I don’t drink, but there is enough promotional material on New Zealand cuisine that even I know about the local wine industry! Blenheim is the largest town in the Marlborough region, and produces 75 per cent of New Zealand’s wine, regarded as some of the best in the world. If wining and dining is your thing, Blenheim might just be the stop you’re looking for. Other attractions in Blenheim include the Omaka Aviation Heritage Centre and Upton Oaks Garden.

Kickin’ it at Kaikoura

Definitely worth a stopover, Kaikoura is one of New Zealand’s most picturesque little towns. This is where nature presents herself in all her glory: a rugged coastline, mountains that meet the sea, and a rich variety of marine wildlife, thanks to a deep underwater trench off the coast.

One must-do activity in Kaikoura is whale watching where you can view orca, sperm whales, humpback whales, southern right whales, and even blue whales, depending on the time of the year. Dolphins and seals also live nearby and can be viewed from a boat or up close from a kayak.

Love hiking? The Kaikoura Peninsula Walkway is only 11.7 kilometres and will give you beautiful views all around. For a bit of background and history on the area, the Kaikoura Museum is worth a visit.

As for food, Kaikoura’s name (‘to eat crayfish’ in Maori) is a massive hint at what the town is famous for. Its location on the Pacific Ocean can only mean that it has everything a seafood lover wants, from delicious crayfish to traditional deep-fried fish and chips. Yum!

Onward travel: If you’re planning to head further south after Kaikoura, I recommend you continue on the Coastal Pacific to Christchurch, instead of renting a car from Kaikoura. Christchurch is much closer to and has better road links to places like Hanmer Springs, Lake Tekapo, Aoraki Mount Cook, Queenstown, Wanaka, and Milford Sound. All places worth visiting.

*The writer travelled to New Zealand as a guest of Tourism New Zealand and the country’s regional travel organisations, who generously hosted her for 10 days. All opinions are entirely hers.

*All photos are courtesy of author unless otherwise stated. 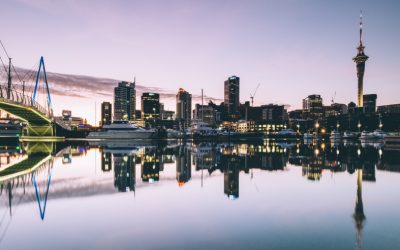 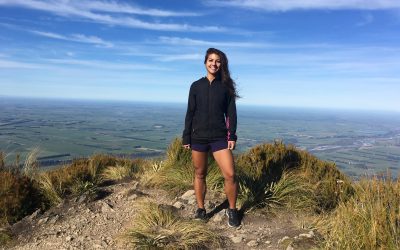 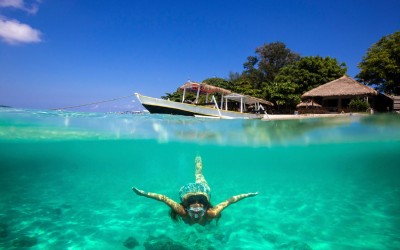 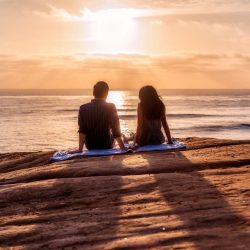