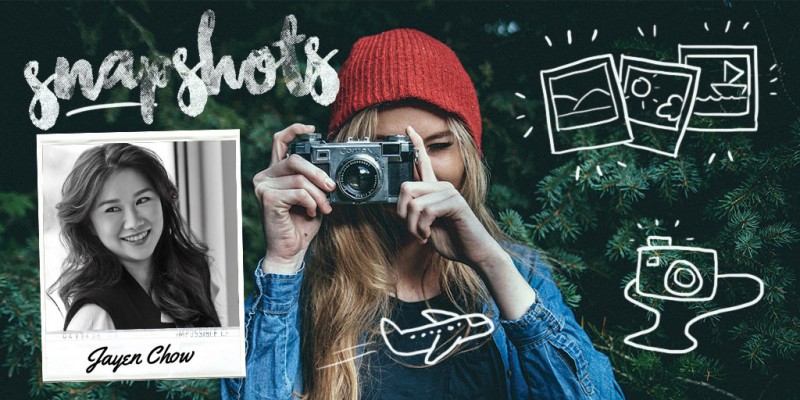 Snapshots (formerly known as Views) is our photo essay section, whereby we ask women to share 6 of their favourite images that tell the story of their city or a destination they have travelled to. We welcome contributions from readers; if you have a photo story to share, email [email protected] and indicate ‘Snapshots’ in the subject line. Published submissions will receive a token sum from us.

Adormant volcano standing at 3,339 meters above sea level, Mount Arjuno (sometimes spelled and pronounced as Arjuna) is the second highest summit in East Java, Indonesia. It shares the same mountain range as Mount Welirang, known as its twin volcano. Most visitors come to this part of Indonesia to climb the highest peak, Mount Semeru, leaving the twins largely unexplored – which is why I chose to. The hike is not a leisurely one, nor is it for the faint-hearted, but I was rewarded with majestic sights along the way, which made it all worth the sweat and pain.

1. Reaching for the sky 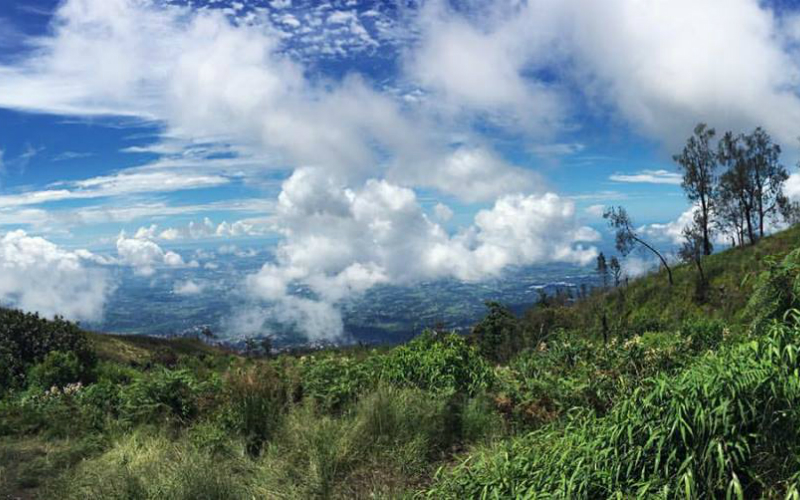 The view from Tretes village, located about 760 meters above sea level, a halfway point along one of the trekking routes and where many trekkers stop to take their lunch. I’m so glad I hired a guide in advance as the trail leading to the peak can be confusing and difficult. If you’re an amateur hiker or inexperienced with camping, you can also hire porters to transport heavy-duty items such as tents, cooking utensils and sleeping bags. 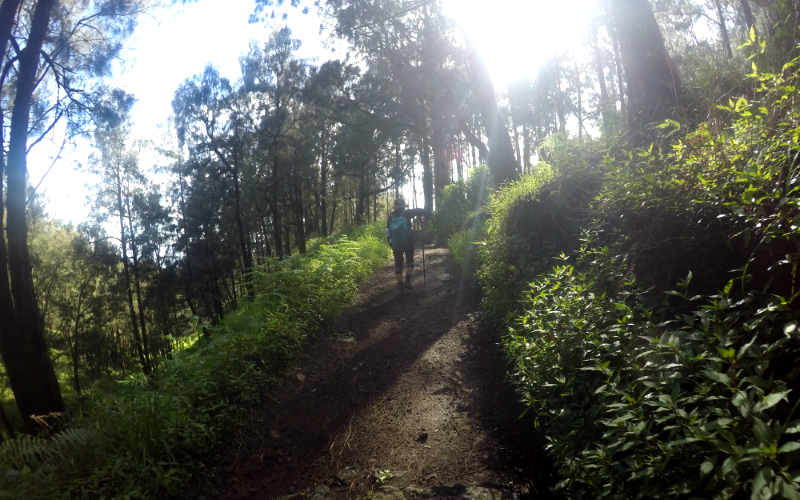 For the first quarter of the journey, the trail was a wide stone track poised at an incline so we paced ourselves to move at a manageable speed while taking in Mother Nature’s spread all around you. I stopped to take water breaks every 15-30 minutes, catch my breath, re-compose myself, and fuel up on energy bars and chocolates to help me last the rest of the hike.

3. Feeding off the warmth 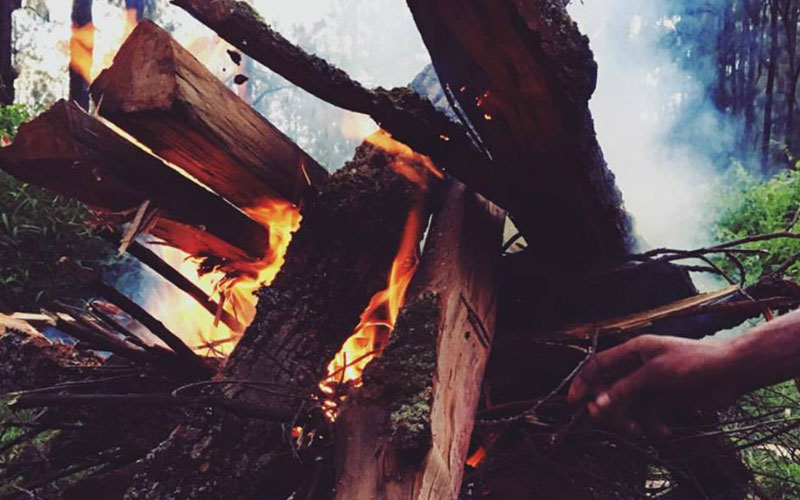 After a six-hour hike, we set up tents and built campfires to cook dinners. We then rested till about 1am before starting the hike up to the summit. Temperatures can drop drastically after sun down, from 27C during the day to about 12C at night, so the campfire provided much-needed warmth. 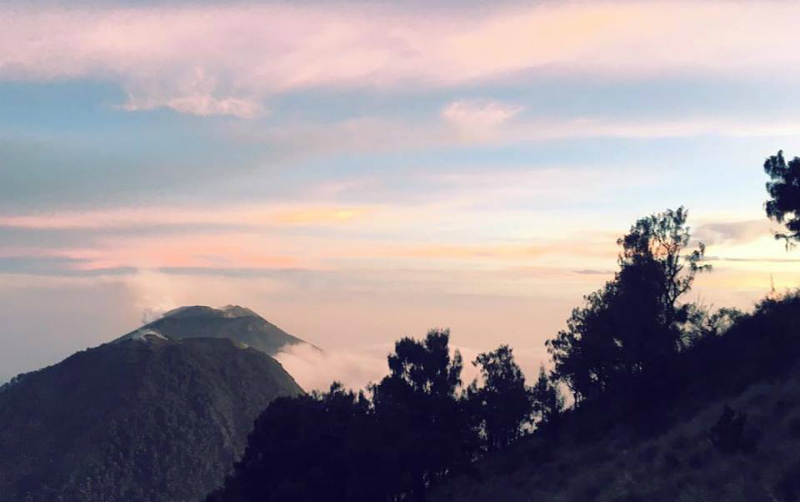 Waking up at 1am to have ‘breakfast’ and start hiking when it’s pitch black felt almost like an out-of-body experience! The body couldn’t really comprehend what’s going on. But once we reached the peak and witnessed the sun waking up for the day, it justified the lack of sleep and the exhaustion. 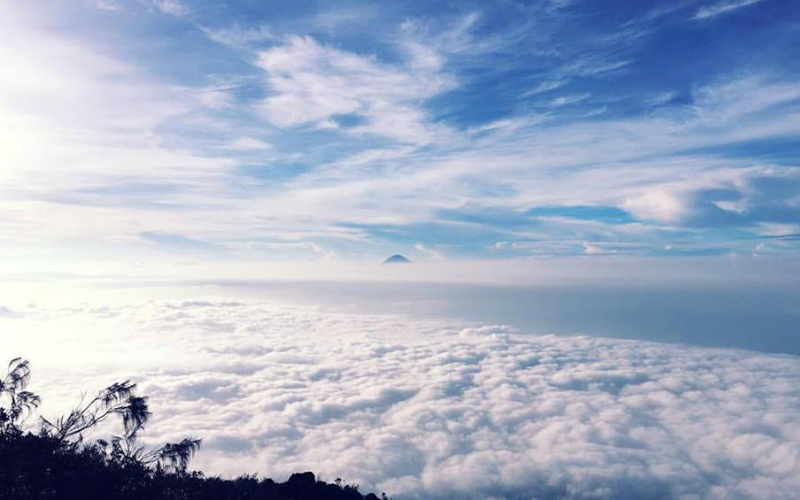 From the real pinnacle of Mount Arjuno, I looked over and spied the tip of Mount Semeru peeking out through a sea of clouds. Before reaching this point, we passed two false peaks where a memorial had been erected as a tribute to those who lost their lives on their way to the summit, due to unexpected cold temperatures.

See our last Snapshot:
Pause The K-pop & Capture The Traditional Side Of South Korea 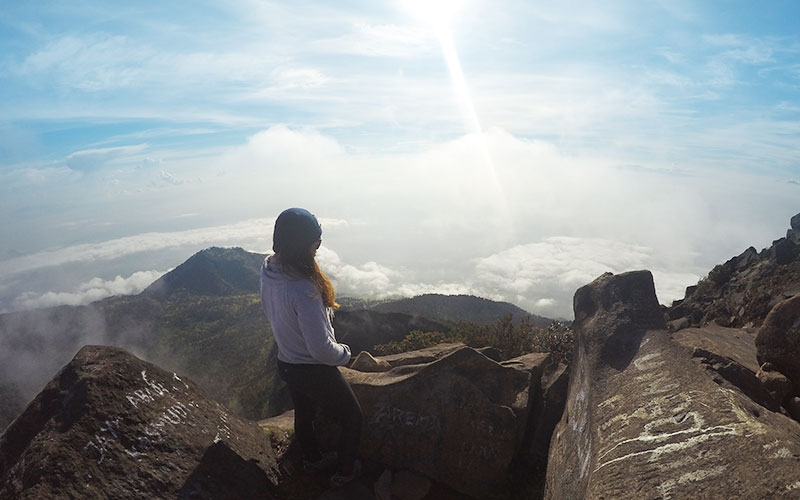 I was blessed with fine weather, which allowed me to tune out of everything else and just soak in the tranquility of the moment. Right before me was Mother Nature at her best. It’s not every day that one gets to stand in front of such a vast, mighty, and almost surreal landscape 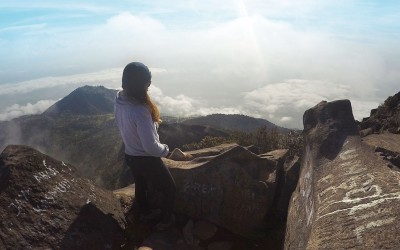 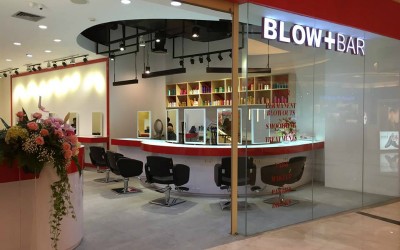 3 Hair Salons In Jakarta For The Perfect Cut 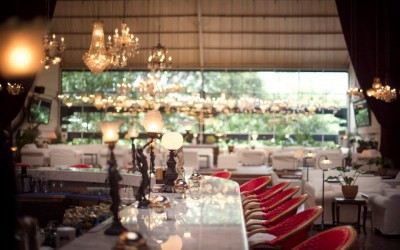 The Best Places For Drinks In Jakarta

Jayen Chow
A sporadic follower of the clean eating movement, Jayen finds baking to be therapeutic, and is a perfectionist in almost everything that she does. She loves rainy days but adores the blazing sun when she's at the beach, and has an equally bright perspective on life – even on the gloomiest days. 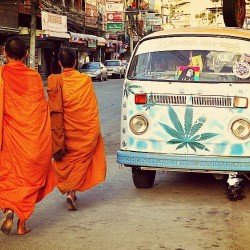 
Women Travellers To Phuket: 4 Things To ...