A tiny, landlocked nation nestled high among the Himalayan mountain range, Bhutan is among the lesser-travelled destinations worldwide. Devoted to ecological tourism, the nation actually restricts the number of people that visit, requiring all tourists to obtain a visa and pre-arranged trip from an authorised and accredited travel representative.

Bhutan’s main attractions lie in its western interior, largely in and around Paro, Thimphu, and Punakha. It’s where you’ll find legendary Buddhist sites, have access to Himalayan expeditions, and also be immersed in the social heart of Bhutan. If you’re about to make your way to the world’s happiest country, here’s a list of the top 10 locations to visit when in the last great Himalayan kingdom.

The kingdom’s largest and capital city, Thimphu, is located among the country’s most stunning valleys and along the banks of the Wang Chhu River. While the city doesn’t have a bustling night scene a younger traveller might normally look for, it makes up for this with incredible historical sites such Tashichho Dzong, the ancient monastery and fortress. Tashichho Dzong houses the throne and offices of the king and also government seats.

Erected in the mountains to commemorate the 60th wedding anniversary of the fourth Bhutanese king, Jigme Singye Wangchuck, the Buddha Dordenma Statue is a sight to behold. It happens to be the largest sitting Buddha statue at 51.5 metres high and is made of solid bronze with a gilded finish.  The Buddha Dordenma also houses over 125,000 small sculptures of the Buddha within. Interestingly, the structure of the sculpture was foretold by Padmasambhava himself in an ancient Terma dating back to the 8th century, which was repeated by the yogi Lama Sonam Zangpo in the early 20th century.

Bhutan’s second largest city will likely be your first impression of the country as this is where the only international airport is situated. Its main streets are flanked by traditional Bhutanese homes, quaint shops, and cafes and restaurants. Paro is also your best stop when shopping for unique pieces as well as Buddhist keepsakes. Do be mindful of your purchases, as certain items can’t be brought out of the kingdom. When in doubt, simply consult your guide.

Check out how the happiest country captured the heart of Marina Mahathir herself;

More commonly known as Paro Taktsang, this sacred temple sits 900 metres over the Paro Valley, perched on a ledge halfway up a steep cliff. Its name translates to ‘Tiger’s Nest’, and needless to say, its unique architecture makes the monastery an icon around the globe. It’s believed to be where Guru Rinpoche (Padmasambhava), who initially brought Buddhism to Bhutan in the 8th century, meditated. Legend has it that he arrived at the mountain after flying on a giant tigress believed to be the consort Yeshe Tsogyal. After practicing meditation in 13 caves on the ledge for three years, three months, three weeks, three days, and three hours, the place became a holy site. The monastery was only built in 1692 and is a cultural symbol of the Bhutanese people.

A large monastery and fortress of the Kagyu school of Buddhism. The dzong is currently on Bhutan’s list of tentative sites for inclusion as a UNESCO World Heritage Site. The site of the dzong was originally given to Buddhist Lamas in the 15th century, where a small temple was built. In the 17th century, the previous structure was demolished by the Zhabdrung Rinpoche at the time, erecting in its place the imposing dzong you see today. You may recognise it from the 1993 movie, Little Buddha.

Sitting pretty between the valley of Paro and Haa at 3,810 metres is Chele La Pass – the highest road pass in Bhutan. Just a little over two hours from Paro by car, the pass offers some sensational views of waterfalls, lush forests, grazing yaks, and sweeping vistas of the alpine valleys that border it. Along the road heading up to the pass are hundreds of posts embellished with prayer flags that have been set up by citizens to frighten away demons and evil spirits.

Also known as Pungtang Dewa chhenbi Phodrang, its name means ‘The palace of happiness and bliss’. Punakha Dzong is a 17th century monastery that was constructed by the fist Bhutanese Zhabdrung Rinpoche and was the second Buddhist dzong built in the kingdom. Here you’ll find several of Bhutan’s holiest artefacts from the Drukpa Lineage of the Kagyu School of Buddhism, as well as the spiritual remains of the first Zhabdrung Rinpoche. The dzong was also the location of the wedding of King Jigme Khesar Namgyel Wangchuck to his bride, Jetsun Pema, in October 2011. Fun fact: it was the first ever nation-wide TV broadcast to the Bhutanese people.

Like what you’re seeing? Here are some other spots you should check out:

The Phobjikha Valley, or Gangteng Valley, is a large u-shaped glacial valley and home to the famous Gangteng Monastery. One of the valley’s main highlights include seeing rare black-necked cranes that migrate here for the winter from Tibet. As the cranes arrive in early October, they circle the Gangteng Monastery roof prior to landing in the valley’s wetlands. These magnificent birds repeat this special ritual as they leave for Tibet in March. The reason the cranes do this is unknown, and Buddhists see it as a promise of protection.

Nature and animal lovers will get a real treat out of visiting here, as the valley is abundant in diverse plant life and home to more than 10 protected varieties of birds and animals. Many enjoy partaking in a three-day trip through the valley, and of course, hundreds of birdwatchers come to the area between October and March to witness the incredible crane phenomenon.

There are several sacred sites on this mountain, including the Jomolhari Temple. Many Buddhists make pilgrimage here. Also an hour’s stroll up the hill exists one of Bhutan’s highest lakes, the Tseringma Lhatso, or ‘spirit lake’.

Bhutanese Buddhists believe Chomolhari to be the abode of the five Tsheringma Sisters – women protector goddesses of Bhutan and Tibet – who were bound by Padmasambhava to protect the people, the lands, and the Buddhist belief from dark forces.

A gem of Bhutan, Jigme Dorji National Park was established in 1974 to protect the native species of endangered animals, letting them roam freely in this reserve covering over 4,300 square kilometres. Varying in altitude from 1,400 metres to over 7,000 metres allows it to be the habitat to many rare creatures such as the Bengal tiger, leopard, snow leopard, Himalayan black bear, Indian leopard, and the famed Bhutan Takin. Besides endangered animals, varieties of deer, goral, sambar, and also countless varieties of birds that are both native and migratory also live here.

Now, that you’ve got your list ready, all you need only to do is find a guide, pack your bags, and hit the road less travelled. 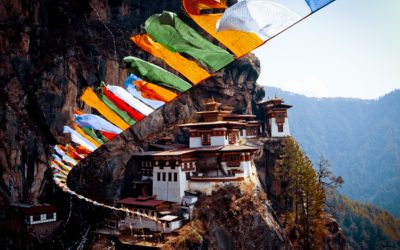 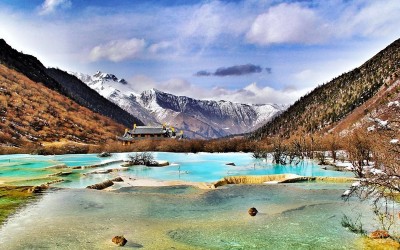 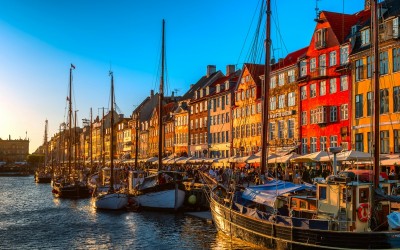 Twinkle Garg
Twinkle is an enthusiastic traveller and is always on the go, making new memories and creating virtual experiences for her readers on SwanTour.com. Her stories offer firsthand reviews of destinations and are a great help to other travellers.
W 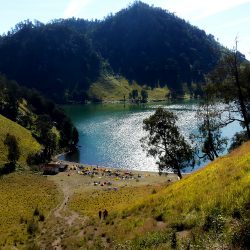 
A Glimpse Into East Java, Indonesia