Bhutan only opened its borders to foreign visitors in 1974 and has seen a steady growth in tourism since then. A country steeped in culture and history, one of Bhutan’s main attractions is Paro Taktsang, or the Tiger’s Nest Monastery.

Tiger’s Nest Monastery is one of the main cultural, religious, and tourist destinations of Bhutan. Not only does it offer a unique experience enabling travellers to visit an important religious site, but also offer visitors a glimpse into Bhutanese culture with spectacular views en route.

Built around the Taktsang Senge Samdup cave, it’s said that this cave is where Guru Padmasambahva (who introduced Buddhism to Bhutan) meditated for three years, three months, three weeks, three days, and three hours, in the 8th century. The Guru was taken to the cave on the back of a tigress, giving the monastery its name. It’s said that the tigress (the former wife of an emperor who became a disciple of the guru) chose the place, and tributes to her can be seen in the monastery’s hall of Thousand Buddhas.

In the first half of the 17th century, then-ruler Ngawand Namgyal had the idea of building a monastery near the holy caves. The commencement of the construction was initiated and carried out by his successor, Gyalse Tenzin Rabgye, who placed the first stone of the monastery in 1692.

Over 300 years later, in 1998, the monastery caught fire and was nearly destroyed. Emergency services struggled to reach the area due to its location. Thankfully, the monastery was restored after the fire and back to its original form by 2005.

It’s also this location that makes the Tiger’s Nest such an attractive site for visitors.

On sight, the monastery looks to be precariously perched on the cliffs at 3,120 metres above sea level in the upper Paro Valley. The Tiger’s Nest can only be reached via three mountain passes.

Two of these passes meander through a a rocky plateau called the Hundred Thousand Fairies. The third pass is more forgiving, taking visitors through a pine forest decorated with prayer flags to invite positive energy, vitality, and good luck, while providing protection from evil forces.

Thousands of devotees congregate at the valley to witness this unique festival:

The basis of Tiger’s Nest design is rooted in traditional Buddhist architecture with white buildings and golden roofs. Inside the temple is a gold-plated dome and golden icons. The courtyard of the temple houses a prayer wheel rotated by the monastery’s monks every morning to mark the beginning of a new day.

Altogether, there are four main temples and a number of dwellings – all interconnected by staircases carved into the rock. Nearly every building has a balcony that offer views of the surrounding mountains and valleys.

In addition, Tiger’s Nest has eight caves, four of which are fairly easily accessible. Tholu Phuk is the cave that Guru Padmasmabhava first entered on the back of a tigress and Pel Phuk is where he meditated. Today, the monks of the monastery are required to live and meditate in these caves for three years.

The Tourism Council of Bhutan has a ‘high value, low impact’ tourism policy that’s strictly adhered to. It requires tourists to meet a minimum daily package requirement. It sees that each tourist forks out a minimum daily spending fee that ranges between USD200 to USD250 (excluding visa fees).

It may sound like a price as steep as the cliff Paro Taktsang sits on, but it includes accommodation, meals, a tour guide, and travel within the country, among other things. All visa and package fees are to be paid directly to the Tourism Council via a travel agent (who receives their portion after guests depart). 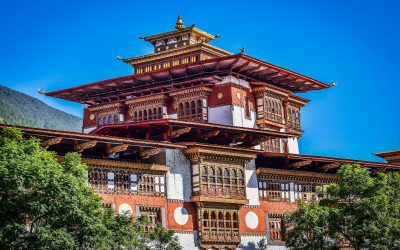 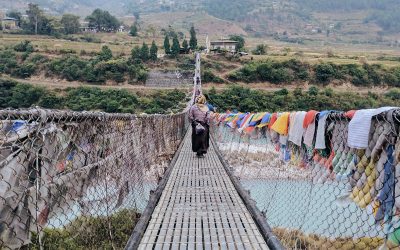 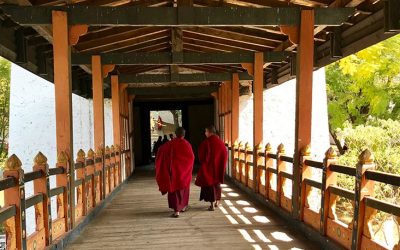 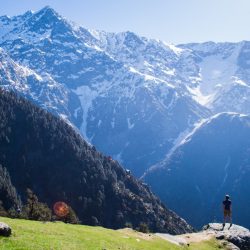 
Why You Should Choose Dharamshala, India...