Some of these historical buildings were built in memory of romantic partners gone too soon, while others were borne out of the pain of forbidden feelings, but they all pay homage to the strength of true love – and good architectural design.

No list is complete without the Taj Mahal, commissioned by the Shah Jahan in 1631 in memory of his wife Mumtaz Mahal, who died giving birth to their 14th child. Described by Nobel laureate Rabindranath Tagore as a ‘tear drop on the cheek of time’, the entire project took 22 years to complete and about 20,000 artisans at an estimated present day cost of $827 million. In 2007, it was recognised as one of the New 7 Wonders of the World.

There is dispute on whether Scottish planter William Kellie Smith built this home for his wife or son, but it was supposed to be a grand structure with Scottish, Moorish, and Tamilvanan Indian architecture, and potentially Malaya’s first elevator. 70 craftsmen were brought in from Chennai, along with bricks and marble. Unfortunately, Smith died midway through construction in 1926; his devastated wife returned to Scotland and the castle was never finished. Incomplete (and reportedly haunted!), the ruins remain a popular spot for wedding photoshoots.

Talk about the enduring power of love: Prince Pajitt fell in love with a pregnant woman but their bond was thwarted as he was forbidden from marrying a widow. He then vowed to marry her unborn child Orapima when she turned 16. Though they did fall madly in love, their love too was cut short as Prince Pajitt was murdered by a woodsman.

Flipping the script, Orapima killed her lover’s murderer and returned to her homeland in Phimai where she built the Prasat Hin Phimai which contains paintings and sculptures depicting their romance. This story does have a happy ending: Orapima had a standing order that anyone who cried after seeing her artworks was to be brought before her. This happened one day – recognising the spirit of her husband in the man presented before her, Orapima finally married and lived happily ever.

In the grand tradition of forbidden love stories, legend has it that a beautiful girl fell in love with a poor boy but was betrothed to a rich man by her father who didn’t want her to live in poverty. On the day of her wedding, the two ran away to Huangshan mountain where holding hands and intertwined to the end, they jumped off the cliff together.

Today, the mountain trails are lined with metal chains and poles covered in thousands of locks. Lovers climb the mountain together, and upon locking their tong xin suo (lover lock), throw their keys off the cliff to symbolise that they too are bound together in everlasting love. Whether you’re a believer or not, the site is worth visiting for its sheer beauty – it’s known as the loveliest mountain in the whole of China.

This is located in Asia adjacent, but it pays tribute to a well-known Persian folk story. There are several versions but the gist of it is that Farhad was an architect and poet who fell in love with the Princess Shirin. Their romance did not find favour with the royal court; Farhad was told that he could only marry the princess if he could dig a well at Mount Behistun (now part of the Kermanshah province in Iran) with just a chisel. Some variations of the story also say that the famed Behistun inscription – which you can still see to this day – was the work of Farhad, done to win further favour from the royal family.

Defying the odds, Farhad came very close to succeeding at his impossible task but was then falsely informed that Shirin had died. The monument depicts one version of their Romeo and Juliet-esque ending: in his despair upon hearing the news of Shirin’s death, Farhad throws his chisel in the air – it hits him on the head, killing him. Shirin rushes to the site, sees that her lover is dead, and jumps off the cliff to her death.

Nene, or Kita no Mandocoro, was the wife of Toyotomi Hideyoshi, a great warrior and samurai who was known as Japan’s second ‘great unifier’…and also a womaniser who was reputed to have more than 100 mistresses. When Hideyoshi died, Nene handed over the rule of the kingdom to the ambitious Tokugawa Ieyasu, sacrificing wealth and comforts to protect the legacy her husband had left behind. It’s probable that she also did this to prevent the kingdom from going to the rightful heir, Hideyoshi’s five year old son with his mistress Yodo, Toyotomi Hideyori, though history books give her more altruistic reasons.

At her request, Ieyasu built the magnificent Kodaiji Temple for Nene in the foot of Higashiyama Ryozen Mountains, where she retired as a nun to live the rest of her days praying for the soul of her husband. Some parts of the temple are painted with lacquer and decorated with gold.

Nevertheless, Nene’s efforts were for nought. Loyalists of Hideyori attacked, and the Osaka castle was burnt to ashes. Legend – perhaps more romantic and tragic than true – says that Nene watched the destruction of the castle and her husband’s legacy from Kodaiji Temple. Still, Nene went on to live a long life and even received the rank of Juichii, the highest rank a woman could receive from the emperor. 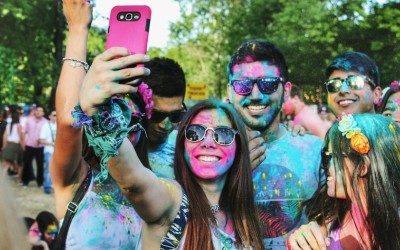 How Soon Is Too Soon To Go On A Couple Vacation? 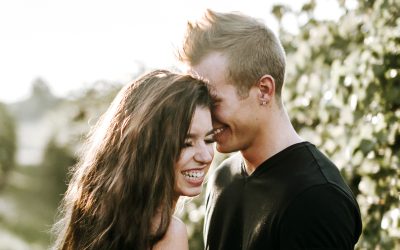 Do Women Fall In Love While Travelling? 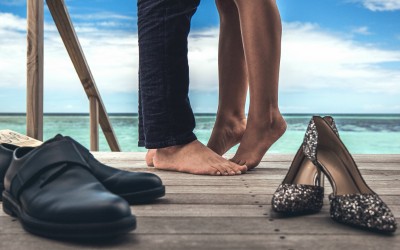 Honeymoon Destinations In Asia For Every Kind Of Newlywed Couple 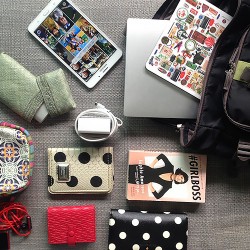 
Looking For A Laptop Backpack That Trave...