George Town is dotted with a plethora of Chinese clan mansions, the majority of which are centuries old, and to this day, they remain in this culturally diverse state. For Chinese immigrants living abroad with the same family name, kongsi refers to clan homes or gathering places.

Early in the 19th century, a large number of them arrived in Penang, and the majority were single men with no other close relatives in Old Malaya. These men spent most of their time working and resided on small boats stationed close to the present day’s Swettenham Pier, which is closely situated to George Town‘s ferry port.

They then constructed buildings now known as the Clan Jetties — houses perched above sea water, and over time, each jetty represented home to a specific tribe.

Sadly, only six of these jetties remain, but people have found ways to connect themselves to extended family or other clans in Penang, which is how these kongsi came about; a way to preserve traditions and keep them alive with distant relatives.

Get to know the various clans in Penang and the story behind each one.

The finest Chinese clan temple outside of China is (in our opinion) undoubtedly Leong San Tong Khoo Kongsi in George Town. It was established in 1835, on the eighth day of the fifth Chinese calendar month, when 102 members of the Khoo clan came together to form an organisation to look after the welfare of Khoo clan members in the Nanyang.

To form their group, they raised 528 Straits Dollars and chose the name Tua Sai Yeah in honour of their patron saint. It was intended to resemble the Ee Kok Tong, a different Khoo organisation from China.

The association’s role included keeping records of the clan’s ancestors and descendants. As a result of this diligent effort, the Khoos have one of the most detailed genealogical charts of any Penang clan.

The Khoos can be traced back to a common ancestor named Chan Chian Eng, who was ironically given away to a Khoo family from a different village, and he took on their surname. Chian Eng had a son who settled in the town of Sin Kang in the Chuan Chew province of Fujian Province, China. This clan settlement is where the Khoos of the Khoo Kongsi can trace their ancestry.

One of George Town’s most historic and captivating clan temples, Seh Tek Tong Cheah Kongsi, is tucked away in a quiet corner, so it’s pretty easy to miss if you don’t know what you’re looking for. While there is no record of when the Cheah Kongsi was established, we can conclude from title deeds that it was founded before 1820, making it the oldest of the five major Hokkien clan associations in Penang, the others being the Khoo, Yeoh, Lim, and Tan clan associations.

According to history, Cheah Yam was the founder, and between then and 1858, the association purchased various plots of land. The property at Armenian Street was purchased in 1858 and is currently home to the clan temple, which took 15 years to construct.

Coastal residents in China had a challenging time surviving the tumultuous years between the end of the Ming Dynasty (1368–1644) and the beginning of the Qing Dynasty (1644-1911). Many people from the coastal provinces of Guangdong (Kwangtung) and Fujian (Hokkien) on the mainland fled their native country in quest of a better life abroad.

Most people travel to areas like Siam, Sumatra, and Old Malaya in the Nanyang (Southern Seas). After travelling to Penang, the Cheah community initially lived in Butterworth’s Bagan Dalam neighbourhood. They gradually moved over the channel to settle in George Town, where there were more favourable business conditions.

They also founded the Cheah Kongsi and called it after their ancestral township of Sek Tong Seah, located in the Hai Teng District of Zhang Zhou prefecture of Fujian Province, in the present designated Development Zone of Hai Chang, opposite Xiamen.

The name Kew Leong Tong honours a specific Lim clan from China whose nine sons were promoted to the position of chief magistrates during the Tang Dynasty. In Penang, the main office is secured behind an iron grill gate on Ah Quee Street and is regarded as the parent of the three Lim clan associations in Penang.

The Kew Leong Tong Lim Kongsi was established by individuals bearing the surname Lim who originated from the village of Koe Guan in the subdistrict of Sam Tor in the district of Hai Teng, in the Cheang Chew prefecture (now Zhangzhou), in Hokkien (Fujian) Province, China. However, the association is open to anybody with the surname Lim, regardless of country of origin or dialect.

In 1863, during Emperor Tong Ti’s second year in power, Penang’s three Lim clan organisations were founded. In addition to Kew Leong Tong, the other affiliations are Toon Pun Tong (sometimes spelt Toong Pun Tong) and Bian Soot Tong. While the Toon Pun Tong Lim Kongsi is open to all the families from Koe Guan, the Bian Soot Tong Lim Kongsi is only open to the descendants of two subgroups of Koe Guan — the Keong Cheng and Eh Ho. On the other hand, Kew Leong Tong is available to all Lims.

Lim Cheng Kah presided over all three Lim Kongsis, and the association was based at Messrs Chop Heng Moh on 164 Beach Street. Kew Leong Tong relocated their office to the Lim Ancestral Temple building in 1866 once it was ready. Later, Ah Quee Street was demolished because Kapitan China Chung Keng Kwee alias Ah Quee offered his Beach Street shophouse to be torn down to build the street that bears his name.

The three Lim Kongsi had independent management committees after their official separation in 1930. However, whenever one hosts a significant event, all three associations’ members are invited, and the activities are typically conducted at the shared facilities at Kew Leong Tong.

Thye Guan Tong Ong Kongsi is a clan temple located on a busy Penang road in George Town and consists of the clan group of Min Hokkien with the surname Ong, known as Ong Kongsi.

The first ancestor temple was built at Jelutong by the sea in 1891, and it later expanded into the Kin Jiu Pah (banana grove or banana jungle). Seh Ong Kongsi, the current clan temple, is situated on a 30,827 square foot property at 436 Penang Road. It was bought over in 1894 and is now located across from Komtar in the centre of George Town.

There are many other Thye Guan Tong Clan Associations in Penang besides the Ong Kongsi on Penang Road. The clan association includes other branches with offices elsewhere, notably at Thye Guan Tong Sungai Puyu and Thye Guan Tong Bukit Tambun.

The clan temple was established thanks to a USD41,000 (approximately RM188,800) contribution from three brothers, Han Teng, Han Chong, and Han Siew. It eventually completed in 1900 and named The Min Hokkien Ong Kongsi, also known as the Kai Meng Ong Beow. It is dedicated to the pioneer king, or ‘ong’, who became the first monarch of the Hokkien State by guiding the Chinese to settle in the Nanyang, or Southern Seas, during the late Tang Dynasty.

In 1904, the Ong Kongsi established itself as the Thye Guan Tong Ong Kongsi and the Ong Si Thye Guan Tong. Then in 1905, Ong Chin Teik gifted a pair of granite lions for the entrance of the clan’s temple.

With the introduction of a scholarship fund in 1971 and a loan programme for members of the Ong clan to attend nearby institutions in 1985, the kongsi has continued to play a benevolent role in society.

The Ng Kongsi is a clan organisation of Cantonese people with the last name Ng, also known as Seh Ng Chia Soo or Ng See Kah Meow. This association building and temple are a part of a row of Cantonese-style structures spanning King Street. It also includes the nearby Kwan Kong and Nin Yong temples.

Ng Kongsi was established in the early nineteenth century. Around 1910, the current structure underwent renovation. The newly constructed facade encases the ancient structure, which dates to 1830. On the outside of Ng Kongsi, you’ll still see its Art Nouveau tiles. Stucco was used to finish the exterior facade up until about 2007 when granite tiles were installed in their place.

While you’re there, observe the distinctive stepped gables and Cantonese-style architecture of the temple. Aesthetic additions to the structure include double-height panels, antique furniture, and ceramic flower stands.

The association of Hokkien clansmen with the surname Yeoh is known by its official name, Har Yang Sit Teik Tong Yeoh Kongsi. At the intersection of Chulia Street and Victoria Street is a plot of land where the association’s office and clan temple are located. Yeoh Kongsi, along with Cheah Kongsi, Khoo Kongsi, Lim Kongsi, and Tan Kongsi, is among Penang’s top five Hokkien clan organisations.

The village of Sam Tor Eh Yeoh Seah in China’s Fujian Province is the home of the Yeoh ancestors. Yeoh Yew Kheng, also known as Yeoh Teik Kheng, or Yeoh Guy Pin, was their common ancestor. In order for the Yeoh clansmen to have a space to worship their patron deities, Sye Thow Kong and Poe Seng Tai Tay, the Yeoh Clan Association was established in 1836. Its secondary goal was to ensure the wellbeing of the recently arrived Yeoh clan members.

Within the association’s grounds is a statue honouring the Yeoh Kongsi clan temple construction, which began in 1841. When the temple was first built, it was situated on the waterfront, and the temple even had a jetty of its own.

Unfortunately, land reclamation in the second half of the 19th century resulted in the development of Victoria Street and the addition of land in front of the temple across the street. There was once also a stage where Chinese operas were performed for the Gods’ amusement, but it was destroyed during World War II and never rebuilt.

This kongsi, possibly the oldest of the Tan clan organisations in Penang, worships at the temple located at Eng Chuan Tong. The Tan surname originated from the Zhou Dynasty and is among the most popular surnames among Chinese people in Penang.

While the ancestral temple was constructed in 1878, it is unknown when the clan was first established. A copper altar and a wooden plaque are two of the temple’s oldest records dating back to 1852 and 1857, respectively. The clan association is considered one of Penang‘s oldest (if not the oldest) having been founded in 1810 or possibly earlier.

At its original location, the Eng Chuan Tong Tan Kongsi — then known as Wei Hoey Beow — was on Chulia Street, and the members of the clan lived in a series of townhouses surrounding the ancestral temple. Its accomplishments include starting the Eng Chuan School for people of the community in need.

*All images by Sybrina Ng unless stated otherwise. 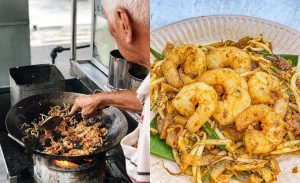 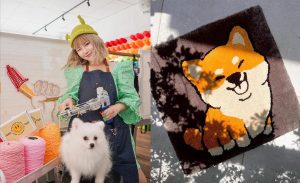 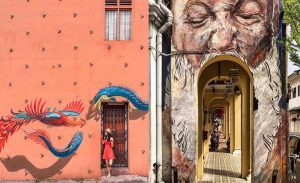 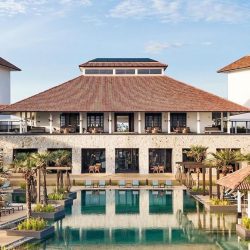