We’re well into September, and with Halloween not too far away, perhaps it’s time you started planning a spook-tacular holiday. For those of you who don’t mind travelling far for a dose of dark tourism, consider heading to the hauntingly beautiful country of Russia.

Normally known for its romantic locations, St Petersburg also has plenty to offer the suspense-hungry traveller. As one of Russia’s most populous cities, visit the Venice of the North by first getting a Russian invitation — so plan accordingly.

Before we dive into the spooky must-visit locations in the world’s largest country, it’s important to note that Russia is a land that’s been ruled by many. Some were good and some were bad, but thousands of people have passed during times of war, and that’s what makes the hairs on your neck stand at these locations.

One of the famous suicide spots in St Petersburg is the Obvodny Canal. This canal is situated to the extreme south of the city, along its borders. This canal is surrounded by buildings and busy roads, still, these incidents keep taking place. People believe that restless souls take the life of innocent people. The canal isn’t even deep enough, but people are somehow successful at taking their lives here. You will feel ‘that chill’ if you ever travel here alone.

*Note: If you or a loved one are suffering in silence, you are not alone. There are many free resources you may turn to for help.

Rasputin is a famous character in history — but who was he exactly? Born a peasant, he became a renowned mystic and holy man when he befriended the family of Russia’s last Tsar. He then lived a glorious life and there are those who believe he lives on till today. How? It’s believed that his spirit haunts his apartment.

A man of considerable influence, he lived at 64 Gorokhovaya Street, and now the house has been turned into a museum. Rasputin was killed brutally; first, he was poisoned, and then shot and drowned. Mystery shrouded Rasputin while he was alive and even so many years after death. Head on over to his home if you’d like to uncover these mysteries.

This is one place that’s not for the weak of heart. Located on the corner of Gorokhovaya Street and the Fontanka embankment, the rotunda is your typical 18th-century home… except it’s not.

The circular hall of the building was a gathering point in the 80s. Once a place visited by talented young people of the nation, it has now turned into a spooky building. Some believe that spirits haunt this place, and if anyone goes there at night, they might be cursed. On the other hand, others believe that your wishes will come true if you write your dreams on its walls. If you’re brave enough, then you must see the old walls and graffiti with your own eyes.

Other spooky and mythical stories that surround this building are of how a young lad once went to the basement and ended up in a parallel universe, emerging 15 minutes later as an old man. There are also tales of how the rotunda is the centre of the universe — due to its location at the intersection of the meridians of the St Petersburg hexagon. Weird stuff.

This castle is so gorgeous you won’t be able to take your eyes off it. The original citadel of St Petersburg, Peter and Paul Fortress is a famous spot for tourists. But although visitors are amazed at its beauty, its past isn’t so.

It was a prison during the time of Peter the Great’s rule, and he was blessed with a prince and princess. But a tragic flood took the life of princess Tarakanova while his prince had a dark fate too — being executed for treason. Along with the prince and princess, many others have died in the Peter and Paul Fortress; some of whom were political revolutionaries, Decembrists, and enemies.

Naturally, it’s said that the restless spirits of those departed still haunt the fortress as ghosts and ghouls, and no one dares to visit Peter and Paul Fortress at night.

So, go on and pay St Petersburg a visit. Drop by at any of these places and you’ll never really be alone.

Maria Jones
Maria Jones is a travel blogger and freelance writer. On her blog Wonderful World, she takes readers with her on her travels in Russia and beyond, combining the must-sees with those things that characterise a destination. She only functions after a cup of caffeine and when she’s not traveling or writing, you can find her at a dance studio. 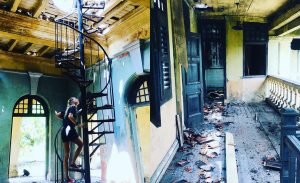 9 Haunted Locations In Malaysia For The Horror Enthusiast 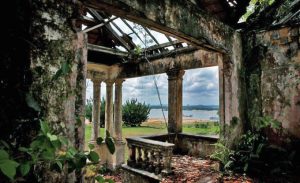 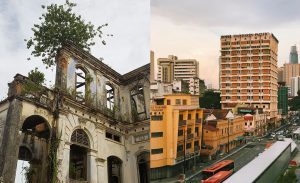 9 Famous Malaysian Ghosts & Where To Find Them 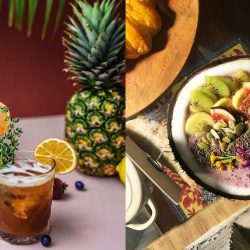 
7 Of Johor Bahru’s Most Instagrammable...