It goes without saying that travel has changed due to the COVID-19 pandemic. Arguably, it may even be for the better (environmentally, at least) as people are becoming more mindful of their travel habits and choices. For one, fewer people are expected to be opting to fly, for fear of being cooped up in a small enclosed space with strangers for hours. So, no flying? No problem! Opt to travel by land instead.

Whether by rail or road, travelling by land is an experience in itself. Take for instance the Death Railway that winds through the tropics of Thailand and Myanmar. It’s a ride that’s equal parts beautiful and tragic.

Going by many monikers, such as the Thai-Burma Railway, Siam-Burma Railway, or simply the Burma Railway, the Death Railway was built during World War II, between 1942 and 1943, and used to transport troops and supplies between the two countries. Upon its completion, the railway stretched 415 kilometres from Non Pladuk in Thailand to Thanbyuzayat in what was then called Burma (now Myanmar).

The railway was closed at the end of the war in 1947 and re-opened 10 years later to provide transport to the local community. Over 130 kilometres of the line is still in use today. Visitors can ride the line between Nong Pla Duk and Nam Tok to Bangkok and Kanchanaburi.

The stretch along the Wampo Viaduct is particularly scenic. Perhaps the best-known stretch of the rail line is the section that crosses the Khwae Yai River – better known as the bridge on the River Kwai. 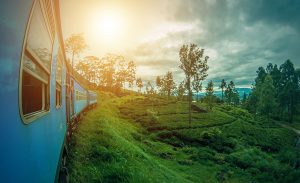 Loving the idea of a train ride? Well, consider hopping aboard this Sri Lankan trip that’s considered to be one of the most beautiful rail routes in the world: A Train Trip From Kandy To Ella In Sri Lanka

The need for Speedo

The time leading up to the end of the Death Railway’s construction became known as ‘The Speedo’. During this time, prisoners and labourers were pushed to work even harder to speed up the completion of the railway. Working conditions were terrible, caused by the monsoon season, heat, poor treatment from the Japanese and Korean overseers, and little food.

During this time, over 20 per cent of the workforce had lost their lives. Over 14,000 Allied prisoners of war and 90,000 local Asian labourers tragically died during the construction of this infamous railway, giving it its macabre moniker.

Hellfire Pass, known to the Japanese as the Konyu Cutting, is a pass that cut through the Tenasserim Hills at 75 metres long and 25 metres deep. Workers excavated this pass by hand – drilling and digging through rock with picks, hammers, shovels, and dynamite. Forced to work into the night, the noise and shadows cast on the surrounding rock by the light of their lanterns created a scene likened to Hell.

Today, the area features a Hellfire Pass Memorial Museum and Walking Trail. The area overlooks the mountainous countryside, surrounded by a bamboo forest. Visitors receive headsets with audio recordings of survivors recollecting their personal experiences while working at Hellfire Pass. The walking trail is about four kilometres long, with a memorial near the bottom of the stairs. If you wish to stay, there’s even a place to go glamping here.

Kanchanaburi has a museum dedicated to the railway and its construction, where hundreds of black and white photographs of the construction of the railway can be seen. Some artefacts on display include tools and objects used by the Allied prisoners and Japanese guards. Along with that, the museum has models of the landscape, bridges, and of course, the railway path.

All in all, the Thailand-Burmese railway gives visitors a scenic train ride through some iconic places. The beauty present today is in stark contrast of the horrors endured by those who were instrumental in the construction of the bridge. 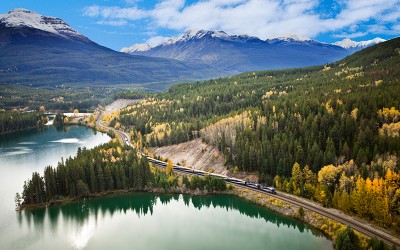 Oh Canada! What One Of The Best Train Rides In The World Looks Like 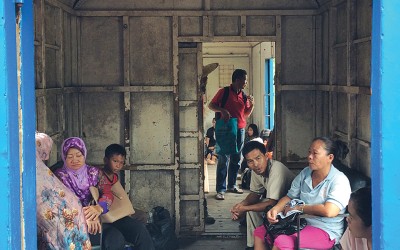 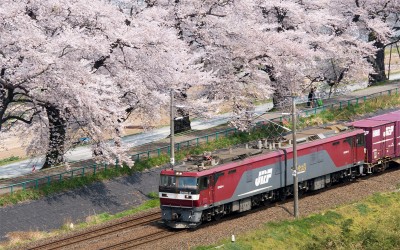 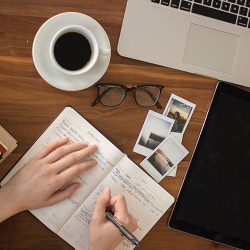 
Upskill Yourself For Your Upcoming Trave...