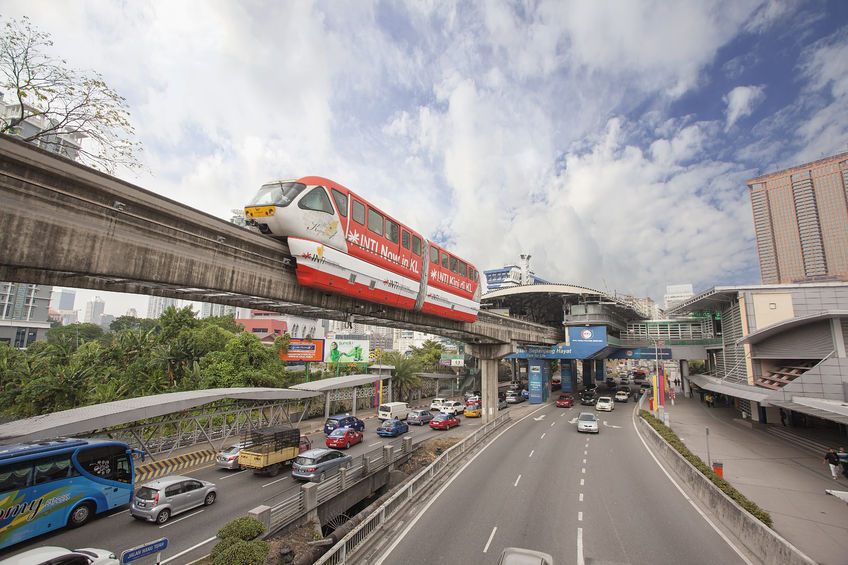 Kuala Lumpur was recently ranked seventh in a survey of unsafe cities where public transport was concerned, for women. Now let me disabuse you of the notion that Kuala Lumpur is a lawless, unsafe place for women unless chaperoned.

I’ve never owned a car, nor have I ever driven one in the city. Buses, trains, taxis, I’ve used them all and what I can say is that yes, as a woman, while safety is a concern for me, I don’t think I would feel all that much safer not taking public transport.

Women have been abducted, robbed, assaulted in parking lots or tormented by road bullies while on the road. Crime is a reality of urban life in Kuala Lumpur, something that remains on the periphery of residents’ visions like the constant flow of traffic and our impatient, impolite drivers.

If you’re a woman travelling alone in Kuala Lumpur, it is possible to make constant trips alone and be unscathed. Let me, however, mention one caveat: the Caucasian woman problem.

In a country where most are dark of hair and tanned of skin, being a Caucasian woman automatically singles you out for attention. Asians like to stare, I’m sorry to say. While you could walk on the streets of Copenhagen with a foot high Mohawk and piercings everywhere and not get more than a passing glance, in Asia, locals will stop, gawk, perhaps even point and stare.

The exception might perhaps be Japan; they’re a little more polite there.

Local women do have to put up with the odd catcall or men being a little too friendly. The unwanted attention however amplifies if you are, unfortunately, a white woman alone.

Maybe it’s because white women are objectified so much in advertisements, TV and film that the men prone to treating women badly are over more boorish to white women. You somehow become a strange, exotic plaything and not a human being. On the flip side there’s the fetishisation of Asian women in the West, but that’s a whole other story.

The reality of safety when you’re travelling alone is the same wherever you are…when you’re a woman. To always be a little bit afraid, to always be just a little more careful in a strange country is a natural instinct.

Kuala Lumpur, for all its imperfections, requires a little bit of caution but not to the level of paranoia.

TIP: Whenever you can, take the train. Though you should avoid the Kommuter line, which is slow and plodding, the Monorail, Star and Putra lines should get you to most accessible places quickly, cheaply and are the safest modes of public transportation in the city.

Buses in Kuala Lumpur are a mess. Often poorly maintained, with erratic schedules, there are far too many areas that are inadequately served by buses so to make up the distances not covered by train stations, you will have to endure the Malaysian taxi.

Make no mistake, Malaysian taxi drivers have a bad reputation for a reason. Due to the oversupply of taxi licenses, it’s hard for cabbies to make a decent living as there’s so many expenses to cover. Taxi rentals, gas, repairs, tolls and thus, they’re prone to overcharging, taking routes longer than necessary or spiking the meter to move just a little faster.

But for every terrible cab driver, there are at least four or five others who might talk too much, drive too fast or smell a little and yet get you where you want to go safely. Know that you can and should take down the details of a cab you enter and call 1-800-88-7723 to report errant taxi drivers.

It’s better these days now you have taxi hailing apps such as MyTeksi and of course, the Uber car hiring service. You won’t have to be waiting alone at a cab stop or need to wave frantically at coming taxis by the roadside.

There is one thing I won’t deny, though. If you’re alone, best not travel at night by yourself after 12 am. Besides the taxis charging you a midnight surcharge, it’s also when the ladies of the night ply their wares on street corners, when anyone (not just women) is seen as fair game by thieves and the police are even busier than they are in the daytime.

As someone who has been using public transport in Kuala Lumpur for a decade and managed not to get robbed, assaulted or groped (though we won’t go into all the times I’ve been hit on by taxi drivers), exercise the same caution you would in any strange city. Be alert, be cautious, keep emergency numbers and backup documents handy – all advice any woman should take, if travelling alone.

Hope for the best, prepare for the worst. And, please, just take the train.