I can’t move, I can’t tell you, I can’t take that feeling away from you.

Those are just some of the thoughts that typically run through my head when I regain consciousness after an epileptic seizure. I was diagnosed with epilepsy and a brain aneurysm at the age of 12, following a cheerleading accident.

I usually wake up on the floor – because no one ever sees it coming and so no one ever has time to catch me before I fall – with my muscles frozen. I imagined my nerve endings were being stabbed continuously with ice picks, while my toes and fingers would be as cold as ice.

Looking up, I would be met by a sea of blurred faces, and voices of distress and panic. As my vision shifted into focus, my ears would begin to pick up what they’re saying. “Did you take your medication?”…”Can you get up?”…”Do you want some water?”…”Do you want to sit?”…”Did anyone call a doctor?”…

With each question, my body would sink into a deeper state of fear. Such queries, which I very badly want to put to rest, cripple me. The temporary paralysis and the temporary inability to speak don’t scare me. It is the inability to take away the pain of those around me, to erase that pale look of fear from their faces and hearts. After 11 years of suffering from seizures, I taught myself how to harmonise my body with the pain. I work with the pain, and I feel stronger for it. 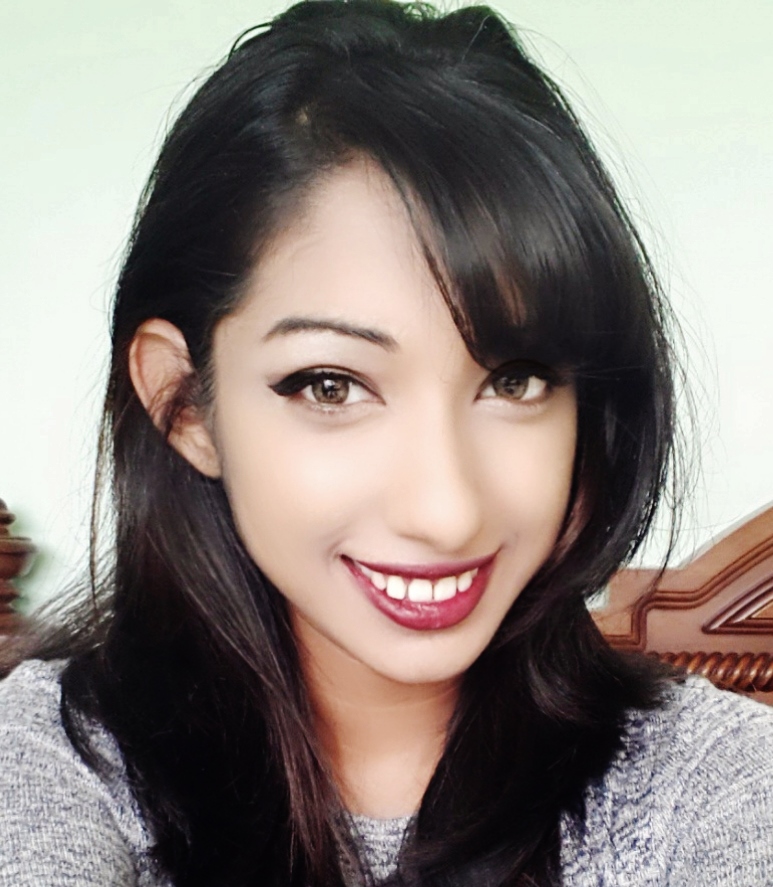 The voices around me – doctors, family members and friends – constantly remind me of the risk I take by simply stepping out every morning. I can’t drive, I can’t take public transport alone, and doctors have advised me against swimming or travelling.

As the voices multiply, they begin to sound like white noise, a collision of meaningless words. The only clear voice in my head is my own. The voice that says, “If stepping out the door each morning is a risk, then for every day I come home alive, I have survived. I escape danger daily. I have……a superpower. If I proved people wrong just by stepping out my front door, why not keep trying to beat the odds with the bigger things? Do the things that people think someone with epilepsy are not able to do because of the likelihood of having a seizure. After all, the odds of knowing when I will get a seizure are about the same as knowing when I will get hit by a bus.” And so began my quest for doing the things that no one could imagine someone with epilepsy would or could.

Over the years, I have worn the scars of my seizures like badges of honour and proudly trotted the globe with them. Like super heroes who do their best to keep their powers hidden, there are bound to be times where your powers are forced to reveal themselves.

One such occasion was when I travelled from New York to Florida, for Disney World.

It was basketball season and John F. Kennedy International Airport was filled with attractive athletes. I was the same height as their luggage, which I thought was a good thing because then they wouldn’t see me gawk at their unrealistically symmetrical faces. The attraction faded quickly when I overheard their conversations of what hair product would last them the longest throughout the flight.

My eyes then drifted in the direction of my own family, sitting in a row waiting to board the flight. Every one was doing their own thing but you could tell we were all together, and it wouldn’t be the same if even one of us wasn’t on the trip.

I noticed the stolen looks that my parents exchanged, checking with each other if it was time to board yet. My elder sister, engrossed in her fantasy fiction novel to notice much of the world around her, still found time to tell my little brother to be careful when playing with the trolley of bags. To my surprise, my brother obeyed her instructions, albeit reluctantly.

Then it was time to board. I dragged my feet towards the scanners, dreading having to remove the many layers of clothing I had on (New York was still in winter mode) and then to put them all back on. What a chore!

As we boarded the flight, I decided to let go of one of my sweaters, too lazy to put it back on. I rolled up the sweater and held it in my hand. As we walked towards the airplane doors, I felt a sudden rush of cold air that made my heart feel like it was sinking into my chest. I grabbed hold of my dad and whispered weakly “Cold”.

He took off his leather jacket and wrapped it around me. He could see that my eyes were turning glassy and weak. He patted me on the back and assured me. “Hold on just a little while, we’re almost there”.

I could already feel my toes starting to curl as the cold crept along the nerves in my toes and fingers. I closed my eyes and limped my way through the plane. Just as our seats came into view, I felt my body slip away. I was slowly losing grip and there was absolutely nothing I could do about it. Everything just went dark.

I opened my eyes to a sweet stewardess looking over me along with several other unknown faces. I didn’t realise what had happened. A group of people lifted me up and propped me up on a seat next to a complete stranger. Dazed and confused, I turned to him and asked “Did something happen? Why was the flight delayed?” He smiled and asked me how I was feeling. I didn’t realise it at the time, but I had actually actively ignored my physical state for those few moments until I heard the word “feeling” and then instantly, my focus was diverted by a rush of pain shooting through my every limb.

I have always had a high threshold for pain; I managed to murmur to the kind stranger beside me that “I’m fine”. He smiled and said “You’re not, but you will be” before introducing himself as Keith, a doctor, and told me that my parents were seated a few rows up front. 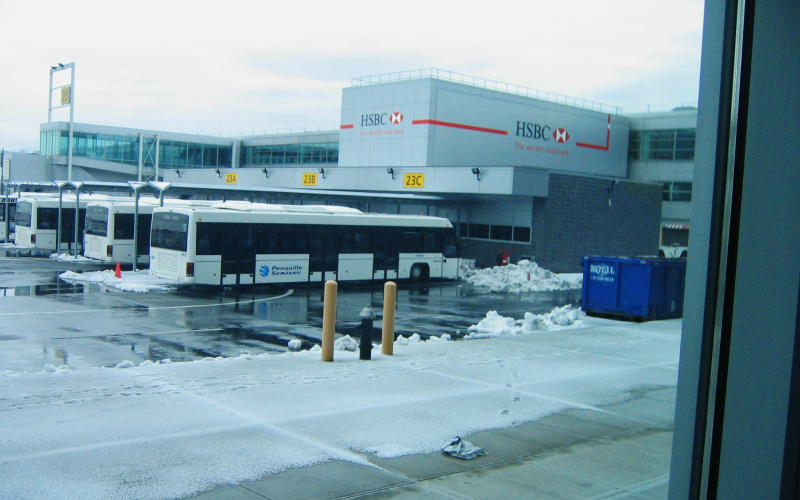 I asked him what had happened to me and he said “You had a seizure. I think it was from the cold”. I continued talking to him, telling him about where I was from and how I ended up on a flight to Orlando. He stopped me mid-conversation and commented, “You’re one strong girl to travel despite having this condition.”

I smiled and remained silent as my eyes drifted out of focus and my thoughts began overwhelming me. “I’m not strong; I barely survive every time I get a seizure. They don’t know how weak I really feel, I’m a fraud. I am pretending to be okay when I’m really in so much pain. That doesn’t make me strong. It makes me a very good actor”. I thought to myself, “How am I supposed to live this masquerade, pretending to be strong so that no one ever uses my weakness against me…”

I looked over at the row of seats beside me and saw a little boy wearing a Superman t-shirt, and that’s when it hit me. I’m Clark Kent. I have a secret identity. I’m not weak, I just have a super power and if people knew the full extent of my powers, they wouldn’t know how to receive it. However, like Superman, I too have a kryptonite. I can’t help the people around me, I will never be able to harmonise their pain or to take away their helplessness. That is a pain no medication can ever take away.

Then I remembered a line from my favourite poem, which, till this day, is my anchor for the days when I feel that I have no control over my life: “I am the master of my fate, I am the captain of my soul”, from Invictus by William Ernest Henley.

Those simple words are what keep me afloat. It’s what keeps the kryptonite from taking up permanent residence in the corners of my mind and my life, and allows me to continue travelling and seeing the world.

Hera Keziah binti Iskandar Zakaria Melvin
As her father was a hotel General Manager, Hera grew up in resorts and hotels, an experience she wouldn’t trade for anything else. She has worked in the hospitality industry, fascinated by the lifestyles that travellers led and wanted to see the world the way they did. Having swapped her hotel job for a career in tourism, she continues to live vicariously through the stories of travellers she meets and makes it a point to travel to a different place at least once a year. 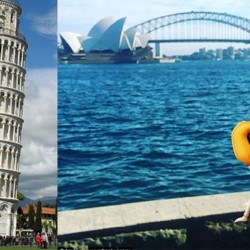 
How To Travel The World Using Pokemon Go...