While the Serengeti offers amazing game viewing opportunities all year round, the main attraction is the annual migration. Accompanied by zebra, buffalo, elephant, giraffe, gazelle, and antelope, the wildebeest move between Tanzania and Kenya seeking greener pastures each year. Add the sight of Maasai tribesmen in their red robes, and you are in for a sight to remember.

Every year, nearly two million wildebeest move between Tanzania and Kenya during the migration. They are accompanied by roughly 200,000 zebra, 350,000 gazelles and 12,000 eland. While they are resting during the dry season (January to March) in the Ngorongoro Conservation Area and Maswa Game Reserve south-east of the Serengeti, the females give birth to nearly 400,000 calves. Hundreds of predators including lions and hyenas can be seen around this area during this time.

It’s all about the rain

The herds move between Tanzania and Kenya, following the rain and thus food and better quality drinking water in a clockwise direction. The short rains begin in the Serengeti in Tanzania around the beginning of November. The herds follow shortly after, usually arriving late November to early December. In April they start migrating north. By May they are usually around Moru Kopjes and west of Seronera. By July they congregate on the south side of the Grumeti River, and they are often seen crossing the Mara River further north. They keep traveling north in July and August, crossing through the Grumeti and Ikorongo Game Reserves, and the Serengeti National Park. September sees them across the northern Serengeti, and during October, they travel through Loliondo and the Serengeti National Park’s Lobo area. In November they return to the southern Serengeti, where the whole cycle starts again.

The herds’ journey from south to north is nearly 3,000 kilometres long, but for their brief stay in the south, the cycle is never-ending until death. Predators are rampant and many wildebeest get caught along the way offering fantastic opportunities for onlookers. It also helps to keep the numbers down, remember that nearly 400,000 calves are born each year.

A nick name or two

The annual migration has earned the Serengeti a few nick names along with world fame. It is known as ‘The Land that Moves Forever’ – referring to the never-ending cycle that the herds follow across the rolling grasslands.

It has also been listed as part of the ‘Ten Wonders of The Natural World’.

How to view the migration

There are a number of accommodation options in and around the Serengeti – be sure to book early as the time around the migration is extremely popular for obvious reasons. Also check out surrounding reserves as they could offer activities not provided by the main park.

You can view the migration by going on a guided game drive, walking, or cycling tours. There is even a hot-air balloon option!

The Serengeti is sure to please and satisfy anyone who wishes to take in the beauty of Africa and view the wildlife. Contrary to popular holiday practices, it is one of few places in the world where the rainy season is the best time to visit. 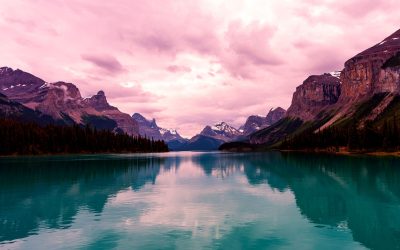 Places You Might Want To Visit While They Still Exist 
10 Of Manila’s Most Instagrammable Spo...