It has been raining non-stop since Tuesday. Not exaggerating, branches are falling all over, big roads in Argentina and Chile have collapsed – but from where I’m seated, life has been posh and peachy for the past two weeks, so I’m not complaining.

I have been staying in the most charming of homes, with a lovely mother of two beautiful daughters, a fluffy golden dog, and a spotted brunette cat. This place is perched up a hill, surrounded by orange-reddish trees shedding its autumn leaves, and doubles up as a family guesthouse – which is how I got to be here. Being the only Workaway volunteer, I have the cute little attic all to myself. Once I crawled into bed the first night, my poor planning and overspending over the past week simply did not matter anymore. I’m finally in Patagonia, and it’s great and whatever’s in the past has passed.

After a 26-hour bus ride from Córdoba, I arrived at the tail end of the Easter holidays, to a fully booked guesthouse. That was the first and last I saw of guests. Which is sad for business, but kind of comforting for me because I realised I don’t know what to do when visitors come over. My Asian side instinctively kicks in and I tend to remain quietly tucked away in a corner, or I want to go hide in my room. But I think the polite or more culturally appropriate thing to do is come out, say hello, give a kiss on the right cheek, and make conversation.

One day I followed the family to a horse ranch, hoping for some scenic views while the younger daughter goes for her horse riding lessons. Within 10 minutes of getting there, I accidentally snubbed someone. Everyone who sees everyone bursts into chatter upon meeting. I was just saying ¡Hola! with a slight nod to whoever and kept on walking. Until I saw, at the corner of my eye, this woman had a whoops-like expression as she quickly stepped back. Making me go “Oops!” as well, for I realised she had stepped out to greet me with a kiss but I just walked past. I felt so embarrassed. I turned back to say hello the correct way. You can be sure I did not leave a single right cheek un-kissed after that.

Whenever I’m left alone with the daughters, or if the mum steps away from the dinner table for even a short while, I feel my body tense up immediately and I just start praying that the girls will start chatting to each other so I can fade in the background. I get so painfully awkward I cringe at myself.

Luckily, there actually is a lot of work to be done despite having no guests around. I view this as a great opportunity to minimise contact by keeping busy. The thing is, I think the girls are absolutely lovely; I really do like them a lot. I just wish my mind would come up with things to say. Since it doesn’t, I’d rather stay out in the gardens, rake the leaves, work with compost, even though it’s absolutely tiring transporting buckets of this fertilised mishmash up and down a hill. I can see how people get into gardening though. It is rather therapeutic to sit on the ground and pat the soil down. Or maybe I just like being in dirt.

Then there’s the dog. A luscious golden retriever named Paula. (Pronounced Pow-la, not Paw-la. Because, Spanish.) Always looks like she’s smiling, so pretty and so friendly that you can’t resist befriending her, then she’s forever up in your face. Wherever I am sweeping, there she chooses to stand and drop her ball. The moment I squat or kneel near the plants, her head bops right over next to mine. I start arranging the compost on a new garden bed, and suddenly that becomes her new favourite spot to chill. She’s made e realise I only considered myself a dog-person in the past because my dad did all the hard work of properly taking care of our dog(s). I just played with them as and when. I could never have my own dog; they require too much attention and I’ll just end up feeling guilty for not being able to provide as much as they need.

Come to think of it, I don’t think I’ll have cats in my future home either. I’ll just stick to plants. Plants won’t throw a tantrum and urinate all over the walls when they’re sick or unhappy or whatever. The cat here peed in the fruit bowl last night. Or this morning. Possibly because she wanted to go out but no one opened the windows for her because everyone was asleep. By the time we rolled out of bed and sat down for breakfast, it was almost noon. I love weekend timing.

I love being here, period. I believe this is the calmest I have felt in a while. My mind has been at ease. I’m being fed really good food. Fresh homemade bread every day, baby! Real butter. Multiple choices of jam. Cheeses. French press coffee daily. Organic fruits. I cannot be more thankful. I should also mention that they’re a German family. Which means, only good quality products, please.

I don’t at all mind putting in more working hours because I feel so spoilt and have nothing to complain about. I’ve also been discovering new (well, new to me) podcasts to listen to while I work. Which has been my platform for binging―since I don’t have Netflix or Game of Thrones and all that to feed on. My current favourite actually is about food and it’s called Off Menu (with James Acaster and Ed Gamble). British comedians talking to other comedians about what they would order if they could order anything at their dream restaurant. It is such a hilarious little joy listening to them perk up talking about their mother’s cooking, or this one dish they had this one time, and it makes me wish I could join in the conversation, especially when it involves the love of butter.

Another podcast I was recently recommended to, and instantly adored, is Love Stories (by Dolly Alderton). I would be smiling as I’m sweeping, hearing Stanley Tucci talk about falling in love on a bus in high school, and Marian Keyes going for all the wrong boys until she met her husband after rehab, and other more recklessly romantic not necessarily dramatic tales. It just made think, a) If the whole “When you know, you know…” thing is true, then I definitely have not known, and b) I am so incredibly grateful for all the loves I got to be a part of.

Different narratives, different settings, different characters (only occasionally reoccurring), and there’s so much beauty in each of them. Just thinking about it now is leaving me a bit stunned. In a good way. I almost can’t believe how much I got to feel and experience. I suddenly feel like thanking everyone in my past who have created a special something with me.

Maybe it’s my hormones. My menstruation has been out of character for the past two cycles. As in, my mood swings to the positive. I feel extra open and loving and cheery the day I start bleeding. Leading up to it, still the same. One day prior will almost unfailingly involve tears over typically something insignificant, which is my clear cue. Because if it was significant tears, then it’s a legit reason to cry and no reason to suspect anything. When I start crying over a video of Emma Stone crying over Olivia Colman winning an Oscar, I know something’s brewing in my uterus. But yes, I can’t tell if my above gratitude is hormonal or not. Feels a bit too strangely jubilant.

I am, however, legitimately grateful my period is happening now. Because my next Workaway station is in the middle of nowhere. The area is called Confluencia Traful, and when I mentioned it to my current host, she gasped and went, “No, there’s nothing there!” No electricity even. I’m not sure what to expect. But I would like to bleed comfortably and cleanly here before heading over. Mainly because I don’t know what the toilet situation is like. And there is nothing worse than removing a full menstrual cup, emptying it out, but then having nowhere to rinse (it and yourself) before sliding it back in.

With that said, it means once I send this letter off, I’ll be incommunicado for however long I’m there. A couple of weeks, maybe three. What I do know is, I am scrapping the plan to go to Ushuaia. I got carried away by the fascination of being at the end of the world, but it is way out of the way. Plus I’ve been unable to get a Workaway placement there, so I’m not going to go.

Alrighty then, as you can tell, my time here has been wonderful without any drama of sorts. I’m heading out for a walk now. Maybe get some groceries. My future host requested that I bring some cheese when I go over. I guess since they can’t just pop to the shops, as the nearest town is about an hour away – crazy – so I shall buy them some cheese.

I’m quite excited to shut out all of social media for a while. Speak to you once I’m out of the woods! Hugs and kisses! 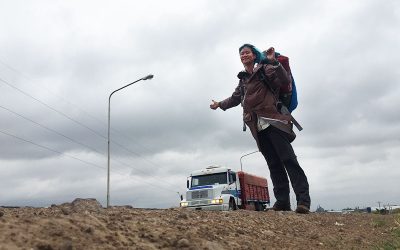 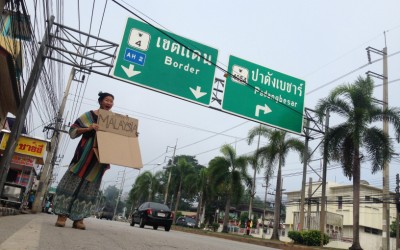 The Unforgettable Truckers I Met Hitchhiking From Poland To Malaysia 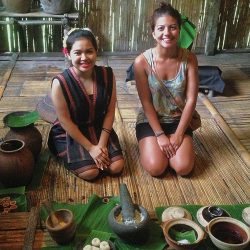 
Mistakes To Avoid While Backpacking Arou...