Malaysia is the top place of interest for medical tourism. In an article with Singapore’s The Strait Times, it’s said that “Malaysia positioned itself as a medical tourism destination about 10 years ago when it launched MHTC under the health ministry, and has grown at a rate of about 15% annually since then.” The country saw a total of 900,000 medical tourists in 2018, and 1.3 million in 2019. However, our borders won’t be open to all countries as Malaysia Healthcare Travel Council’s chief executive officer, Sherene Azli, said, “six countries – Brunei, Singapore, South Korea, Japan, Australia, and New Zealand – have been identified for such green zone entry.”

Support the arts, said Tourism, Arts and Culture Minister Datuk Seri Nancy Shukri to local travel agents. In an effort to strengthen the economy through domestic tourism, the minister is asking for travel agents to include the arts and culture programmes “as the public is supportive of these programmes.” In addition to creating such packages, she also mentioned that the ministry is working on a ‘Cuti-Cuti Kuala Lumpur’ campaign that’s meant to “attract domestic tourists to have their holiday and excursions in Kuala Lumpur.”

Olympics must be held at “any cost” in 2021, said Japan’s Olympic minister Seiko Hashimoto earlier this week. Ensuring everyone’s safety is a top priority. There are currently over 200 proposals that the organisation is looking into, all of which address the best way to deal with the virus, including easing travel restrictions for foreign athletes, anti-virus measures at the Athletes’ Village and how to handle spectators.”Everyone involved with the Games is working together to prepare, and the athletes are also making considerable efforts towards next year,” Hashimoto said during a news conference.

Many countries are slowly easing back into travel. A specialized agency for the United Nations specialized found that “a total of 115 destinations (53% of all destinations worldwide) have eased travel restrictions, an increase of 28 since 19 July. Of these, two have lifted all restrictions, while the remaining 113 continue to have certain restrictive measures in place.” UNWTO secretary-general said, “While we must remain vigilant and cautious, we are concerned about those destinations with ongoing full travel restrictions, especially where tourism is a lifeline and economic and social development are under threat.” 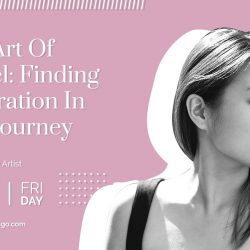