I always feel that my journey to any country begins from the moment I start reading about it. Travel books are some of my favourite resources to get a deeper understanding of a place I plan or dream of going to. Sometimes I will even pick up books about countries after I have returned from a trip because I want to discover more about a place that I have enjoyed tremendously. The following are some of my favourite books that I have learnt a lot from and have infected me with the travel bug. 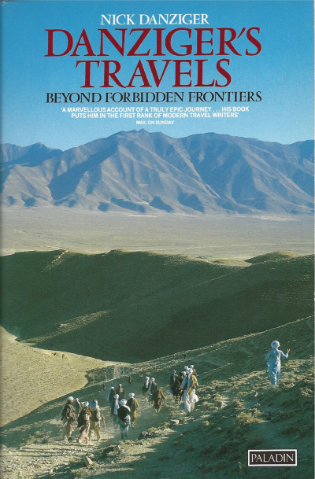 This engaging book is about how in 1984, Danziger went on an 18-month adventure across Iran, Afghanistan, Pakistan and China by land, putting himself in dangerous situations such as encounters with rebel guerrillas and intelligence officers. It is an interesting read as he narrates how daring he was in surmounting cultural, linguistic and legal barriers just to get to his next destination while disguising himself as a Muslim.

I found this book particularly fascinating as it was written during the same period my mother had befriended an Afghan medical student who went into exile during the Afghan-Soviet war from 1979-1989. My mother would write about her friend in her letters to home, and I would eventually meet her myself in 1983. I was very taken by her because she was very generous with gifts despite the fact that she was having financial difficulties. I still think of her to this day. I would never have guessed in a million years that, after meeting her and reading this book, I would work on projects in Afghanistan and even meet former Afghan rebel guerrillas and Pakistani intelligence officers (although I would never be able to prove the latter and the “mysterious” men I met were just a figment of my imagination!)

2. Among the Mountains: Travels Through Asia – Wilfred Thesiger

Thesiger’s books are often recommended reading for those who want to read about travelogues in the Arab world and East and North Africa. Certainly, Thesiger had spent numerous years travelling in the region and even won many accolades for that. I picked up this book instead of his other more renowned ones because of the collection of stunning photos of mountains and people taken during his travels, in the 1950s and the 1960s, in the remote areas of Iraqi and Iran Kurdistan, Pakistan and Afghanistan. During that time, very few people travelled to such places. It was through this book that my knowledge of geography improved and my fascination for the region grew as I got to know places like Citral, Hunza and Peshawar, and different ethnic groups such as the Kurds, Hazaras, and the Kuchis. Again, I did not realise that years on, I would meet people of these ethnicity in person. Unlike the two previous titles, this book has yet to lead me to a journey to Congo – but I remembered enjoying O’Hanlon’s autobiography of surviving the Congo while in search of the Mokèlé-mbèmbé, a legendary dinosaur, because it was humorous. Despite the challenges he went through – almost dying from malaria, for example – he kept his wit about him. You also felt like you were reading about how O’Hanlon started to grow as his journey went on. That was very much, I suppose, the starting point for me to begin to understand that travelling can do so much to reveal one’s true self as you have no distractions but the road ahead. Your path will be strewn with unexpected experiences, which you simply have to learn to understand or to manoeuvre, especially if you go to little-ventured places like O’Hanlon did. 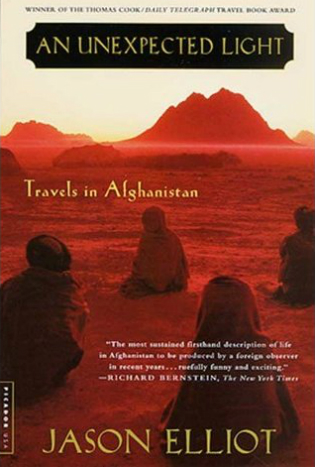 I read this book after I had worked on projects in Afghanistan, and understood it a lot better than the earlier books I had read about the country. Elliot’s book speaks of a traveller traversing unchartered and dangerous territories. Initially seeking adventure, he was deeply affected by what he saw, especially as he travelled through the country at different stages of its existence and witnessing the country’s continuous deterioration. Similar to Danziger, Elliot too encountered rebels and disguised himself as a Muslim. In doing so, he saw that the people known globally for their violence were, in fact, very human and far more so than what most who read mainstream media have come to know.

A lot less commercial than “The Bookseller of Kabul” but far more intimate in its writing, this book had an emotional effect on me as I have been to Afghanistan. So much of what Elliot wrote resonated with me. While this book did not influence my travels as such, it made me seek to further understand the society of any country I visit: Its many layers and complexities, its means to live and survive, its elements of beauty and ugliness constantly evoking that thought, questions about why exactly do we live and what do we do with our lives as we live them.

This story was originally published on www.travelandbe.com

Anita Ahmad
Anita is a dabbler in all kinds of things. Amongst many things, she dabbles the most in cooking, gardening and cycling. When she is not dabbling, she attempts to save the world. Otherwise she travels when she can because she thinks her animal spirit is part eagle and part otter. And when she travels, she immerses herself in her surroundings. Her experiences during her immersions inspire her to write on her blog Travel&Be.
FTG+ 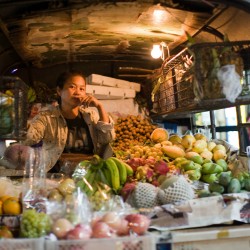 
10 Fruits You Must Try When In Thailand