As Malaysians, we’re not just part of one big cultural mosaic; we’re also born foodies. Thanks to the country’s diversity, we are blessed to experience many types of different mouth-watering cuisines from many cultures. Each one adds their unique flavour that makes up the Malaysian cuisine — inherited, evolved, and adapted to perfection!

Most of us don’t realise the evolution of our many flavourful dishes is a result of trade relations with countries such as Indonesia, Thailand, the Middle East, and many others. Even the Portuguese have influenced our great culinary heritage!

We take pride in our culinary culture, so much so that most of us are willing to travel for food. Be it the fragrant chicken rice balls in Melaka or nasi kerabu (blue rice served with gravied chicken, fish crackers, and vegetables) in Kelantan, wherever there’s delicious food to be devoured, we will happily jump in the car and make that trip!

With so many contrasting influences used in our food, we dig a little deeper into the differences between Peninsular Malaysia’s Northern and Southern regions of food culture.

It all begins with the history

Tradition and culture don’t happen overnight, just like shaping the culinary culture of Malaysia. Now, let’s rewind to the 19th century – when foreigners came to our land searching for aromatic spices. The influx of Chinese and Indian workers significantly impacted Malaysian culture, language, and food. Since then, things have never been the same.

The northern states of Peninsular Malaysia, like Penang, Perlis, and Kedah, are closer to Thailand; therefore, there’s a stronger liking towards fiery-hot spicy and sour flavours, like tom yam and pulut sambal. As for the South, many Javanese people settled down in Johor, which heavily influenced dishes of the Malay cuisine, like the flavourful lontong. Southern parts of Malaysia tend to favour sauces with plenty of richness in taste.

Depending on where they’re from, the dishes usually go by different names, even though they are similar in cooking style. One example is Penang’s kuey chap (or kway chap), a Chinese – more specifically, Teochew – noodle soup, consisting of flat rice noodle rolls served in a meat-based broth.

You can find the same in Johor, but with a different name – kuey teow kia (or kway teow kia). This dish is best served with condiments like braised pork, braised duck, braised pork offal, and also braised chicken feet, to name a few.

Similarly, you’ll have dishes like the murtabak available throughout different regions in Malaysia. Take the Penang murtabak, for instance. A griddle-fried bread coated in beaten eggs, filled with goodies (meat and onions are commonly used), and topped with mild, sweet curry sauce. You can also have it with a side of pickled onions! For the Melaka murtabak, on the other hand, minced meat is usually sprinkled on top for a ‘beautiful mess’ finish.

It’s worth noting that we Malaysians have a particular emotional connection towards certain foods as we’ve eaten them all our lives – it’s no wonder we get possessive about them. We’re looking at you, Netflix’s Street Food!

They came, they saw, they conquered

There are regional differences to Malay cuisine. The northern parts of Malaysia have integrated a Thai flavour into their food; this is mainly due to the southbound migration of Thai people and their subsequent intermarriage with the locals. Delicious! Or, as the Thais would say, “aroi mak mak!”

As for Negeri Sembilan, once dominated by the Minangkabaus from West Sumatra, it features food that is rich in coconut milk and other ingredients such as ox meat, beef, cultivated vegetables, and the very spicy bird’s eye chillies also known as cili padi.

Indonesian cuisine has influenced much of the kitchen throughout the Malaysian hinterland through migration, especially in Malaysia’s Southern and Central regions. In the south, many Javanese who settled there over the centuries have also influenced the Malay cuisine in the state of Johor, making sure sour, sweet, and spicy tastes can be seen owing to the migration of the Javanese.

The many influences make Malaysia unique and unlike any other

Malaysia is home to predominantly Chinese, Indians, and Malays, but our population goes beyond the main three ethnic groups, making us a wonderful hub of cultures, traditions, and all the culinary creations that come with it. Thanks to our country’s diversity, gastronomy includes an exciting blend of spices, flavours, and cooking techniques.

“When you look at the styles in Peninsular Malaysia especially, it feels like there is a natural geographical progression from north to south, from the more sour, thin gravies to the creamy, rich ones,” said celebrity chef Isadora Chai. (The Star, 2021)

With so many different influences from around the region, Malaysian cuisine has become an exciting and varied adventure, something that can be savoured and enjoyed with family and friends.

Sookie Ng
Inspirations come in all shapes and sizes. I like writing them as they come by, and sharing what I know with the world. I aspire to inspire. 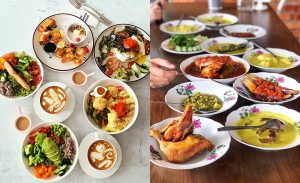 11 Places In Negeri Sembilan For The Foodies 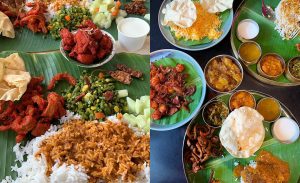 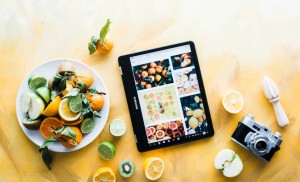 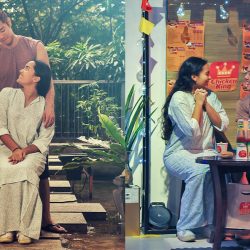