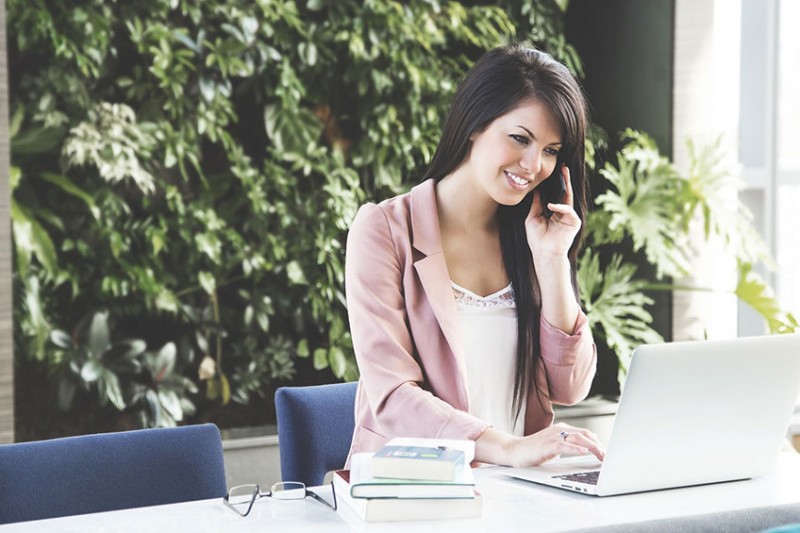 Travelling takes on a different perspective when it is for work. Your priority will not be looking up places of interest, trying out the best eateries or experiencing the local culture and lifestyle (although you hope to make time for all that!). Rather, you are likely more focused on how not to offend a potential client, investor or stakeholder, or sabotage an important deal by saying, doing or wearing something inappropriate.

Malaysia being a multi-racial and multi-cultural country means that things can be pretty tricky where socially accepted norms are concerned. Something that is deemed fine by one portion of the population may be a no-no to another, while within the same population, there may also be other grey areas.

The good news is that most Malaysians are generally forgiving, and will usually overlook a faux pas from a foreigner. We will tell you discreetly where you may have slipped up, and will be more than willing to assist if you need any advice. Here are the answers to some of the most asked questions by business travellers to Malaysia:

Should I shake hands with members of the opposite sex?

Some Muslims do not shake hands with members of the opposite sex, so don’t be surprised or offended when your extended handshake goes unreciprocated. The easiest way to know whether a handshake is welcomed is to wait a split second and see whether it is being offered. When it is not being offered, it would be fine to just smile, nod and offer greetings.

Among the Muslims, it is common to use the salam, where the tips of the fingers touch briefly and are put to the chest to indicate that the greetings come from the heart. Usually only one hand is used in a salam, but someone of a lesser social stature may use both hands to cup and sometimes kiss the recipient’s fingertips. Children will hold the hand of the recipient in their right hand and touch it to their lips in a mock kiss.

With non-Muslim Malaysians, handshakes are perfectly fine and are the usual way of greeting upon meeting someone. 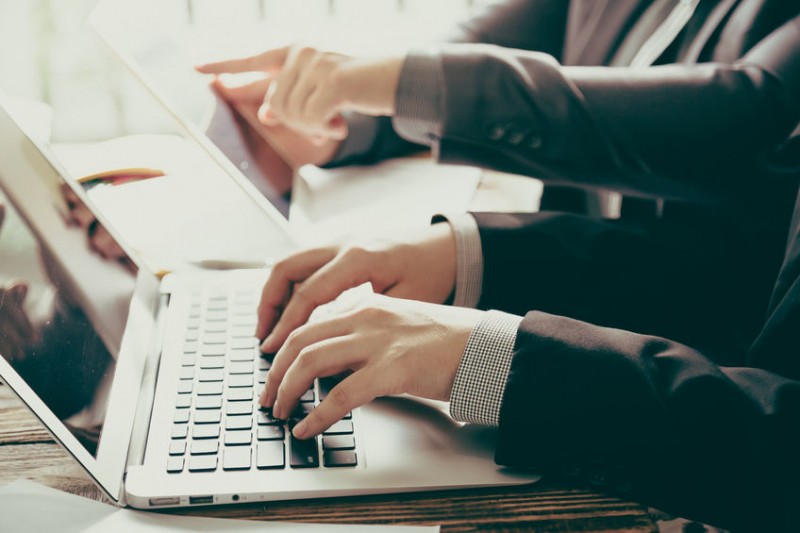 What is the right way to address someone?

Generally, Chinese names begin with the family name first. For example, this writer should be addressed as Miss Chan instead of Miss Jin. If they have Christian names, such as Christie Lum, it would be correct to address them as Miss Lum.

The Malays and Indians, however, do not have family names. Malay names typically have a Bin or Binti in the middle to denote ‘son of/daughter of’ a person, although many have done away with this practice. Similarly, the Indian practice of having A/L (son of) or A/P (daughter of) in their names is today considered outdated.

The same applies to women: You can use Cik for unmarried women and Puan for married women. If unsure of her marital status, stick to Cik or keep your ears open to note how others are addressing her.

Note that at private companies, the setting is not always so formal that you need to address everyone as a Miss X/Mr. XX. You can tell from the moment you meet; if someone introduces themselves as ‘Susan’ for example, you can follow suit and call her Susan rather than Miss Susan.

Is there a rule for gender separation?

Although it is the law in the state of Kelantan which is predominantly Malay, gender separation is generally not practised elsewhere in Malaysia, except at Muslim or Sikh ceremonies. That may include religious or cultural events such as weddings, prayer days and festivities. At such occasions, women and men may be seated separately.

What is the dress code for formal functions?

Suffice to say that the less skin exposure, the better, as the population is predominantly Muslims and may not take well to over-exposed body parts. Business or pantsuits, and long dresses with sleeves are perfectly fine, as are traditional outfits like a saree or Punjabi suit.

If it’s a work-related social event, you can’t escape the fact that you’re representing your company or organisation, and thus it is wise to practise some decorum in dressing

Are skirts or sleeveless tops suitable for social events?

It depends on the type of function and the occasion. If it’s a work-related social event, you can’t escape the fact that you’re representing your company or organisation, and thus it is wise to practise some decorum in dressing. You won’t go wrong with skirts or dresses beyond the knees and tops with sleeves.

If you were invited by a local contact and it’s an informal occasion, smart casual attire is acceptable.

How do I deal with protocols and honorifics?

In Malaysia, honorifics such as Datuk, Datuk Seri, Tan Sri and Tun are given by the Sultan or Yang Dipertuan Agong (King) as an acknowledgment of an individual’s contribution to society. When attending a high-level meeting or occasion, the best thing to do is to ask the organiser or host for a list of VIPs and follow it to the letter in your speech or when addressing them. 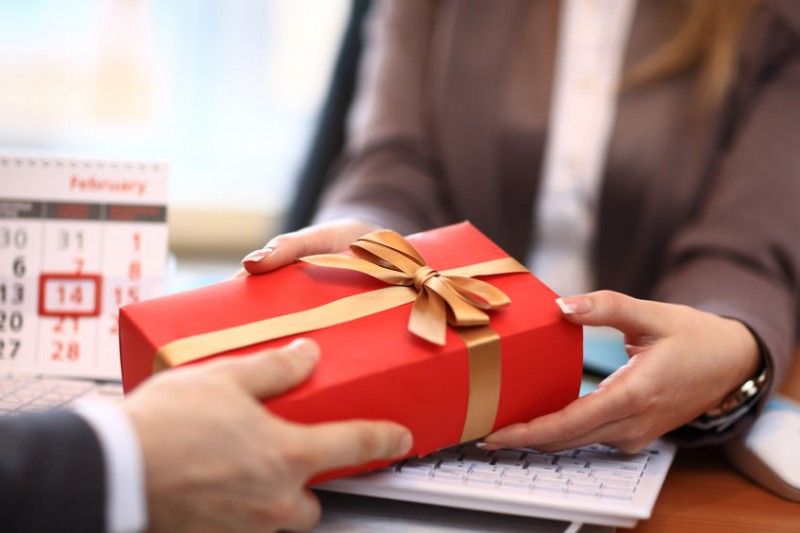 Is it rude to refuse gifts? Conversely, is it acceptable to give presents?

In Asian culture, it can be considered rude to refuse gifts even when it is something you may not use or want. The trick is to accept it anyway, and give it away to someone else who would appreciate it.

Giving presents is not so straight cut, however. It’s mostly acceptable in the private sector, especially gifts that represent your country of origin. The government sector, however, has a no-gift policy and it would be safer not to give any souvenirs.

Are there topics that are off-limits during social interaction, such as politics and religion?

It really depends on who you are talking to. Civil servants may find it awkward to face questions (albeit casually) on the haphazard political condition, whereas people in private corporations may have their own frustrations to share. The best would be to play it by ear and let others broach the topic first.

Religion-wise, it is fine to ask questions that indicate a sincere desire to learn about local culture and customs, so long as you’re not making any harsh or judgmental statements with regards to religious practices.

It can be considered rude to refuse gifts even when it is something you may not use or want. The trick is to accept it anyway, and give it away to someone else who would appreciate it

Is it common practice for a woman to foot the bill?

It is not unusual for women to settle work-related expenses for their male clients or younger colleagues. On a personal front, there are no taboos with women buying their male friends a meal or a drink either.

Are there other social norms I ought to be aware of?

The Muslims consider the left hand to be ‘unclean’, hence it is improper to use it when giving something to others or when having a meal where no cutleries are provided (in informal settings where eating with the hand is practised). Although this does not apply to the Chinese and Indians, it is common courtesy to eat with the right hand for practical reasons, to avoid clashing spoons or chopsticks with the person on your left.

Muslims also consider it rude to point with the forefinger. If you must point to something, use your thumb (with your fingers folded in) or gesture towards it with your entire hand.

In many ways, Asians prefer a softer approach even in business dealings and would find you more approachable if you conduct small talk before discussing dollars and cents. It is acceptable to ask about someone’s family or hobby, or find out more about their lives so that they feel you actually care about them as people instead of just wanting their business.

Avoid being alone with a Muslim of the opposite sex in secluded areas, or inviting them to your hotel room for a discussion. It may not make you lose your job but it’s considered a faux pas that may not endear you to others in your business dealings. Getting caught with a Muslim man in your room may also get him into trouble with the religious authorities, where he gets fined for ‘khalwat’ (being alone with someone of the opposite sex who is not related by blood). Not exactly the best way to secure a business deal or leave a positive impression!

5 awesome places for travellers to work from in Kuala Lumpur

Chan Li Jin
Li Jin is a writer, editor, urban farmer, health activist and mother of four who loves the outdoors to a fault, often risking deadlines and career advancement for another hour in the sun.


Keeping Time (Or Not!) In Delhi