In 1995, along with some 30,000 other women (and a few men), I attended the 4th World Conference on Women in Beijing, China. Or, to put it more precisely, since I had no government affiliation, I attended the Non-Governmental Organisation (NGO) Forum in Huairou, some 30 minutes out of Beijing near the Great Wall of China. I had no complaints about that because most of the women who descended on Beijing that year were headed for the NGO Forum, a meeting far more colourful, creative and relaxed than the stuffy government delegation meeting in Beijing.

In 1995, China was just emerging into the world. There was still a ‘Communist’ air to Beijing even though a number of five-star hotels had already been built. There were still many bicycles on the streets and you could still find more people in blue Mao jackets than you would designer clothes like today.

For the women going to Beijing, there was huge anticipation. Not only would we be meeting up with our many colleagues and counterparts working on women’s issues all around the world, we would possibly also meet a celebrity or two. After all Hilary Clinton, Jane Fonda, Bella Abzug, Gloria Steinem were also going to be there.

Along with the anticipation, there was anxiety. And one major area of anxiety was the question of toilet facilities.

As women tend to use the toilet a great deal, this was no small issue. Many of us were anxious about what type of facilities would be made available to 30,000 women all congregating in the same place. How far advanced was China in its sanitary facilities?

In the end, most of our fears were unfounded. Were there enough toilets? Yes, though some were difficult to find. Were they squat or sitting toilets? Mostly squat toilets. No issue for the Asians but a bit more difficult for the Westerners. Were they clean? Well…it depended. But we survived, with many fond memories of our time there.

Since then the question of toilets have still been an issue for many women travellers. China has improved a great deal in terms of toilet facilities especially in the big cities. Still there can be quirky things you need to get used to. In some places, the toilet is basically one long drain over which cubicles are placed. Which means you can see everyone else’s, um, effluence, floating by you as you do your business. Even where there are proper cubicles and sitting toilets, Chinese women have no qualms about leaving their toilet doors open while they did their thing, nonchalantly texting on their phones at the same time. You just have to learn not to look…and lock your own door if you’re bashful.

Other countries have their own toilet quirks. India tends to be another scary place for sanitation except in the big cities. If you go on a tour with a reputable tour agent, chances are they will take you to rest stops with clean bathrooms. One Indian state where there seems to be a culture of clean toilets is Kerala. Almost every stop our tour guide took us to was clean. If he was unsure about the state of it, he would inspect it first and then tell us whether it was okay or not. After a while, as our bladders started to fill to bursting, we started to wonder if perhaps his standards were too exacting as toilet after toilet was rejected. Eventually he found a good one…attached to a restaurant with delicious food to boot.

Another country with good clean toilets was Turkey. Muslims are particular about cleaning themselves with water after using the toilet so increasingly toilets come with taps attached or what is known as a hand bidet, essentially a hose attached to a faucet. There are different levels of these attachments with everything ranging from fancy ones in the high-end establishments to the much simpler rubber hoses, or even a bucket filled with water next to the loo. The trick is to clean yourself with just enough water, and not douse the entire toilet as well. Unfortunately some people do treat toilets as bathrooms and leave it looking as if they had showered in them. In some cases, they literally have taken a shower in them, or at the very least taken their ablutions before prayers. Either way they leave a slippery messy toilet behind.

By the way, a friend said the way to get through a smelly toilet is to hold some strands of your hair under your nose. Apparently this neutralises any smells (assuming your hair smells fresh!).

Undoubtedly the best toilets in the world are found in Japan. The Japanese have perfected the toilet, designing ones which can do so many things, soon they’ll make coffee as well. Japanese toilets not only flush and clean you, they do so with warm water, heated seats, music, fake flushes ( to disguise any funny noises you may make), automatic seat cover lifters and heaven knows what else. Some of these conveniences are built in or you can buy a seat adapter that will turn your regular loo into a sophisticated ‘washlet’. It is possible to become so spoilt by the Japanese toilet that you forget how to operate a normal one when you get home.

So obsessed with after-toilet cleanliness are the Japanese that it was only a matter of time before they invented a portable one which you can take along on your trips to far less sanitary foreign countries. This takes the form of a battery operated spray which you fill with water and then clean yourself, bidet-style, wherever you are. My husband and I were so enthralled by this gadget that it was our favourite gift for all our bemused friends and family after we returned from one trip to Japan.

For those of us less inclined to load our handbags down with these gadgets, the answer of course lies in the packet of wet wipes. Interestingly enough, toilet hygiene must be a growing concern in Western countries as well as I’ve only managed to find flushable wet tissues in places like London. These are exactly like the ones we use to clean babies’ bottoms when changing diapers except that they are packaged far more discreetly, and you can drop them down the loo and flush them away. Undoubtedly this will only remain safe to use while too few women are as fussy as we are. Once the trend spreads, there will surely be warnings about the dangers of clogged toilets by sanitation-obsessed women.

There is not much we women can do however if we are stuck for hours in traffic jams in some of the notoriously car-choked cities in Asia. Unlike men who can get out of the car to look for some discreet bush, women can’t. In this case it’s best then to remember Mother’s advice before all those childhood trips: go to the loo first! 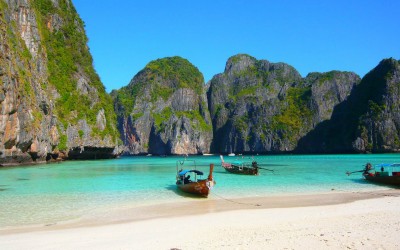 Breathtaking Beaches In Southeast Asia You Need To Visit 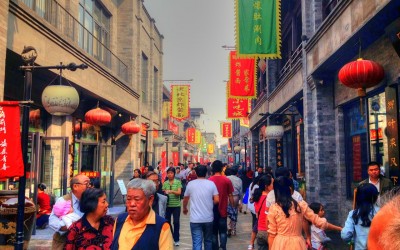 A Confounding Second Visit To Beijing

Travelling With Toiletries: A Quick Guide To Packing Smart