A brand-new experience awaits visitors to Penang, a destination famed for its leisure and tourism offers. A new Pepsi ESCAPE Challenge has been launched at ESCAPE Penang, thanks to a partnership between Sim Leisure Group and Etika.

The World’s Longest Slide at ESCAPE Penang received recognition from the Guinness World Record in 2019 for being the world’s longest tube water slide. To take part in this challenge, all you have to do is bring your buddies together and see who can speed down the World’s Longest Slide the fastest. Participants will receive an action camera to use during the ride, which will livestream and record their clocking duration on an electronic leaderboard towards the end.

Before that, riders will first have to take a chairlift to the starting point that’s located at an elevation of 70 metres. The longest tube water slide in the world will take visitors through ESCAPE Penang’s beautiful forested environment as they make their way down the slope. Winners of the daily competitions will get to compete for the ultimate Pepsi Adrenaline Experience, as well as cash rewards.

Aside from the Pepsi ESCAPE Challenge, the partnership will see ESCAPE and Etika collaborate at other ESCAPE parks across the country. Along with other combined marketing and branding initiatives, ESCAPE Penang and ESCAPE Petaling Jaya will install drink vending machines as part of the collaboration.

Last year, ESCAPE Penang launched Base Camp, a two-acre camping facility with modern amenities whereby campers at ESCAPE Penang’s Base Camp will be immersed in thick forest in a tropical island setting, while still having access to toilet and shower facilities, a BBQ pit, and Wi-Fi! 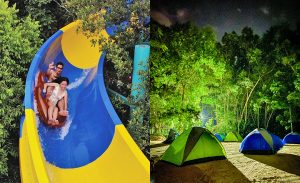 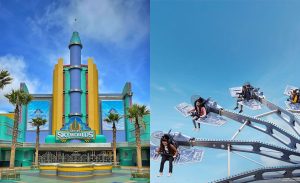 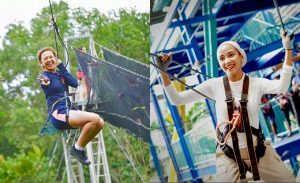 ESCAPE Theme Park In Cameron Highlands To Open In 2023 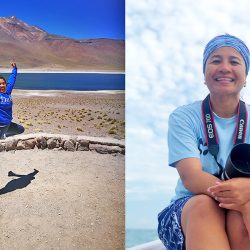 
The World With… Dr Louisa Ponnampalam