It isn’t easy to pinpoint the exact moment in my life where the love for Greece and Greek mythology began. Still, for as long as I can remember, I’ve always had this undeniable pull towards the land of mythical heroes, magnificent remains of the beginning of Western civilisation, and delicious cheese!

While life has yet to grant me the opportunity and time to visit Greece, it’s never stopped me from making a to-do list. There is plenty to do, from visiting historic architecture to cafe-hopping for the best Greek food. Here are some things I would check off my Greek to-do list.

Did you know that Santori owes its rugged beauty due to a volcanic eruption? The idyllic white houses set against the blue Aegean sea you often see on Instagram posts would be at the top of my list. There’s plenty to do, I hear: boat trips around Santorini, shop and eat to your heart’s delight in Fira, and of course, be enthralled in the best sunset view you’ve ever seen in the city of Oia.

2. Hike from Fira to Oia

‘Cos, why not? These are the two main cities of Santorini, and if you’re looking to be wow-ed by breathtaking views, be sure to have this as a must-do on the list. According to articles I’ve read, the hiking trail isn’t that challenging, though you will have to make many stops to take beautiful photos. It’s recommended to begin your hiking trail from Fira and end it in Oia, which will take a total of around two hours.

No trip to Greece is complete without a day or two spending time being awestruck by all that’s in the Acropolis of Athens. Part of the UNESCO’s World Heritage List, this site for ancient ruins has more than just the Parthenon, which Acropolis is known most for. There is also the magnificent Odeon of Herodes Atticus, the Temple of Athena Nike, and a few other well-preserved remnants of the Greek empire.

There is an admission fee, and while Acropolis is popularly-visited during the daytime, I hear it’s pretty breathtaking at nightfall too.

What is travelling if not to delight our tastebuds with the food culture of others? Fresh seafood, creamy cheese, and spit-roasted meats, the Greek diet is robust in flavour. Some must-tries include: kolokythokeftedes (popular starter made of grated or pureed zucchini), olives, taramasalata (traditional Greek dip made of creamy fish roe), moussaka – an oven-baked dish consisting of sliced aubergines and minced lamb, topped with cheese and spices, and the list goes on. Don’t forget the calamari too!

Jump on a train in Athens and let it take you to the rocky wonders of Meteora. These vertical rocks that reach up to 300 metres are reminiscent of a backdrop from a Bond movie or straight out of a fairytale. The best way to explore Meteora is on foot, which allows you to visit any of the monasteries that rests atop these ‘floating’ rocks. Some monks reside in these buildings, so being respectful is a cardinal rule!

These are just some of the few things on my list. What would you want to do? 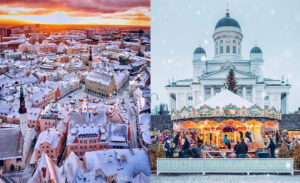 A Visual Guide: Magical Christmas Markets Around The World 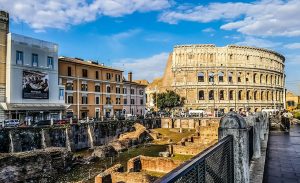 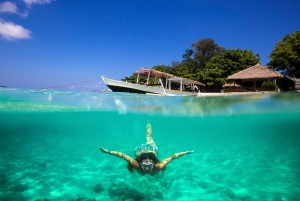 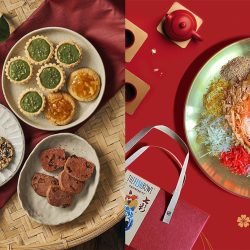 
Leap Into The Year Of The Tiger With The...