When I was packing for a meeting in Islamabad, Pakistan some years ago, I faced a dilemma. What on earth is appropriate to wear in that country? From what I’ve heard it’s a conservative country, so what should I wear for this meeting?

Naturally I turned to Google to find out. And to my consternation I found that there was very little information on what women should do when they travel to countries like Pakistan for work.

But for an Asian woman like me, travelling to these countries for work amongst mostly NGOs, what to wear became a much more complicated issue. What signals would I give off if I wore a Western dress in an Asian country? How modest do I have to be? In the end, I decided to wear my national dress, the baju kurung. But this little episode made me realize what a gap there was in information for women who travel for work to so many different countries.

Travel is a very gendered domain. Female travellers have very different concerns from male travellers. For one thing, we have to be far more alert to physical dangers than men, especially with recent cases of rapes of female tourists in certain countries. If we travel on business, we have to think a bit more about culture. For instance, in countries that are not as used to women working outside the home, how would they receive a woman coming to a meeting and perhaps even taking the lead? One friend told a story about how she walked into a meeting room full of men, and they immediately told her to leave. In some countries, men may accept working with you but they won’t shake your hand.

…in her case, Everest Base Camp, to always pack sanitary pads even if you’ve menopaused for some years. You don’t want to be asking the sherpas for spare pads if such a personal disaster struck.

When I started talking about my idea for this website to some women, they all responded very warmly. And they all had stories about travel that only could have happened to women. One New Zealand government official told of how her officers went blank when, after a full security briefing before their departure for Afghanistan, she asked them what she should wear. Men simply do not have to think about this. Another woman warned that if we were ever to travel to high elevations, in her case, Everest Base Camp, to always pack sanitary pads even if you’ve menopaused for some years. You don’t want to be asking the sherpas for spare pads if such a personal disaster struck.

As I thought about it, more stories came out from many of my women friends and other women I met. And I realize that my friends too rely on me for many tips on various places I’ve visited –Shanghai, New Delhi, Tokyo among them. Why not share all of these with more women? I stewed on this idea for several years until I finally met a friend who said that not only could it be done, but he knew how.

In case you’re wondering, Zafigo is a corruption of ‘Safe I Go’, the main concern of women travellers everywhere. The Zafigo team hopes that you will find this website informative, enlightening and useful.

We look forward to your feedback as well as your own tips on countries you’ve visited and things you’ve learned from those trips. Ultimately Zafigo hopes to become a global community of women travellers sharing all their insights on travel and supporting each other so that wherever we go, we can look up a Zafigo friend to network with, have coffee or dinner with or even to stay with. 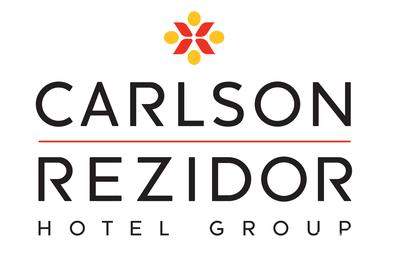