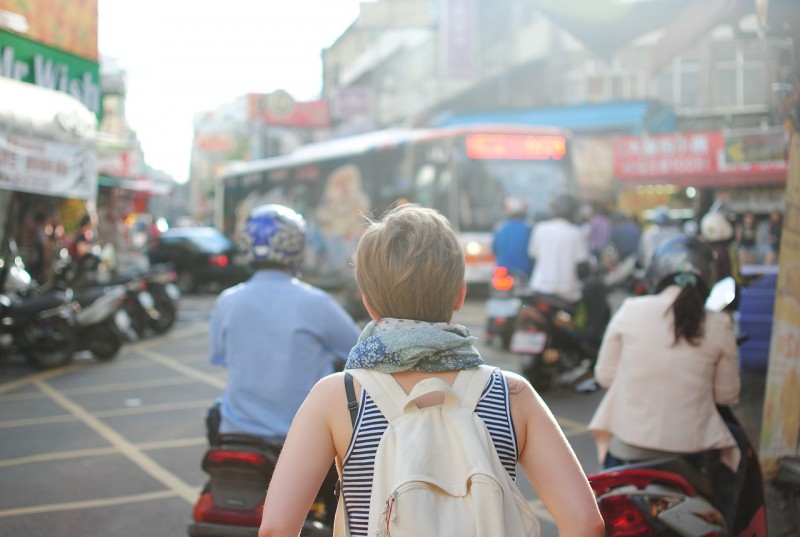 Many of us who would go the distance to make sure we get to our dream destinations, but some things just can’t be avoided – especially for us, women. So the next time your men tells you what a hassle you are when travelling, here are some insights from Matador Network you could share with him:

I didn’t get around to waxing my mustache for around two months in India, and it certainly wasn’t doing me any favours. There is, lamentably, no socially-acceptable equivalent of a backpacker beard for women. We have a lot of hair. Everywhere. And it doesn’t clean or remove itself, either, yet there is an infuriatingly global expectation that we ladies will keep things clean. And moisturised. And, of course, hairless. Which means we have to tackle a litany of products to pack and carry (and that shit ain’t light) and rituals to maintain abroad (daily showers, anyone? Hair washing?). We envy guys’ travel toiletry kits that contain no more than a toothbrush and a bar of soap in a plastic bag, and have to weigh the benefits of lugging bottles of shampoo and conditioner against having a dull mat of dreadlocks on the backs of our heads.

Women traverse a different world than men do. Finding the balance between being a savvy traveller and an alarmist individual is tricky. Following a local we just met home to meet his family could be just that – or not. We don’t want to put ourselves in sketchy situations… but we don’t want to miss out on any valuable experiences. There are far too many cautionary tales too ignore reality – but we’re also not going to hole ourselves up out of fear, either. It’s not cynical for us to guard our actions or withhold our trust; it’s smart. This isn’t to say men don’t have to worry about their safety while abroad, but women are more vulnerable. Our vulnerability permeates nearly every aspect of traveling—much more so if we’re travelling solo, and the dangers range from pickpocketing to gang rape and murder. Something as simple and routine as the sun setting has the potential to transform an exciting new city into a hostile environment.

Wearing long sleeves and pants in 103-degree weather in Varanasi isn’t ideal, but is necessary in order to uphold cultural sensitivity. Being labelled as ignorant or slutty rankles when all we women have done is bare our ankles. So we have to be especially conscious of what respectable attire is. Baring one’s belly in India is totally fine, but shoulders and knees are scandalous. Men should adhere to a similar dress code at temples and monasteries, though they’re far more easily forgiven if they miss the memo. Women often have to carry extra clothing because of this: what we find comfortable and wish to travel in, and what we should put on in more traditional settings.

This one became apparent to us from a young age on family road trips: Dad can casually pull over to “check the air in the tires” at regular intervals, but we’re met with a carful of groans when we mention we have to go. The subsequent detour to some janky truck-stop bathroom throws the entire schedule off. Travelling internationally takes this inconvenience to a new level.

Toilet paper is a largely Western commodity, and many foreign cities charge to use the restroom (and no, they don’t have change for that euro). Bathroom stops on long bus rides consist of pulling over on the side of a major highway. It’s all well and good if we’re in a rural area in traditional dress – we can pop a squat pretty much anywhere in places like Mongolia and India if we’re wearing enough material to cover up all our business, but forget it if we’re in a city or wearing anything but a long bulky skirt.

No one really wants to talk about it, but the fact remains that every 28 days or so, regardless of where in the world we are, we will be bleeding out of our crotches (hopefully!) and trying to not make a big mess of it. It’s not a horrendous affair in regular life, but becomes a bit of a nuisance as soon as we leave home base, whether it’s a weekend at a friend’s place or a vacation with the family. For extended round-the-world travelling, periods can be a logistical nightmare.

I wasn’t about to lug dozens of tampons around in my already-oversized backpack when I left for my several-months long trip through Asia, and the chances of finding the kinds of feminine products I’m used to there were slim. 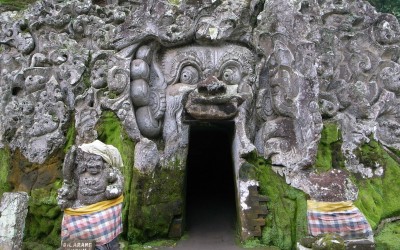 Nicolette Ng
A traveller at large, Nicolette is always out and about, looking to have fun wherever her flip-flops take her to. Between island hopping and exploring the road less taken, she also enjoys nibling on sinful street food, savouring at fine dining restaurants and indulging on delectable desserts.