Prepared by Partner From Zafigo
Subscribe to our new Telegram channel for the latest updates.

Qatar, one of the smallest countries in the Arabian Gulf, is now a mecca for tourists looking to head to the Middle East. Over the past decade, it’s seen such a transformation that it’s become a centre for culture, architecture, and a destination for some of the world’s finest sporting tournaments — and 2022 will be no different.

Later this year, from 21 November to 18 December 2022, Qatar is hosting the FIFA World Cup for the first time. Naturally, playing host of the world’s biggest quadrennial international men’s football championship means attracting tourists — men and women alike — from all over the globe. According to Reuters, there are 50% more female professional soccer players in Europe, and it’s estimated that as many as 29 million women and girls play recreationally — so you know this is a game for everyone.

And while there are many misconceptions that the Middle East isn’t a place for women to visit, we’ve noted in a previous article on Doha that it’s a place now attracting more women. So, once you have your Qatar customs right and have an understanding of the best places to eat and how to get around, these will be the three stadiums for you to visit.

Should you head just 12km away from the capital city, you’ll arrive at one of the most stunning-looking stadiums found anywhere globally, as its exterior looks like an elegant piece of Muslim headwear. The green credentials at the 40,000-seater stadium are such that it achieved 4-star certification for design and specifications.

However, its recycled water system also irrigates the land around the stadium, which is surrounded by native trees. There will be seven games played at Al Thumama, including one of the round of 16 games and one of the quarter-finals.

The largest of all the stadiums, it seats up to 80,000 people and will be the host for the final of this year’s competition. Brazil and France are favourites to win the World Cup, according to the latest football odds featured at Ladbrokes, with Asian teams not fancied at all. However, one big factor could be the heat; the tournament has been moved to the winter to reduce the pressure on the players.

That’s also great for you as a traveller, as you’ll visit at a cooler (albeit still warm) time of the year. Although, it might not matter given the air conditioning in the stadium, which meets environmental standards to offer an ‘agreeable climatic environment,’ according to reports from AS.

Stadium 974, previously known as Ras Abou Aboud, is one of the most striking stadiums in the world. Inspired by international trade, its exterior is adorned by shipping containers that pay homage to Qatar’s docks. The stadium is located across the West Bay of Doha, and interestingly, visitors will only get the chance to visit it as a sporting venue whilst the World Cup is underway.

Following the end of the competition, Stadium 974 is to be repurposed as a waterfront development for the local community. The deconstruction will begin following the completion of the round of 16 games, as that will be the last time the waterfront arena will welcome spectators within its walls. So visit it as a stadium while you have the chance!

Amy Ritchie
Amy is a traveller at heart who has spent her life heading across oceans and through the skies in search of adventure. Her travels always bring her home to Johnstown, Pennsylvania where she rests with her three dogs, Monty, Jock, and Hooper before her next trip. 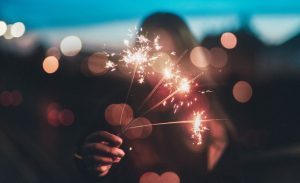 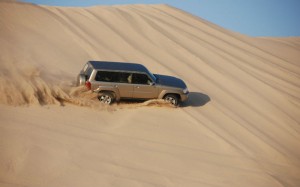 Top 10 Things To Do In Doha For Women 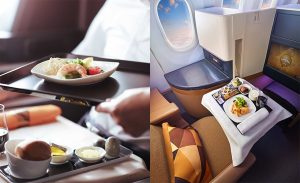 8 Airlines That Offer Jaw-Dropping Services On Business Class & Beyond 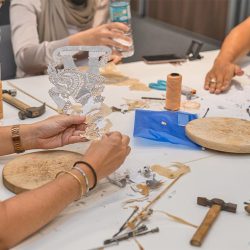