As a country, we tend to do things in hordes. Celebrations, sadness, meals or misery – in India, you’ve always got company.

This story about women who travel alone, in India and around the world, is exactly what you need if you’re thinking of getting away from everything and everyone, even if it’s just for a little bit.

It also makes a strong case for travel safety and common sense – the two go together!

I’ll admit, my main concern about going solo is what Supriya Sehgal says – “finding loos and someone to watch your stuff, both at the same time!”

But the high from travelling alone is put beautifully by Ankita Mahabir:

“I love how carefree and exhilarating solo travels can be and personally, I am a lot more open to talking to other people when I am on my own. I believe I’m a better traveller when I’m travelling solo”.

And this eternal wisdom from Amrita Das:

“Also, one thing I have understood from my solo travels is that no matter where we go, people are essentially nice and kind. The farther I have travelled, the more compassionate I’ve found people”.

Here are excerpts from three of the remarkable women on the list:

“I started travelling solo at 21 and it’s now one of my favourite ways to travel. I love how carefree and exhilarating solo travels can be and personally, I am a lot more open to talking to other people when I am on my own. I believe I’m a better traveller when I’m travelling solo.

The only time I’ve ever wished I wasn’t by myself was the time I was nearly charged by a feral cow while I was hiking solo in the Sai Kung Peninsula, Hong Kong. I had to hide behind a bush for nearly an hour before I was “rescued”. I laugh at it now, but as I stood there with my legs shaking and my camping knife in hand, I was terrified. That same night, I went out for a swim in the middle of the night with some other hikers who were camping on the beach. As we swam, our bodies were completely lit up not only because of the giant moon above our heads but also because of the ridiculously phosphorescent waters we were swimming in. It was surreal. Would I give up that experience just because of a crazy feral cow? Definitely not!”

Advice for first time solo travellers: Make sure that you’re perfectly happy going solo because there will be days when your book or your daydreams will be your only company. Also most importantly, don’t over think it, you’ll be fine. Just go!

Biggest challenge as a solo traveller: Dealing with parents!

“Have you ever felt complete freedom, like you can fly anywhere and nothing or no one can clip your wings? That’s how travelling solo makes me feel (most of the time anyway!), and I wouldn’t trade that feeling, that you can experience the world on your own terms, for anything.

To be honest, even after years of travelling solo, my parents are still not convinced or comfortable with the concept. And I don’t blame them, because it’s ONLY when you travel alone and witness overwhelming acts of kindness from strangers, that you realise the world isn’t as bad a place as we make it to be. A little bit of lying helps, and here are some tips to deal with travel-wary Indian parents”

Advice for first time solo travellers: Do your research to boost your confidence about going to an unknown place for the first time, but leave enough flexibility in your plans for adventure to find you.

Biggest challenge as a solo traveller: Telling everyone I meet, ‘Yes, I’m by myself and that’s no big deal.’ And hoping they’ll understand 🙂

“There is always so much to learn and laugh at. I’ve made some obvious mistakes and laughed so much at them that now they’ve become a favorite memory. Solo travel has taught me how to laugh at myself and not take life so seriously. Also, one thing I have understood from my solo travels is that no matter where we go, people are essentially nice and kind. The farther I have travelled, the more compassionate I’ve found people.”

To read more what other female travellers like Supriya Sehgal and Elita Almeida have to say about solo travel, read the article at the link below.

These 7 Indian women travel solo, and you can too

How to make friends in a new city when travelling solo 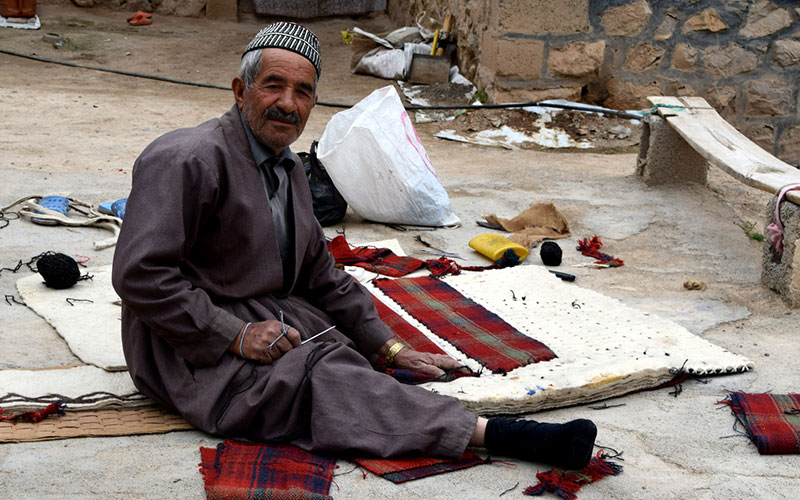 
Discovering The Faces Of Palangan, Iran