NEW DELHI — The story began on Sudder Street, the stretch of road jam-packed with low-budget accommodations where nearly all foreign backpackers end up when they reach Kolkata. One of them, a Japanese tourist, 22, was surprised to discover that her new Indian acquaintance spoke fluent Japanese and was eager to show her around.

“We made friendlyship, eating together, and talked about each future,” she wrote in broken English about a month later, when she returned to Kolkata, formerly Calcutta, to file a police report. “Then he introduced me to his friend. I made friendliship with him also.”

Over the next weeks, the woman told the police, the men used her A.T.M. cards to drain her bank accounts, then pressed her into traveling with them and finally forced her to have sex. Over the weekend, the police arrested five men on suspicion of various crimes that included theft, wrongful confinement, rape, kidnapping and criminal conspiracy. Only two of the five are accused of rape

Relatives of the accused men have denied the accusations, saying that the woman stayed with them willingly, and even borrowed money when she left at the end of December, said B. K. Chaudhary, a police official in the Gaya district. But her charges echo complaints from other tourists and tourism officials, who say some Kolkata tour guides prey on naïve visitors, befriending them with the goal of stealing their valuables.

“They are very friendly, and if they want they can talk in a very sweet voice,” said Satish Singh, who works at a travel agency in Bodh Gaya, the Buddhist pilgrimage site the woman intended to visit, and who knows one of the accused men. “They trap them. They don’t take money the first time. But then later, they make a program to cheat them. They take wine or drink, and after that it happens.”

Mr. Singh said many such crimes are never reported, especially those that include sexual assaults. “If the lady is a strong one,” he said, she might file a police report, but in most cases, “nobody will know; they will just go back to their country.”

Many Japanese tourists come to India to visit Bodh Gaya, the site where the Buddha is said to have attained enlightenment in the sixth century B.C. Stopping in Kolkata on their way, they cross paths with Japanese-speaking guides who offer package tours of the Buddhist sites, about 300 miles away — guides like Shahid Iqbal, one of the accused men, whose nickname is “Japanese Shahid.”

Soon after her arrival in Kolkata, the woman wrote in a police report, the men proposed traveling to a nearby beach. When she resisted — “I’m alone, foreigner, girl, and just a student,” she said in her report — they insisted it was too late and they had already paid for the hotel and driver. When she agreed to go, they invited her to play cards and then pressed her for more money to pay them for her gambling losses.

She returned to Kolkata with the men, the woman told the police, but was then “taken forcibly to another countryside,” where she found that her two debit cards had been used to withdraw all her available cash, about 50,000 rupees, or $790.

The “countryside” was the village of Taro, home to Sajid Khan and his younger brother, Javed, a tour guide she had met in Kolkata. Javed had built a business hosting foreign tourists in his home, about 10 miles from Bodh Gaya, earning enough money to pay for a three-story house, a Jeep, five motorcycles and a tractor, Vinod Paswan, a member of Taro’s village council, said in a telephone interview.

“Those tourists will go around in the village, take pictures and sometimes try to speak to villagers,” Mr. Paswan said. “We were not able to speak to them, because we do not know Japanese or English.”

Mr. Paswan said the Japanese woman stayed in the village longer than most visitors, 10 to 12 days, and that it was difficult to tell whether she was there of her own free will. He said, however, that Javed had boasted that he had sex with the woman.

The woman’s written report does not say that she was raped, but Pallab Kanti Ghosh, a senior Kolkata police official who is leading the investigation, said that she later reported being held against her will for 12 days and raped by two men. After leaving Taro, she traveled to Varanasi and shared her account with a group of Japanese tourists she met there. She then returned to Kolkata and made a report at the Japanese consulate, which alerted the police, Mr. Ghosh said.

On Sunday, as reporters converged on the village, family members vigorously denied the rape charges. Mr. Chaudhary, the police official in the Gaya district, said Javed’s wife, Rahnuma, said that the Japanese woman slept with her for the length of her visit, while Javed slept in another room. Mr. Chaudhary added that Rahnuma claimed to have given the woman 10,000 rupees, or about $150, for travel expenses when she left.

Another resident of the village, Naresh Manjhi, said he had seen the Japanese woman several times during her stay and was shocked when the two brothers were arrested.

“I find it difficult to believe that Javed would rape a foreign woman,” he said. “We in the village cannot say whether the woman was confined by force or living there by choice.”

Among the men arrested is Wasim Khan, who was previously arrested during the springtime holiday of Holi after being accused of selling a packet of colored powder — commonly sold for around 50 rupees, or about 80 cents — to a Japanese tourist for 30,000 rupees, or $475, said T. K. Pramanik, the officer in charge at Kolkata’s New Market police station.

Yasuhiko Tanaka, Japan’s deputy consul general in Kolkata, said that the police response in the case had been “very swift,” and that Japan’s government was “very thankful.” He said that the consulate had received several complaints from Japanese tourists in recent years “regarding being duped, cheated of money or some other things I shouldn’t mention here.”

In 2010, three men were sentenced to life in prison for the gang rape of a 25-year-old Japanese tourist who hailed an autorickshaw to carry her from Bodh Gaya to the nearest railway station. Last May, a Japanese tourist named Shinji Kutchi reported that two men living near Bodh Gaya befriended him in Kolkata, then invited him to their village and used his credit card to withdraw 350,000 rupees, or about $5,500. 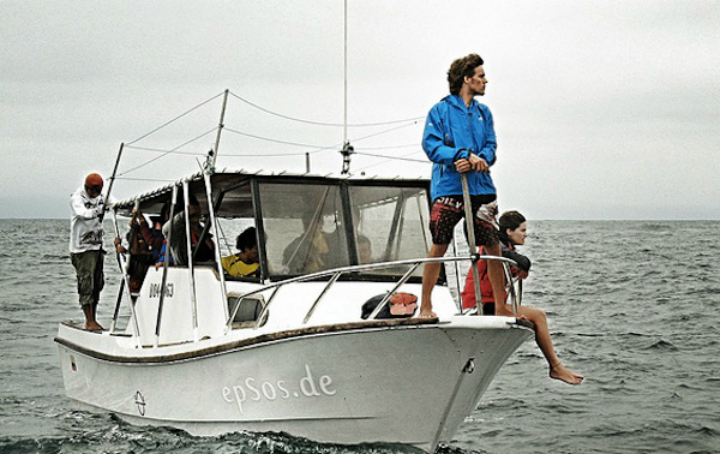